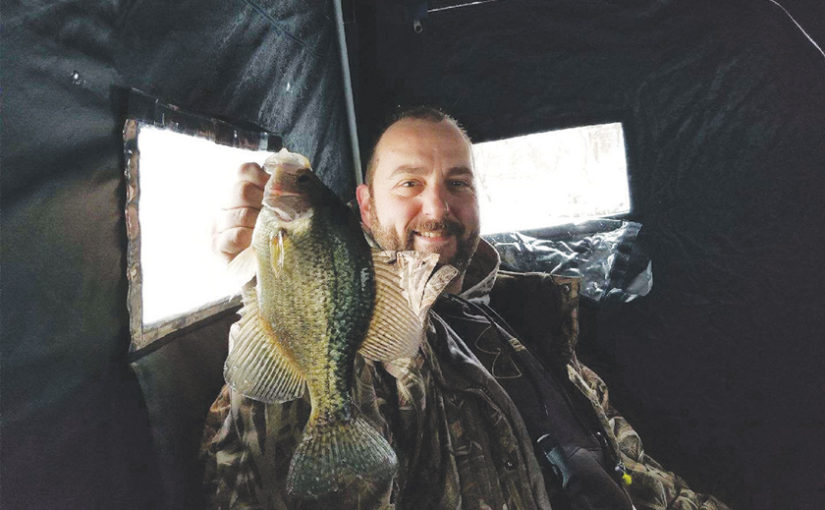 The New Year is in full swing and 2017 is a thing of the past. It amazes me how fast each year goes, and it does seem… as I get older, they get a little faster. Seasons come and go and we look forward to our next adventure.

There is one thing I like to do to kind of wrap up the season. See, my dad loved nothing more than pheasant hunting. When Caterpillar was on strike in the 90’s, it didn’t bother my dad one bit. He would spend three to four days a week chasing pheasant. His two favorite places at the time were Site M and Sand Ridge State Forest. He would drive from Canton IL to these sites several times a week just for the chance to hunt pheasants.

So now, when my season is over I try to make my last hunt a pheasant hunt. I use this as a way to celebrate my dad’s life and to ensure that I am still doing the things that he loved so much. He would be proud of where I am today, and it hurts not being able to share many of these moments with him. I know in my heart he is with me every hunt and that he watches over me and my family.

For many years this has been something I have done with my friends in January. Last year I had the opportunity to hunt with Shae Birkey and his amazing dogs. The first call I made was to see if Shae would like to share another hunt with us. Of course, he said yes… so, the date was set at Gobblers Knob in Canton, IL.

I have known Don Deul for many years. My dad used to judge trials for him way back in the early 90’s. So, he knew me as a kid and we would spend several days a year hunting his grounds. Gobblers Knob is a fantastic pheasant hunting experience. They have many large fields and one in particular I enjoy more than the others. At the back of his property is field 8 and this is a vast field of grasses and rolling hills surrounded by trees on three sides and a bean field on the other.

When you hunt this field, you don’t feel like your hunting Illinois. You don’t see any houses or other people you are out there on an island with you just you, nature and the birds. As you can see from the accompanying picture in this article, the field is really good size which allows for the birds to be spread out and always a good chance of bonus birds that someone had miss the days prior.

So this hunt includes Tim Conover, Craig Overcash, Al Schackow, Shae Birkey, Mike O’Bryan and myself. We planted 25 birds in this field and boy was I looking forward to a great hunt. As we arrived at the field Shae decided we were going to give the young dog the first go around and then we would come pick up any strays with the older dog.

I think dogs are a lot like us. When we were young, we would go all day at the speed of light. As the day wears on and the young pup has used up most of his energy you bring the old boy out and let him teach that pup a thing or two. See, the old dog is always smarter. He moves at a much slower speed using the wind to his advantage the whole way. He doesn’t get to excited until the smell of birds hits his nose.

There is nothing better than watching this dog point. The only bird dogs I ever hunted behind until last year were flushers. After spending a few hunts behind pointers, it sure does make you want a pointing dog. Unfortunately, we have enough dogs in our house and one lab and one pug (yes, I allowed my wife to get a pug…he isn’t your typical hunting dog, but he loves to bark at turkeys, so there may be hope for him!) is more than enough. See I know if I get another dog then the wife wants another dog and the next thing you know I will be sleeping on the couch because my bed has been overran with dogs. So, no more dogs for me, but I sure do enjoy them while hunting.

Shae has those dogs trained so well and I can’t even imagine the number of hours he has put into those dogs. One thing is for sure, it has paid off with some excellent hunting dogs. As we began the hunt we were just going to take it easy and take turns shooting. With this many guys it just made sense to have a couple of shooters and one backup… and if they still can’t put that bird to the ground… then it deserves to live another day.

As we enter the field it only took a few minutes and the dog was on point. He was like a rock and everybody was full of anticipation. First up was Mike and Shae. Hopefully it would take more than one shot but if it did we had backup. The first chukar hits the air like a 747 and a couple of shots rang out and with a puff of feathers the first bird was ready for table. As we continued, we had several singles and doubles of chukars and for the most part, we were shooting good enough to not let any get away. Of course, until my turn comes.

As the young dog was on point I started in his direction. It was my turn and Craig and others were there to back me up. The first bird hit the air and went in the wrong direction for me to shoot. A couple of shots from the others… and off the bird flew. As I was getting ready to turn around, I look down and there is another bird just sitting tight hoping that I wouldn’t see him. So, I yell at Craig that I was going to kick this bird up for us to shoot. As I kicked the grass… out came another chukar. The bird flew directly in front of me and with my dad’s over/under I pulled the trigger twice. Craig pulls his trigger three times and off flies the bird. Somehow, we managed to shoot 5 times at a bird that I kicked from under my feet and didn’t raise a feather. As any good hunter would do, I looked at the bird, looked at my gun… and made my excuses explaining how I just missed a bird that was served to me on a silver platter. Oh well, you can’t win them all and I think those were the only two birds that got away that day.

As we continued through the field, we started to see more of the pheasants that were planted. Man, those pheasant are in slow motion compared to those chukars. Not sure if Don fed those chukar’s some special food or what, but when them little buggers hit the air you better be ready because it didn’t take them long to get away. Now when the pheasant were getting up it felt like slow motion. You didn’t want to shoot them so close that you ruined the meat. So, you had to wait until they got out there a little ways before pulling the trigger. That option was not available with Chukar. After making our run with the young dog we brought the old wise veteran out to clean up what the young dog had missed. To my amazement we picked up the rest of our birds and we were able to see every bird that we had planted that day. It was a great day with friends and I really appreciated everyone who came out and enjoyed the day with me.

Now that hunting season has come to a close there is no way I can sit at home and go crazy so it must be time to do some ice fishing. A few years ago, I had no desire to ice fish. I had tried many times as a youngster and never caught a fish through the ice. Well, about three years ago this would change. See, I have a friend Al Schackow who is probably the only other person I know like me. He can’t sit still and neither can I. Works out well for us and our wives. If we stay home too long, we just become annoying and the wife wants us out of the house. Even though I don’t really ice fish, Al was determined to get me on the hard water. After not having ice for a year or two we finally had plenty and I agreed to go ice fishing with him. The first time out we did pretty well and I was really comfortable fishing out of the hut.

See, every other time I went fishing I didn’t have a shack. That makes it so much more enjoyable. Now, after the first time I was kind of hooked we went several times that year and had a pretty good season. For the last two years we haven’t had enough ice to go fishing so to say we were hoping for ice this year would be an understatement. Of course, as soon as we had 4 to 5 inches of ice we are there. Our first trip out, we went to a private pond in Fulton County and for the first three hours caught some nice blue gill and a nice crappie. At around 10am our friend Tim joined us and after that I never had a bite. We fished for another five hours and nothing. That lake looked like swiss cheese when we were finished but we never did get into another group. We have been out many times since. We have been to a couple of places at Banner Marsh, Evergreen Lake, and several private ponds with no luck to speak of. Usually fishing the hard water is pretty good to us but this year it seems we are having a run of bad luck. Of course, if I go by the fishing app I have… it says fishing has been poor every time I have been out. Maybe I should start listening to that. However, if I did I would be sitting around the house all weekend and that usually doesn’t work in my world. Hopefully the hard water will start to produce some slab blue gill and crappie.