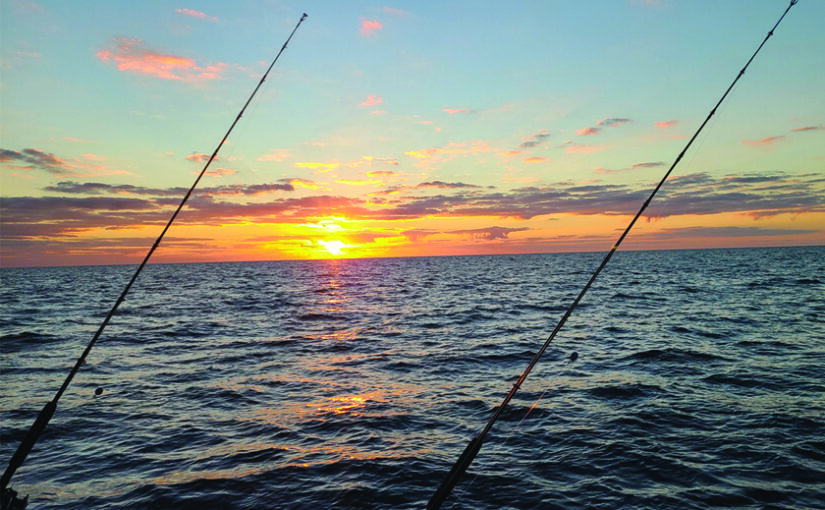 2021 ended and 2022 began in a fun fashion with some amazing friends and a great experience. The Bugos family decided to have an unconventional Christmas and head down to Florida with our friends the Bach’s. We rented a beautiful VRBO villa with 4 bedrooms and its own pool. The ladies were extremely excited! They even had count down apps on their phones and were constantly reminding us all how close it was getting for a couple of months ahead. I on the other hand, was feeling a little anxious about it. I am very much into tradition and this year was going to be unfamiliar for me. I am used to having all of my kids under one roof for this time of year and that was not going to be the case for Christmas 2021. We were set to head out early on Christmas Eve morning in order to get past Atlanta traffic before we found a hotel for a quick rest. Road tripping during a holiday creates a whole new set of experiences. Positive points – less road traffic, a smooth ride and hardly any wait at the gas station bathrooms. The challenging side was finding somewhere to eat a Christmas Eve dinner – we wound up with a fabulous Mexican meal and a fun evening of laughter with our people.

After one night in the hotel, we jumped on the road to our final destination. Cape Coral Florida was our target, and we all were looking forward to the warmer weather and the kids just wanted to get in the pool. We arrived in the early afternoon and were excited to begin our adventure.

We settled into our fabulous home for rest of the day Christmas Day and in the evening went looking for a nice place to eat. One thing we didn’t consider was the amount of people that would be going out to eat on Christmas in this tourist destination. Every place that was open was filled to the max and I kept thinking “Man, if we are going to get Covid this maybe where it happens.” Finally finding a Korean BBQ restaurant with room for our crew of 7, we waited patiently on our table. Once we sat down, I’ll admit, it was hard not to think about my other kids who weren’t with us today. It was Christmas and for the first time in my life I would not be with my kids and family. (Side note – we did celebrate Christmas with my adult children before the trip. I’m just extremely sentimental and tradition is important.)

On Sunday we drove around conducting a different type of scouting. We were not scouting for ducks. This time we were scouting different beaches trying to decide which one we would go to on Monday. After searching several beaches, we seemed to land on Sanibel Causeway Beach. It was a nice long beach with good parking and even a set of bathrooms for the ladies.

We arrived at the beach on Monday and watched as the kids looked for shells as the adults were sitting under the sun, soaking up some much-needed vitamin D. I noticed some guys fishing down by the bridge. I thought “well I might as take a walk and see how the fishing is.” We were planning to go out on Tuesday with a charter and thought I would get some intel. I walked over to a man fishing off the beach and we started talking. I knew the voice was from up north. Low and behold, it was a gentleman who lived in Davenport, IA and was originally from Minnesota. He was down there visiting his grandparents and trying to catch some fish. He said he was catching several fish the only problem was they were puffer fish, and he wanted no part of them. We talked for a few and went our separate ways.

One of the things I was extremely excited about was going on an ocean charter. I had fished the ocean a few years ago with some friends from Florida but we went the entire day with not even so much of a nibble. We tried many different areas that day to no avail. I was ready to catch some fish. I have heard many people talk about filling coolers with fish, but you had to go 25-30 miles offshore to do so.

As Tuesday morning rolled around, I was excited to get to the boat. We were heading out with Mac-Attack Charters and Captain Lewis. There was six of us heading out to fish with Captain Lewis. As we arrived at the boat, Captain Lewis was getting the bait ready for the trip. We were going to be using sardines and fishing them right off the bottom. It was an amazing view watching the sun start to rise as we set out on our 1 ½ boat ride to the fishing grounds. The rocking of the boat must have been relaxing as the kids and my wife were all asleep within minutes of leaving the dock. Brandon and I just watched as the sun started to break over the skyline as the buildings and land became smaller and smaller. Then all you could see is the bright blue ocean.

We arrived on location, and we started to get setup to fish. Captain Lewis stated you let it drop all the way to the bottom and then reel up a couple of times and keep reeling there will be a fish. If there is not a fish in thirty seconds your bait is gone. On my first cast down to the bottom as I reached the bottom I began to reel. As I did it felt like I was hooked on the bottom. I looked at the captain and said I must have a snag. Captain Lewis laughed and said “no you had a smaller fish bite your hook and a big grouper probably grabbed it.” He said it would break right off but there was no way I wasn’t going to try and land this beast. I didn’t care we only had 15lb test I was going to try. I tried to bring the fish off the bottom, and it would move a little from side to side but that big boy was not coming to the surface.

It didn’t take long, and everyone was catching fish. Brandon seemed to have the hot hand for awhile and he was pulling fish up one right after another. Then came Kaitlyn, Lucas and Ella’s turn. It was great to see their faces as they reeled in fish they had never seen before. Watching the kid’s face as they reel and pull in beautifully colored fish was one of the highlights of the week. They really seemed to enjoy the fishing and I really enjoyed watching them. Everyone had caught a few before the captain decided to try one more area before our long trek home.

It wasn’t long after we arrived at the next spot that Brandon hooked into something big. Captain Lewis didn’t think he would be able to get it up but he did. When it finally broke the surface, it was a nice 15lb Red Grouper. The only issue with that was it was December 28th, and the Red Grouper season didn’t start until January 1st. It was kind of a bummer since we brought in several that trip but wouldn’t be able to put them on the table for supper. We caught many different species of fish, but we only kept the Mangrove Snapper and Lane Snapper.

After an hour and half of fishing we had to set sail for home. Basically, we were riding on the boat for 3 hours to fish for an hour and a half. If I had to do it all over again, I would go for the full day. That would give you four hours or so of fishing and you would probably be able to fill a cooler of fish to bring home and it would have been so worth it.

After getting back from the fishing trip we were all anxious to eat the fish. I had never prepared this type of fish, so we asked the captain what his favorite way was. He said just salt and pepper, pan fry it in butter for 3 to 4 minutes per side and serve. So that is what we did for some of it and we baked the rest in butter in the oven. I was worried that the red lines in the meat would mean it would be strong to the taste. I was wrong. The Lane and Mangrove Snapper were amazing to eat. They were right up there with Crappie and Walleye if you ask me. It was a nice flakey white fish with amazing flavor. I really wish we would have had a cooler full to bring home. Instead, we ate them all up that night. I thought we could go buy some at one of the fish markets and take it home for other to try. Then I saw the $25.99 a pound and decided I would pass.

I did try several different fish at different restaurants, and I can’t say any of them were bad. I tried a couple of different kinds of grouper and red drum, and I must say all of them were very tasty. I didn’t expect those fish to be so clean and good.

As the week went on, we spent time relaxing, went to the beach again and then it looked like Friday’s weather wasn’t looking great so we decided to hit the aquarium on our last day in Florida. The kids have been trying to see a manatee all week to no avail, so this was our way of making sure they got to see a manatee. We went to the Mote Marine Laboratory and Aquarium and had a great experience. If you are ever in Florida, I hope you check it out. They encourage you to touch stingrays, sharks, and other marine life so it was very interactive for the kids.

As our week came to end, we headed back to Illinois. It was kind of depressing as we were leaving 85 degrees and looking to get home it would be 12 degrees and several inches of snow. Boy was that a shock to my system! I believe it took me two days to stop shaking. It was a great Christmas week with some of our dearest friends.

If you are ever down in Cape Coral and looking for a nice fishing trip. Give Captain Lewis a call at Mac-Attack Charters 941-763-9710. I am sure I will be making a trip to Florida again just for the beach and fishing.