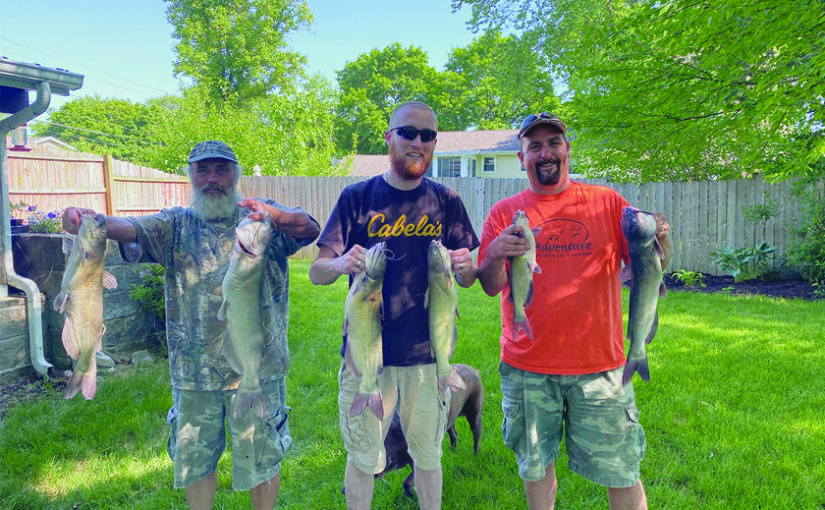 Hello again friends. I am starting to think that 2020 is cursed. It seems every time we think we are turning a corner as a state and as a nation, we have another setback. These times are unprecedented and I feel bad for our younger generation and what the future holds. Our world continues to change on a daily basis and most of the time it doesn’t seem to be in a positive way. You watch the news and its just heart breaking. I just wish our media would find the good in stories instead of always trying to find the bad and prey on it. I remember when 9-11 happened and where I was in that very moment. A moment none of us will ever forget. For days I would get home from work and be glued to the TV. Yes, much of it was the same over and over again but we all knew that this event was changing the way we live and how we think about terrorist groups. I know we followed the organizations and knew they had plans to destroy America but we never realized how large their attack would be. Now we facing an extraordinary time in which a pandemic has hijacked our everyday life. As I hear the new school schedules that are possible this fall, it breaks my heart. Kids are meant to be in school interacting with other kids. I completely understand the reasoning behind the new potential scheduling strategies but it doesn’t make me feel any different about my child needing social interaction with her age group on an almost daily basis.

Initially she seemed fine for the first couple of months when they began e-learning, then I started noticing she wasn’t her normal smiley self and I knew that she was missing her friends. Talking to them on the phone just isn’t the same. As we were nearing Memorial Day weekend we were trying to decide if we would take our annual camping trip. We had been cooped up for a couple of months other than our fishing trip to Shelbyville and it was time to step out and do a little camping. Of course some of our friends were in the same boat and we all decided it was time to step out from our homes and spend some time with each other and enjoy each other’s company.

As Memorial Day weekend approached I was talking daily to friends and making preparation for the weekend and I could hear in each and every voice that they were all excited to get out of the house and enjoy life. The day arrived for departure and everyone was a little antsy. I arrived at camp to setup before Leah and Ella arrived in the afternoon. After a couple of hours everything was set and ready to go. Tents were up. Tables were set. Firewood is ready for lighting and its time to relax and wait for the rest of the troops to arrive. As the day went on, people trickled in and at some point there was a few more than I anticipated. Luckily, we have plenty of room to spread out and keep everyone safe. Ella was in heaven. Being the entertainer she is, she had three girls to keep entertained and to be honest it is exactly what she needed. She was smiling from ear to ear and the next thing I know the kids have their life jackets on and heading to the canoes. I thought to myself there is no way those kids go out in the canoe and not flip it but I figured we all had to learn our own way. I am not sure how long they were out that first trip but it seemed like an hour or so and the entire time we are sitting around the campfire and all you can hear is the birds chirping, frogs croaking and the giggles and laughs of kids. It was something we all had been missing. After there first trip it was time to relax and eat some dinner and prepare for a night of stories around the campfire and smores for dessert.

Saturday morning waking up to the sound of nature and the tent heating up was a blessing. It seems every year I plan on camping more but with all of my hobbies it seems to take a back seat pretty quickly. After breakfast we loaded the boats and prepared for a day of bluegill fishing. As usual we were catching fish. Not as many as normal but most were the size of your hand so it was nice to catch some bluegill that will be great in the fryer. We fishing all morning and every group had 30 to 40 fish… mainly bluegill but a few nice crappie were in the fold along with a few small bass. We cleaned the fish and watched the kids play in the canoes and run the banks of the lake. At one point the kids found several new baby turtles. They got the biggest kick out of the new hatched babies and showing everyone that was around and would listen. They kept them wet and after an hour or so we made them release them back to where they belonged. Of course there was a farewell speech to the turtles.

As the afternoon passed Brandon and I decided to head out to try our luck at fishing. The kids were going out in a couple of canoes, Ella and Lucas in one and three other girls in the other. We were just coasting around catching a few fish when all of sudden I hear a scream. I turn around in the boat and I see Lucas standing in the boat with the group of girls and my daughter Ella attempting to jump from one canoe to the other. As I see her foot push away one boat in an attempt to jump to the next with no success whatsoever. I panicked at first because she went straight to the water and I couldn’t figure out what was going on. As we turned our boat I am watching Ella try to get in the canoe over the side. I am screaming “you are going to dump everyone in the water!” Obviously, she wasn’t listening to dad and somehow crawled over the side of the canoe without dumping the whole group. By this time we are about to their canoe and we are asking what is going on. Well, when they were trying to get some shade underneath the trees… a water snake decided to fall into their canoe from the branches. Somehow little Lucas jumped from one canoe to the other with no issue. Ella on the other had didn’t fare so well. I am still giggling.

Well you would think this story is over but no, Brandon and I had to go get the canoe and paddle that had been left behind. Of course it was up under the trees by now and the paddle was in the water so as we pulled up, Brandon grabbed the boat. As he looked into the boat he said “its still in there.” I decide to take a look and when I do that “cobra” looked me straight in the eye and decided I was his next meal. Yes… I jump out of my shoes and forgot to hit reverse on the trolling motor and proceed to ram my friend Brandon into a bunch of sticks sticking out of the bank. Not one of my finer moments, but I don’t think I screamed. At least I don’t recall it.

In the evenings on Saturday and Sunday we put out a few homemade noodle jugs and ran them a couple of times a night and the mornings. We caught a few nice 5 to 6lb catfish but they were really full of eggs, so we released them to have their babies. It was such a fun weekend and it was something we all needed. I know the kids needed it but after that weekend I realized it was something Leah and I needed as well. We missed our friends and it was nice to spend some quality time in the outdoors together.

A couple weeks ago my stepdaughter was in town for a week with her boyfriend Ace. Ace has recently gotten into fishing going with his family to the boundary waters and wanting to do more fishing in Wisconsin and other places. He has never really had much luck fishing. Even on the boundary waters they only caught ten fish in a week, so I thought a trip during Illinois Free Fishing Days maybe the way to get him on some fish. So, on Saturday my buddy Al, myself and Ace headed to the river. I know if I was him, I would be nervous going to river with my girlfriends dad considering he loves to hunt, fish and protect his family with guns. Luckily, he knew well enough not to think that way but keeping them (boys that date our daughters) on their toes is not a bad thing. We started off and caught a few. Al seemed to have the hot hand. It was pretty slow, so we moved a few times and we would catch one here or there but nothing like normal. We finally found a spot where we caught four or five and then we had an interruption from another boater. Someone decided to run their boat in and stop… not kidding 15 to 20 yards in front of our boat where we were fishing. I won’t go into details I decided it was best to just pull anchor and leave and instead of saying what was on my mind. I think karma set in because our next spot we had four fish on within about ten minutes. We caught several more in the spot and finally around 3pm it was warming up and time for us to head for the ramp. We ended up with 23 catfish and Ace really seemed to enjoy his day on the water. So next time you go fishing think about calling a neighbor, friend or relative who doesn’t fish and get them on the water. I think my father in-law is next. May your sunrises and sunsets be magical!