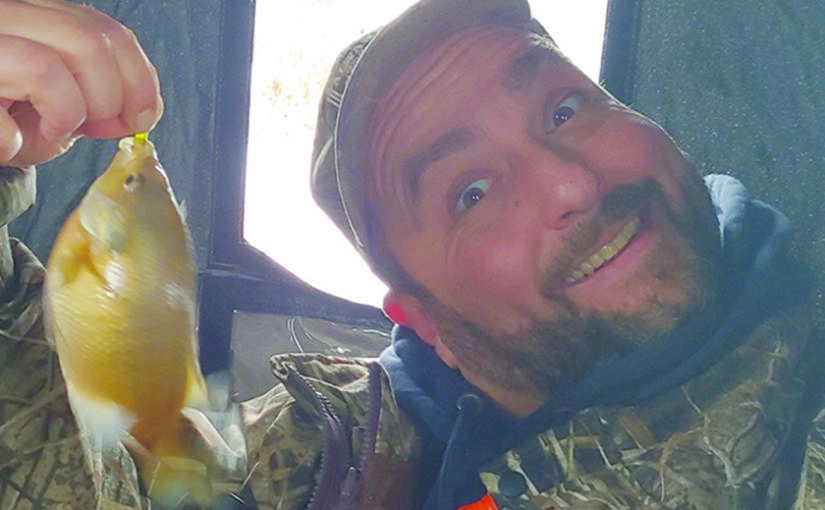 Well goodbye February and Hello March. It’s definitely time to start thinking about putting some miles on the legs and see if the antlers are hitting the ground. I am sure there are some that have dropped already and others they may hold onto them for another month. It seems every year in March I have several pictures of deer who have lost their antlers and then some that still are carrying the bone around until the end of March. Usually by mid-April I don’t see any old antlers just the beginning of a new crop. I enjoy checking the cameras all year. It gives you a good sense of the everyday activity through the spring and summer. You can use this information to your advantage in the early season. I usually don’t hunt much in October.  I prefer to stay out of the woods until after opening weekend of duck season. After I get my duck fix then I start heading to the deer stand more regularly. So, as you all set out to shed hunt in the next few weeks don’t get discouraged if you don’t find any right away. I have walked through the same 160 acres multiple times and not found a one then all of the sudden I get lucky and find a few. Besides most of us are getting stir crazy by now so you might as well get a little exercise and start preparing for the 2020 season.

February is usually my month to spend a little time on the hard water. This is something over the last ten years I come to look forward too. Not sure if its because I can’t sit still or there is no other fishing or hunting going on for me or just another outdoor addiction. This year has been a little unique. We have had years where we have been on the ice in December, we have had some where we never get enough ice to fish and then you have this year where you get 5 to 6 inches of ice for a few days then it warms up and you don’t know if the ice will be safe enough to go. Luckily, I have been able to get out a few times. The first time I received a call from Reagan Smith with Reag’s Guide Service asking me if I was busy during the week and if I had time to go ice fishing. Well did I have the time? Will I make the time? The answers is usually yes and on this day it was just that. We planned on meeting at 8am the next morning to go to Reagans little honey hole. Sorry directions or address is not available at this time. We met up and headed straight to the pond. I have heard stories about this place and seen many pictures of the bluegills that have come out of there. I mean they are truly giant bluegill. You hear people talk about giant bluegill and your always like whatever. I have to see it to believe it. Well once we arrived at the pond and determined the ice was safe, we fired up the auger and started drilling hole where Reagan said was our best chances. I set up the hut and started drilling a couple of holes when I turn around and off goes the hut. I mean there was a little wind but there was no catching it. So, after a slow walk over to the bank to drag my hut back I continued to drill a couple of holes. Once set up we started marking fishing swimming around on the bottom. It didn’t take too long and a fish was on. As you can see in the pictures, they were really nice bluegill. The fish were not biting great, so we moved to several areas around the pond with not much luck. We ended back where we started and scratched a dozen or so nice bluegill. It was a great day. I know Reagan wanted us to fill a five-gallon bucket full that day, but I was just grateful for the opportunity go catch a few bluegills that size. I bet I haven’t caught bluegill that big in 15 or more years.

My second time ice fishing we went back to the strip pits near Farmington, IL. We set out early on Saturday morning to get there at first light. It seems the first few hours after daybreak seem to the be the best for us then usually around noon it slows down quite a bit. We had a group of us heading to Farmington this day. We had Al and I in one hut and Dylan and Reagan in another. We started catching a few right off the bat but nothing with any size. We worked around a few trees that usually produce quite a few bluegill and crappie, but we were only catching the small fries. After a while Dylan and Reagan started working around trying to find a spot to catch some crappie. After a few holes with no luck they headed farther down the lake to a couple of more trees. They drilled their holes and it wasn’t too long after that Reagan caught a nice crappie. It seemed every half hour or so he would catch a crappie and before you knew it the time was getting close to noon and he had some other priorities he had to take care of so Reagan and Dylan left with a few crappie and couple of bluegill. I wouldn’t say we had a bad day on the ice it was just a day where we caught a lot of little ones. So, we packed our hut up and headed for home. We had plans the next day to try out a new location we hadn’t been in a couple of years so we didn’t want to burn ourselves out. So, Sunday comes, and we are up bright and early to head over by Victoria. I have a friend who has a couple of nice lakes that he has made, and I was curious to see what we would catch through the ice. He has set this one lake up for smallmouth bass and has added in a few walleye and northern pike. We were excited to try something new. We went back to a spot where we caught a lot of little largemouth bass in 2017 to see if we had luck. The lake was several feet higher than the last time we were there, so we knew where some of the structure was and sure enough as soon as our lines were in the water we were getting bites. The only problem was they were all baby largemouth bass. It was almost a repeat of two years ago. We searched the lake at different spots to see what else we could catch but didn’t have any luck. We decided to fish by the dam to see if we had any luck in the deepest spot. We saw fish on the Hummingbird but couldn’t entice them to bite until the next thing I know Al has something on and its not a small largemouth. It gave him quite the fight and when it come through the hole it was a nice little smallmouth. First time I have witnessed a smallmouth caught through the ice. It was nice to try something different. We knew there wasn’t any bluegill in the lake, so we tried our best to hook into a giant smallmouth, largemouth or even a nice walleye to no avail. It was another good day on the ice.

After a week of nice weather and worrying if the ice was safe, I gave my good friend Mike O’Bryan a call to see if he had checked the ice and if he was going fishing. Sure, enough he was so I thought I better try to get on the ice one more time before the rain and warm weather disintegrates the ice. I called Al and Tim to see if they were up for one more time on the ice and of course they both were but unfortunately Al had other plans, so Tim and I headed to Irish Acres to meet up with Mike. We arrived around 7:30am and checked the ice. It seems we had between 5 and 5 1/2” so I was comfortable in heading out. The only issue is where Tim and I had a good day a few weeks before was open water a few days before we arrived. Needless to say, we were not going to venture anywhere near that area. We caught a few fish here and there. Tim hooked a really nice Crappie and a few bluegills. We finished the day early as we had other commitments, but it was sure nice to get out one last time before it all disappears. Now its time to finish the March issue and head to Indianapolis for the Deer, Turkey and Waterfowl Expo. If you come to the show stop by and say hi.