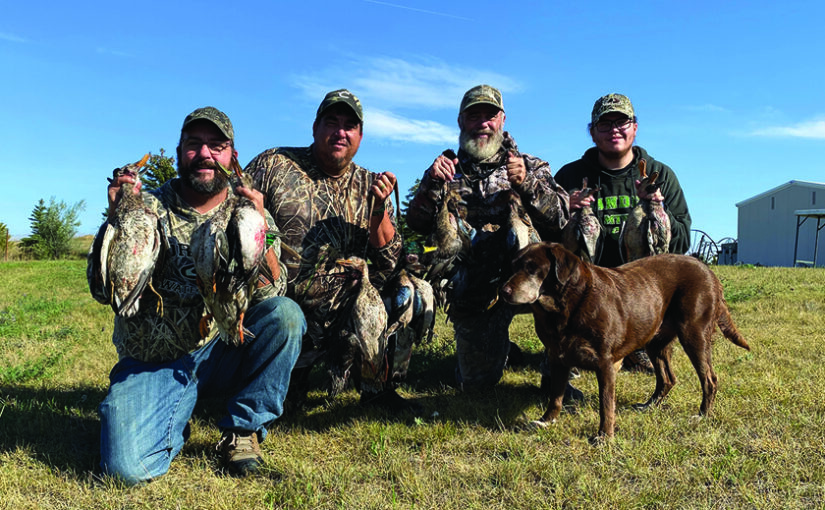 It has been an adventurous month and we still have a week or so to go before it’s over. I received a call from my good friend Brandon Bach a month or so ago asking if I would be interested in going to Broncos/49ers game. I haven’t been to a professional football game, so I thought here was my chance. I agreed to go with him, and it just happened to be the weekend before I was to leave for North Dakota.

Our plan was to leave on Friday, stop in Nebraska then continue on to Colorado for the game on Saturday. One thing I sure didn’t account for was I was going to be in a car 12 hours on Friday, another 8 on Saturday, then turn around on Monday and drive 15 hours home. That wouldn’t be so bad but I had another  12 hours of deliveries on Tuesday and 10 on Wednesday. I was then scheduled to leave at 9:00pm on Wednesday to drive another 15 hours overnight into Thursday. I wasn’t sure how I was going to handle 5,000 miles in less than a week, but hey it’s that time of year so I figured you might as well suck it up and enjoy some time with friends.

After staying the night in Nebraska, we decided to head to the Rocky Mountain National Park. I was very excited for this since I was a parks and recreation major in college and my minor was urban forestry. Trees and wildlife have always intrigued me.

We arrived at the Rocky Mountain National Park and it was packed with people waiting to get in. We waited for around an hour to get into the park and when we did, it didn’t disappoint. The amazing views from the Trail Ridge Road was quite a site to see. My main objective was to see some Elk. People were lined along the meadows hours before sunset to hopefully catch a glimpse of some Elk during mating season. As we traversed the road we saw turkey, antelope, and some mule deer. It was my first experience seeing a live mule deer, so I was on cloud nine.

We arrived at the peak of the mountain I realized how thin the air was. It was kind of hard to breathe and the temperature at the top was only 48 degrees. At the bottom of the mountain, it was 70 degrees. Quite the difference when you a few miles higher.

As we looked over the valley at the top of the mountain, I spotted what I thought was elk at the bottom of the basin. Unfortunately, we didn’t have any binoculars to see for sure. I noticed a family with their binoculars looking for some elk. I pointed them out to the couple, and they were gracious enough to offer us a look. We could see one bull and at least six cows but it was hard to keep track as they kept mingling in and out of the trees.

On the other side of this valley was tundra, another first for me. I have never seen real tundra and was quite amazed on how you could have vegetation at one level and a few feet above that was quite barren. The views and experience is one I won’t soon forget.

After some time at the top, we were ready to head down. My head was pounding, and I was ready for some oxygen. As we headed down the mountain, we kept scanning for elk. After about a hour we were almost to the bottom and the traffic stopped. It took us another half an hour to go a few miles but once we were at the bottom, we realized what everyone was looking at. There was a nice big bull who had a group of 12 cows with him and he was chasing them around the meadow. There were many people with large cameras taking pictures. It really was something out of National Geographics. It was a great end to the mountain drive.

After the national park we headed towards our final destination just a few blocks away from both the Rockies baseball stadium and the Broncos stadium. It was a perfect place to be if you were attending a game in Denver.

On Sunday we decided to go find a sports bar to watch a little Sunday football. The Broncos game was a Sunday night game and I wanted to watch the Bears and some other football before we headed to the park. We had a great lunch and watched the game. After the game we decided to head over to the Rockies game. It was already in the 4th inning, so we found a scalper and paid him $20 for two tickets. Anyone that knows me knows I love me some baseball. It is my favorite sport. We arrived at the stadium and watched the game until it was time for us to head back to the hotel to get ready for the night game.

Luckily, we were close, so walking was much better than dealing with traffic. We arrived at the game and to my amazement I enjoyed it way more than I expected. As much as I love baseball, I really think watch football live is way better. You get to see the wide-open receivers that are missed as well as when a running back makes the wrong cut. You just don’t see those things on TV. Now with baseball you pretty much see everything on TV but football that is not the case. I am sure will be getting some tickets to the Bears game next year and hope to return the favor to my friend Brandon.

After we arrived home and ran my paper route for a couple of days it was time to head to North Dakota. This is one of my favorite trips of the year. We had six people going this year and I was excited that my buddy Tim would have his dad and son with him at the same time. Three generations hunting in North Dakota was special to me. The reason we started this trip was my dad became ill with dementia at the a very young age of 52. One of his bucket list items was to go to North or South Dakota duck and pheasant hunting. I wanted to fulfill this dream of his why he still was able to enjoy it. Now 15 years later we are still making the trip north and I can’t see myself stopping anytime soon.

We were driving north, I started to look at the weather for the week. To my surprise it was going to be warmer in North Dakota then in Central Illinois. I was a little worried this would have the ducks sitting on butts all week. We arrived in North Dakota around 1:30pm on Thursday and to say I was beat was an understatement. After arriving we headed to town to get groceries for the week and to start a little scouting.

We were driving to our groceries, we were seeing ducks on every piece of water. Last year was very dry and this year it seemed that some of the water was back to normal. Everywhere we looked seem to have a few dozen ducks. My excitement was starting to take over and I didn’t seem tired anymore. We got our groceries, made one last stop at Scheel’s and headed back to our home for the week.

Friday is always our big day. We start before daybreak and get to our spots to see what the birds were doing in the early morning. We scout most of the day and contact farmers for permission and lucky for us we never seem to have a problem getting permission. Now the reason we don’t have trouble is we take the time each year after we leave to mail them a thank you card with a $50 gift card inside. Each person in our group puts $50 in the pot and we send out to those we are hunting on. When we call the next year, they know exactly who we are and never get told no unless there is a big deer someone is hunting in that particular slough.

After Friday we had so many options it was hard to choose. This has never really been in issue before. We usually find three or four decent spots for the week and then we have a few days where we just find a nice pothole next to a lot of birds and take our chances. This year we didn’t have that issue as everywhere we seemed to go, we had a good concentration of birds.

Opening morning arrived and it was time to start the week. It sure didn’t take long. In the first ten minutes of shooting time, I had my limit. This seemed to go on day after day. There wasn’t one day in all of the days we hunted that I wasn’t limited out by 8am. It was by far the most fun I have had with my clothes on.

Our entire group was shooting limits, so we had to concentrate on eating ducks in order for us to keep hunting. We had ducks on the grill, ducks in the oven, duck stir fry and even our dogs ate some ducks that week. Not recommended for dogs because the duck farts will make you jump out of the truck. Needless to say, the dogs had the hole house stinking so we had to cut them off from the ducks.

This year we saw a lot of green wing teal. Some years we don’t see but a few but it was pretty constant all week. We shot a variety of ducks. We had mallards, green wing teal, blue wing teal, pintail, redheads, gadwall, spoonbills, and wigeon. We had many great hunts, and you will be able to watch some of the action on the next episode of Adventure Sports Outdoors TV.

Now it’s time for me to finish up the November issue of the magazine and prepare for my Missouri deer hunt. I have been waiting all year to get back on a big giant whitetail. Last year was the first year in many years I didn’t harvest a deer. The freezer is low so this year I will be looking for nice doe for the freezer and then wait on Big Luey.

Good luck to everyone in the woods this month. Please make sure to take a kid hunting you won’t regret it. We need to get as many young people involved in this sport so, please take time to take your daughter, son, niece, nephew or neighbor. You may just find a new hunting partner.