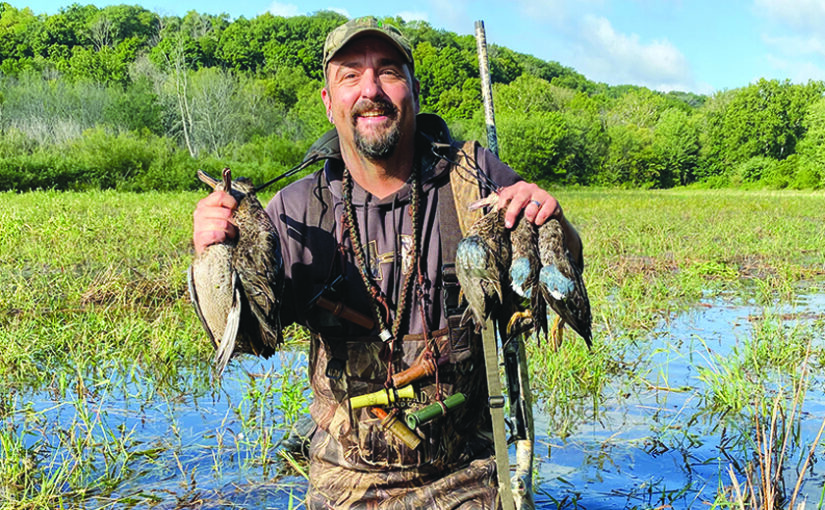 It’s been a great month and I’m looking forward to my next adventure in North Dakota. Since my other trips have kind of fallen by the way side in the wake of 2020, just to have one trip on the books for October is a relief.

For several years I have talked to people about crappie fishing the Illinois River.  I know there is crappie in there but have always thought about it being difficult to find them in such a vast area. Every year we seem to have at least one flood and I always hear rumors of people catching crappie, bluegill and everything in between at a couple of overflows on the river. I have some thoughts on where I think a couple could be but just have never made it a priority to check it out.

A couple of weeks back, a friend of mine was talking about 13 to 14 inch crappie coming out of the river around Chillicothe. I have fished that area for quite some time but never for crappie. Usually, we head there for a nice relaxing catfishing trip where we can anchor up and catch as many as we desire to clean. The problem now is, I have enough catfish for the year, just nowhere near enough crappie to get us through the winter. We are not the type of family that eats fish every week but in the winter it’s a couple of times a month. So I looked at Leah and said “you want to dedicate a day to trying to catch some crappie on the river?” She looked at me like I was crazy.  I had to explain I have been told about a certain area and I would like to give it a shot to see if we could find some crappie a little closer to home. So we decided to head out on Sunday hoping to put a few in the boat. Of course a couple of phone calls later to some friends and there were two boats and six of us headed to the boat launch.

We arrived just after sunrise on a beautiful cool Sunday morning and we headed to the location we had received the tip about. I scoured the area looking for some crappie but really didn’t see much to get excited about. I figured we might as well wet some lines do a little trolling around to see if we can’t find a school of slabs. We seemed to be getting nibbles but more like a bluegill than a crappie and we couldn’t hook them to save our life. A couple of hours went by and I figured I was on a wild goose chase. Eventually, a couple of teal hunters came cruising by and I asked how their hunt went. They stated there was more teal than they have seen in years! Here I am sitting in my fishing boat. I thought to myself “that seems about right for the year.” I love my duck hunting and here I am, the second day of teal season, crappie fishing the river. Oh well you win some you lose some.

the bright side, the hunters did say there were nice big crappie that come out of this part of the river, so I was a little encouraged. We continued on our way fishing and not 10 minutes later there is a nice tug on my line. The hook was set and a few seconds later a 12 ½ inch crappie was lying on my deck.

Not just a 12 ½ inch crappie but a nice thick healthy crappie. I was amazed! It looked bigger and healthier than any of the crappie I get out of the surrounding area lakes. I was excited to say the least. We kept fishing for a while longer and Tim was in the back of the boat losing his patience so he started bass fishing. Sure enough, it wasn’t long and Tim was catching little largemouth bass and getting hits on most every cast. We continued looking for the big school of giant slabs I see in my dreams and bam! A thump on my pole and I knew instantly this was a nice fish. Hopefully it was a crappie because it wasn’t a 10 inch fish. It really didn’t want to come anywhere near the boat and I had it hooked on my 10’ ACC Crappie Stix. I thought I had my biggest crappie ever. After a minute or so of wearing it down, we finally netted the fish. Boy was I every excited! I thought for sure it was 14 inches but my excitement had me making it bigger than it really was. It was just shy of 13” but man; it fought as good as any crappie I have ever caught.

Even though they were the only 2 crappie we put in the boat that day, it was my first time catching crappie and largemouth bass on the river. As we packed up I received a picture from the other boat, Stephanie caught a nice 29” northern pike. So it was a good day of learning something new.

I am sure you can imagine, after learning that the teal had arrived in full force for season, I thought it was time to start flooding the duck grounds to see if we can get enough water on the grounds in a week to entice some of those blue rockets. We put our boards in to control the water and most of the crew didn’t think there was a chance we would get water. I was kind of skeptical but I also know you get a good rain or two and you have huntable water.

Luckily for us that is exactly what happened. We received about 7 inches of rain in a week and my buddy is hammering on me to go on Saturday. Of course I wanted to go but it looked like it was going to be a monsoon that morning. Sure enough I get up and walk outside and it’s raining but not bad. I thought I can handle this and then the lightning struck and the heavens opened. It started pouring and looking at the radar, it was not going to break until 11am. Hello not happening. I call Al and say I am out. He says he was already in route and going to give it a shot. One hour after shooting time I get the picture. Limit in 30 minutes. Really? I should of just went but no. My old self said “are you completely nuts?” While my 25 something self said “that is why you go no matter what.” Some of my best days have been when all of my friends backed out so I guess Al got to enjoy this hunt by himself.

After receiving the picture I made a few calls and lined up the group for Sunday. I was hoping that Sunday would be just as good but usually that is not how it works out. We were supposed to have five guys show up on Sunday but a couple of family matters got in the way and we only had three of us. Man, did we have a ball. We arrived about 15 minutes before shooting time and as we are setting out decoys a group of ten landed just feet from me. They were like gnats right before shooting time. I am sure we had well over 25 teal and a dozen or so woodies in our decoys in those 15 minutes. Talk about heart pounding. I look over at cocoa my lab and she is just chomping at the bit. Looking and me and the guys like “what the heck are you waiting for? Pound away.” She did well. She can get pretty worked up her first couple times out of the year but she held her ground and just waited for the sound of the safety to go off. Of course right at shooting time we only had a few buzzing around but they were in the area so we waited for first group to come to the decoys to pull the trigger.

It wasn’t long and the barrels starting shooting fire and the birds were hitting the water. It was perfect. We had several small groups and pairs come in and present us with great 25 yard shots belly up. We each had five after about an hour of shooting time. It seemed every 15 minutes or so a few more would swing in and we would put them to the water. After a half hour, in came four and as each one of us pulled the trigger three fell from the group and we were done. I couldn’t have asked for better day of duck hunting. Maybe we can get one more in this week.

I was working on the magazine the other day and got a call from a friend inviting me down to this event they were having at Sankoty Lakes Resort. I heard about this event last year where the “Marathon Man” Jeff Kolodzinski fishes for 24 hours raising money for the charity Fishing For Life’s NexGen Program which provides outdoor programs and mentorship for children of military families. What a great cause to be a part of. Last year’s event took place at the Giant Goose Ranch outside of Canton, IL. This year the new Sankoty Lakes was the venue.

Last year Kolodzinski set the Guinness World Record for most fish caught in a day with 2,175 fish in 24 hours. After finishing the event at Sankoty Lakes Resort the unofficial number is 2,645 fish. Now that is a lot of fish in 24hrs. This was a live event and donations where coming in from all over the United States. Some would even give him a challenge of if you catch four fish in one minute they will donate $250. I saw John do this twice and I’m here to tell you he is serious about raising money for this great cause. Hopefully next year I will get this info in the magazine before the event so many of you can help this great cause.

I can’t talk about this event without talking about Sankoty Lakes Resort. Nestled on the banks of the Illinois River at the edge of the Sankoty Aquifer, Sankoty Lakes is a stunning wilderness resort in Spring Bay, Illinois. The resort is home to some of the cleanest, clearest water on Earth.

This level of water quality presents a unique opportunity to raise over 20 species of fish in our state-of-the-art fish hatchery and our mile-long trout stream. Additionally, Sankoty’s unique location along the river and controlled-cell wetlands attracts thousands of migratory waterfowl every year.

Sankoty Lakes offers some of the most amazing fishing, birdwatching, photography and outdoor adventure experiences in the world.

From incredible fly fishing and traditional fishing to hunting, hiking, biking, canoeing, kayaking, swimming, birdwatching, and endless outdoor adventures on water and land, Sankoty has something for everyone, regardless of age or ability.

They will be offering a four-season event venue, RV camping, glamping cabins, ADA cabins and a private guest ranch at 1840 Ranch just a few miles away. Check them out on the website at www.sankotylakes.com and like them on Facebook.