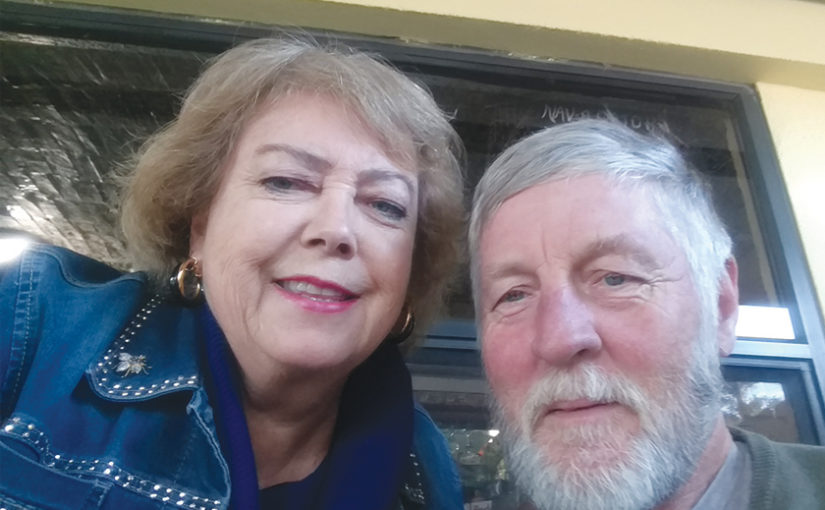 It was one tough winter in the heart of America, it is almost over let’s all hope. We will be headed back the end of April and looking forward to seeing old friends and family. We enjoy the tropics and the warm weather but there is no place like home. Here in Florida it is the real melting pot. I say with pride being a Midwestern boy we are some of the nicest folks on the planet. There are some friendly easterners but don’t light a candle to you and me.

It seems New Jersey lost over 2 million residents the last 10 years due to high taxes sound familiar? I think they all came here to SW Florida. I don’t have to elaborate on these people I think you already know if you have ever been out east. But that being said it will be refreshing to open a door and the person you opened it up for will say thank you. The Midwest is the home of yes mam, no mam please, thank you, good morning; good night have a nice day and all the other things we were taught as children.

In 1940 the population of Florida was under 2 million and in 1980 was 10 million and today it is nearly 22 million. It has become the 3rd largest populated state in the union and a 1000 people on an average move here every day.  There is plenty of room in the middle where you can drive and hardly ever see another vehicle. Everyone wants to live on the coast including me and Cathy. We love it here but certainly miss those smiling faces of the people of Illinois. See you soon.

Just because you live 1300 miles away your life back home is only phone call away.  It seems being my age and knowing a lot of people it’s not unusual to get calls you wish didn’t get. My passion for hunting, fishing and just the outdoors like your experiences started when I was young. My childhood friend Clay DeMaster, who I hunted everything from squirrels, rabbits, quail, pheasants, doves and especially ducks and geese passed away in March. I hunted morel mushrooms for the first time with Clay when they were everywhere and we the filled bags full.

Clay and I trained Chesapeake’s and Labs together for many years. We also ran our dogs in field trials. I got a large male Chesapeake from Clay that weighed over 110 pounds and was he a retriever named Jake. He could break ice for a quarter mile to get a duck he also took first place out of 15 dogs in the puppy stakes.

We hunted ducks all over the state but spent most of our duck shooting when we were young on the north end of Clear Lake in Mink Slough just below our cabin on Durang hill. We had a lot of fun and if I could go back in time I think this is where I would go. My mom would leave us at the cabin for 2 or three weeks at a time in the summer. We had just the basics, cans of beans, flour, salt and pepper, odds and ends. We shot ducks, squirrels, rabbits and whatever we could find. The first time I ever used a lure was on Spring Lake with Clay, we were about 12 at the time. He caught some trout that were stocked and not legal to keep so we hid them on a stringer in the Pike Hole. When we came back that night to get them a turtle ate ‘em all. I had a small 12 foot boat with a 3 HP Evinrude kicker. We went to Watkins Popular Acres bought a 12 pack of Coke for a dollar and drank all of it before we got back.  Went sugar crazy that day for we hadn’t had any in weeks. We had about as much fun growing up as any two kids could, the stories are many and I could write for hours but I think you got the idea we had a great time.

As we got older and married and both had children we had responsibilities and our lives changed. We stayed in touch and got together when we could.  His dad Jack and my dad Jack were close friends for many years.  Clay has had some health problems over the years and has not been real active outdoors like he used to. He and his wife Kim were doing well enjoying retirement and it seemed he was doing a lot better. But that wasn’t the case and another good friend has gone away.

I’ll miss those conversations talking about all the fun we had when we were kids. I’ll keep those memories close to my heart till it’s time to go. Clay was a special guy and I know his wife Kim and his family will miss him deeply. Be sure to stay in touch with those old friends there not here forever and neither are we. Clay was 67.

This editorial has become a bit of an obituary, but I think these people are worth telling about and they would be proud if I did. Another old friend from Fulton County died in March. As you can see in the picture see Steve Clark with his dog Buford. We spoke on a Wednesday and he died the following Friday of colon cancer. We were successful finding a home for his dog. Steve managed duck clubs up and down the river and was a heavy equipment operator. A former Marine and close friend and we will all miss Steve.  He was my age 65.

Dutch Stovall of Manito passed in March. He was a mentor to me and a great Chesapeake dog man.  He was one of the best in the country. Dutch was a tough guy but had a kind heart. He worked on the railroad most of his life and was a diehard duck hunter. I have many stories about old Dutch.  He was a good friend of my dad’s, a friend of mine too and an Uncle to ASO Writer & good friend Deb Park.  I took him on his last duck hunt several years ago. Dutch was 90 years old.

There are others who are ill one good friend with a brain tumor, Tyson Johnson.  I called him last night and his dad Alan said he perked up for the evening. His dad called me medicine man. All these people are my friends and I love them all.  I’m proud that I can call each and every one of them my friend.  That feels good.

Keep Your Powder Dry and your Worm Wet  – Harry