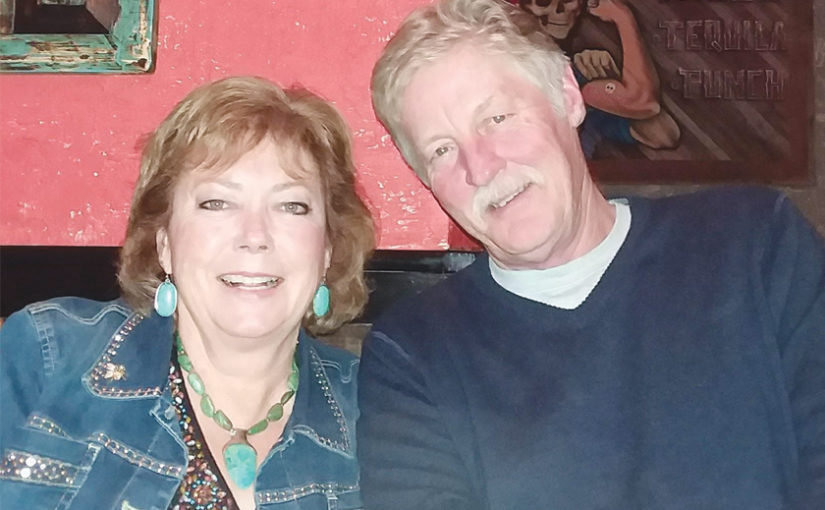 It’s been a hot summer but I am not complaining at all, I actually like it. I know what’s coming down the pike. It can reach 30 below wind chill and that ice is no friend to anyone I know. The heat is only here for a short time and after September there is a big cool down. Of course 80 degrees with low humidity is ideal and comfortable for just about everyone. There were a few days in July where I worked inside the house but overall it’s been a great summer.

There was a time my old Lab and I would stand in ice water in a blowing blizzard and love it. I was a lot younger then and shooting ducks was a way of life, if not an addiction. These days I love early duck season because the weather is so nice. I love Al Johnson’s breakfasts, he is a gourmet cook and it is a real treat in the blind.  I don’t even come close to what I shot back in the good old days but I will always love the great exodus for once a waterfowler always a waterfowler.

It’s about time to get your concealed carry licenses renewed. My card expires sometime in 2019 and I will have to take a 4-hour refresher class and spend $150 for the license’s renewal. The ISRA is working now to find out what the costs are and where to get recertified. As soon as we hear where and when we will let you know. At this time there are approximately 300,000 concealed carry holders in Illinois. It’s just another way for the state to get money.

Here in Peoria they now have a rain tax, that’s right a rain tax. When it rains you pay. They take the square footage of your roof and have some stupid formula which determines how much it will cost you. I received my first bill last week. We got a flush tax some years ago based on how much water you use. I heard they are thinking about an air tax based on how old you are and the amount of air you breathe, there is a senior discount because you don’t use as much as younger people, just kidding but what’s next.  They need to get a hold on spending and soon. Peoria is still a great community and we need say enough is enough.

This time of year at the old Rednose Gun Club was a great place to hang out, even though it wasn’t duck season. Paul the old Dutchman and Bill Friedman put out a big garden in front of the club house. They had about every kind vegetable you can imagine. Everything from tomatoes to beets, onions, lettuce, potatoes, turnips an all else you can think to grow.  They seemed to enjoy gardening as much as hunting. Of course they drank their Schlitz and Blatz beer all day long in the heat and it didn’t bother them at all.

During World War 1 Paul drank beer all the time. Beer was a staple just like any other food stuff. Paul was getting beer for his platoon on the front lines when a shell blew up in front of him and it went flying.  When he got back to the trenches they all hollered Paul where’s the beer and he said if you want beer get it yourself.

The stories he told were many and for a young man like me it was an insight of history that I couldn’t get anywhere at else but at the old club.  When they had their fill of gardening for the day they would head to the Rice Lake dam and fish for bluegills, bass, ring perch and anything else that would bite. I would go with them and catch some of the smallest fish I have ever seen. They kept just about everything and cleaned it. The fish would fill a half gallon milk carton of fillets and by the end of summer they had a big fish fry. I always wondered why Paul and Bill would keep those tiny fish, they seemed like a lot of work.

He told me a story about being in the trenches in France for months and they eventually ran out of food. Hungry and half crazed by the artillery fire they became desperate for something to eat. The trenches were thick with rats everywhere eating on the dead of both sides. The British and Germans had thousands of soldiers who were in no man’s land. No one was allowed to go there to help the wounded nor bury the dead. On Christmas Eve Paul and his platoon had had enough and decided to kill the rats with shovels and eat them. They went to an old barn and killed a half starved cat and cooked it up with the rats. They sang Christmas songs and made the best out of that what they had. He said that’s why I keep those small fish I know what it’s like to have nothing.

I asked Paul what did the rats taste like and he said just about like a squirrel. I was all ways fascinated with Paul’s stories about the Great War and wish today he was still here to tell me more. If you have a family member or friend who was in World War 2 or Korea be sure to get their stories before they are gone. You’ll be glad you did.

The Teddy Bear is still here!  We’ve had a great last year at the cabin. He still likes going to the River. As many of you know he had a bout with cancer in June of 2017. Labs and other large breed of dogs are very prone to get cancer sometime in their life.

We went through a roller coaster of emotions thinking this loving family pet would leave us way to soon. As I have said in past C-Tales he went through the surgery just fine. He will turn 12 this month and that by its self is amazing.

I have met a number of people who have had dogs reach 14 and even in some rare cases 17. The average is 10 to 12 for most.  I know it will happen sometime in the near future but we have a little more time to enjoy each other. He has been loved and cared for as best I knew how. I have no regrets on how he and I lived this wonderful life. I will try to replace him someday but now we will pretend he will be forever.  You real dog people know exactly what I mean.

I want to thank Doctor Dan Bergerud for saving Teddy’s life.  Cass Veterinary Services has three offices located in Virginia, Ashland and Jacksonville ready to take care of our animal community.  Find many details on this caring and devoted veterinary service on their website at: www.cassvet.com

Wishing everyone a great August!   Hope you all get to have some good fishing and hunting this month!

Keep your worm wet and your powder dry! Harry