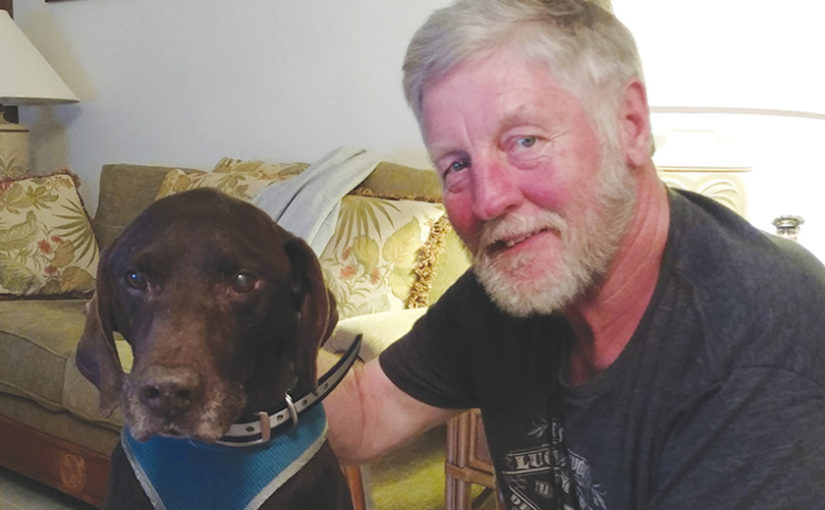 The first thing Illinois’ new Governor JB Pritzker did was give everyone a pay raise. I couldn’t believe a state that is flat broke would raise pay for state government workers. Nothing surprises me anymore when it comes to Illinois state government.

The nightmare begins; one of his first bills he signed was to mess with gun stores. Starting very soon gun store workers will have to take a class in order to work there and take a class every year or lose their job. The owner will have to pay for a $1500.00 certification fee. If you don’t have a retail store you will be charged $300.00.

All gun dealers in the state are already licensed by the federal government. Somehow by charging them more will lower crime in Illinois. I guess that’s what they think!  Also at all gun stores shop owners will have to place video cameras and maintain an electronic inventory of all transactions. Also all gun stores will have to adhere to state law pertaining to anti-theft equipment. He said this year the lawmakers have a full plate right now and next year he is going to try and ban so called assault rifles. If it wasn’t for the Illinois State Rifle Association (ISRA) this would have happened a long time ago.

There will be lawsuits filed challenging this new law that goes into effect very soon. Thank god for the ISRA and especially Richard Pearson Executive Director. I never in my life have ever seen a more dedicated man as him.  I hope that his affiliation with the ISRA will last a long time. And if there is someone to fight this insanity it is Richard Pearson.  He said he is gearing up for a fight in court and they will need all the support we can muster.  These new laws will not phase the murder rate in the Land of Lincoln.

In Chicago killing has become a past time sport.  Arrests and convictions are all most nonexistent, they do not fear the law and when they do they shoot the cops.  Every vote counts and don’t forget that, it really does.  The cards are stacked against us with the crooked politicians in Chicago but don’t give up the fight and remember Benjamin Franklin said we better hang together or we will hang separately.

Over 200,000 people have left this state on a permanent basis over the last decade. Over 161,000 people left Chicago. That might be a good idea. Last year nearly 50,000 went somewhere else.  They predict over 60,000 will leave this year and no one knows for sure if this drain will ever slow down. It’s not poor people leaving but folks with something to loose and that’s money.

Pritzker wants to double the gas tax which would be 85 cents per gallon and is talking about a 2 cent driving tax for everyone with a required meter installed in your car. This year farm taxes went up 18 percent. If you don’t belong to the Illinois State Rifle Association join and join now before it’s too late. The buzzards have come to Springfield to roost.  They are picking the bones of the living.

Bring your friends and family members and help us take a

stand for the Second

If we stand up and stand together, we can and will be successful.

Cathy and I are in sunny Florida right now and enjoying the great weather. As I am writing this piece you are getting a pretty good snow. I hear over a foot has already hit the ground and another foot is on its way. That’s why we spend our winters here and hopefully will for a long time. We have been fishing and boating and it’s fantastic.

When I was a kid the Florida population was only a fraction of what it is now. Nearly 20 million people live here and over a thousand a day are moving in. We are in a remote area on the Myakka River next to a wild life area. The fishing in January is not the best unless you go 30 miles out into the Gulf. It picks up in February because the water temperatures are more stable and tides are not as big.

When were not busy I have fallen in love with the TCM channel that runs the old movies commercial free 24/7.  John Wayne, Gary Cooper, Edward G Robinson to just name a few. I watched those old westerns when I was a kid and still enjoy today.

Years ago this time of year in Illinois I would be hunting coyotes, ice fishing, cutting wood for the fireplace and spending a lot of time outdoors. Back then the snow and cold didn’t bother me like it does today. I remember the big blizzard of 77 and 78 when we had 30 foot drifts and the state was paralyzed for a long time. I had fun running around in my four wheel drive pulling out cars and just driving in the country; but not anymore folks. Enjoy your winter I know I will.

Andy came down for a week and we had a lot of fun fishing and enjoying the beautiful weather. He hated going back to all the snow and the cold temperatures but that’s where home is.

I was born in a family of duck hunters.  I don’t know if that was a blessing or a curse.  I always thought it was the greatest sport in the world. It has changed in ways I never thought would happen. I keep hearing from hunters we have too many refuges and they hold too many ducks. That couldn’t be any farther than the truth. Without them we would have even less numbers. Dad said a long time ago without a place for them to sit your dead in the water.

Just take a look at Missouri ducks have increased by unknown numbers. Why? Well they have created rest areas all up and down the Mississippi. Illinois is so broke they have one manager for 3 areas. The managers have to beg for funds to plant, pump and maintain their equipment.  You wonder why when you sit in the blind and just see blue skies and wonder what happened? That is just part of the story; there are many reasons but that is the biggest. We have allowed people in power to put there lacking knowledge friends in positions that have devastated this once beautiful creation called the great exodus. Ask the waterfowl biologists they know why. But they stay silent for good reason, their jobs.

I went duck hunting five times this year and never shot a duck, hey I hardly saw any. If you are going to take duck shooting serious go to Missouri they seem to know what’s going on.

Keep your feet warm, your powder dry and your worm wet!  Harry