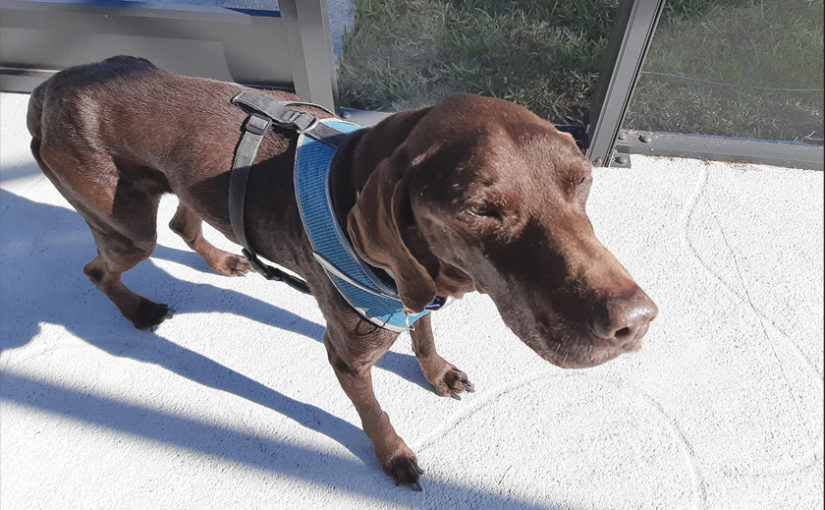 We’ve settled into our Florida home this winter, arriving in mid November.  Enjoying a lot of fishing on Myakka River catching many sail catfish, which are very good to eat either grilled, pan fried or of course deep fried.  Some of the fish we catch are snook, jack crevalle, sail cats, cobia, sheep heads and a dozen other type of species.  We’ve eaten several types of fish but find sail cats outstanding.

We are subject to the Tides down here and winds that control when we can hit the water.  It’s a lot different than any rivers and lakes in the Midwest. But we are loving every minute.

With our bigger boat (24’ Hurricane deck boat) we’ve been able to accommodate several friends on the water. Most recently Rodney & Cheri Nordstrom were here, with Rod catching several fish and the biggest sail catfish of the day.  Dave Dooley took that big boy home to clean up to add to his freezer for this next fish fry.

Brent & Cathy Manning came for a visit we had a great time fishing, sightseeing, watching the sunset at The Stump Pass Boathouse in Englewood.

Saturday January 18 our German Shorthair Beau turned 16. He was born in 2004 and surprising how well he is still doing.  He stands his ground with our new 2-year-old girl Nellie.  Happy 16th Birthday Beau!

Our Nellie is 2-years-old, she’s a rare breed called American Water Spaniel. There are only about 2800 of these dogs in the whole world. She’s a rare bird that loves to hunt. She goes for rabbits, all birds and any critter she sees. Of course barking, then squealing is her language.  Neighbors down here call her squeaky cuz of her cute bark.

Nellie’s breeder will have pups ready in late April or early May. Chuck Servino of Endless Limit Water Spaniels is a great guy with great dogs. See his Facebook page and call: (502) 210-2827.  More details to come on Nellie and her new siblings to come.

I received a note from Mike Hitchcock in early January about a dear friend John “Sonny” Hill of Pekin, a past organizer of Tri-County Goose Nests.

“A couple years ago Pat Webb, one of the remaining members of the Tri-County Goose organization, came to me to see if I was interested in taking over the Goose mold that had been instrumental in getting the Giant Canadian Goose from the brink of extinction to the huge population we have now. Tri- County Goose doesn’t have the ability to continue providing these nests anymore, and to make it worse the molder they were using was about to scrap the mold.

They needed help. I sent a truck out and picked up the mold (about 500 miles) and stored it at the warehouse at the Scrap Yard.

I found out not just any plastic molder could make this nest, it took a Rotational molder.

I made several calls with no interest. I contacted an old friend at Caterpillar that had been involved with Tri County, Jay Alexzander. Thought he might know a supplier to Caterpillar that might be willing to help. The problem we had was everyone wants bigger orders and had little interest in this. Jay went to the yellow pages and finally found someone in Ohio that would talk to us.

I sent the mold to the molder and paid to clean it up and engraved  all nests with” In Memory of Sonny Hill”, the guy from Tri County that spent his money, I understand and made the mold originally, then improved the mold. I never knew Sonny but have a lot of respect for what he accomplished. This was requested by Mr. Webb of which I totally agreed to do.

Now I have nests in my barn at home and another 150 on order and need help advertising and selling the nests.

I only want to cover the costs of the nests, no profit. I believe it to be that important to keep the nests out there as I think everyone would agree with the benefits.

I personally have over 50 nests on my properties, and I can tell you that we hatch out a ton of geese. My costs are $100 each total with freight and other costs included.

Here is an article about what’s going on in Virginia, basically an assault on gun owners.

As a longtime red state that is home to the National Rifle Association headquarters, Virginia was once a haven for gun owners. But the commonwealth rapidly trended from purple to blue over the last 15 years as the growing population of the liberal Washington suburbs overwhelmed its more conservative rural parts. Now that Democratic Gov. Ralph Northam survived his blackface scandal and his party has gained complete control of the legislature, he believes that it’s open season on gun rights.

The Democrat-controlled state Senate has already advanced bills enacting so-called universal background checks, a “red flag” gun confiscation law, a provision allowing gun bans on government property, and a cap on handgun purchases to one per month. They’re also likely to advance a ban on the sale of certain “assault” weapons.

Collectively, these efforts would make a mockery of due process and create more barriers for law-abiding citizens to exercise their Second Amendment right to purchase guns without actually making residents any safer.

So the expansion of background checks is unlikely to reduce mass shootings. As for more common crimes, a 2019 Department of Justice study found that only 10% of prison inmates who had possessed firearms had obtained them from a retail source such as a store. In other words, background checks don’t stop mass shooters without prior records from getting guns, and criminals who can’t pass background checks find other illegal means of obtaining guns.

Thus, the thought of preventing friends from exchanging guns with one another without going through a time-consuming and expensive check seems as if it would require extraordinary effort and accomplish nothing.

The use of preemptive policing is inherently troubling, even where it is necessary or justifiable. After all, we are talking about a law that would deprive people of constitutional rights. Surely, we could have an evidentiary standard tight enough to prevent flagrant harassment of gun owners by people who personally dislike them — or even by neighbors who don’t want to live near a gun owner. Virginia’s legislators don’t seem to have thought this through very carefully.

Finally, the bill limiting the number of gun purchases is blatantly unconstitutional. The Supreme Court has established an individual right to gun ownership under the Second Amendment. In 2015, the U.S. District Court of Appeals struck down a similar law in Washington, D.C. The majority decision read that “taken to its logical conclusion,” the reasoning behind the cap “would justify a total ban on firearms kept in the home.”

The events going on in Virginia can happen anywhere in the USA. It’s important to support the groups who fight for your gun rights. Like the ISRA.  You should join the ISRA today. Also attend the Illinois Gun Owners Lobby (IGOLD) on Wed. April 1, 2020.