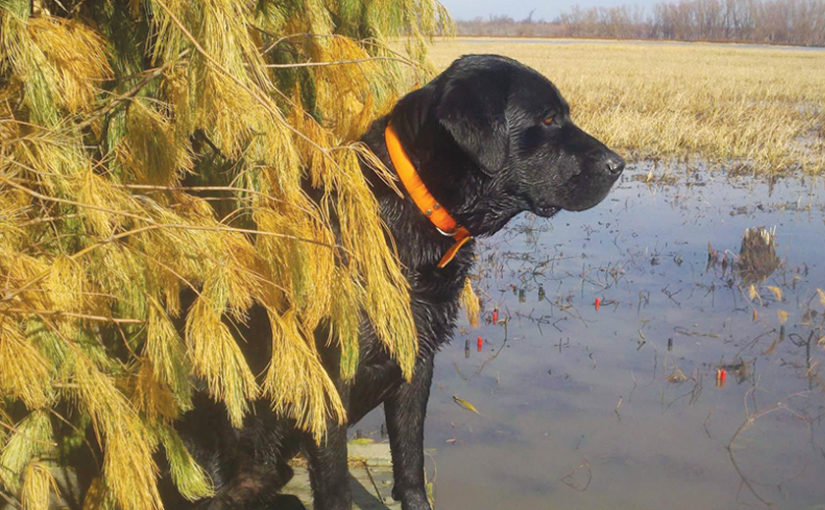 It’s been a very busy fall. I was fortunate to go hunting with my good friend from Pekin Alan Johnson. I’ve kind of backed off duck hunting because it’s not what it used to be. The mallards just aren’t there. Of course getting up at 3:30AM packing all your stuff, warming up the truck and meeting Alan at Pekin Lake or Powerton is a fun tradition.

I have always been known to be a pretty good wing shot and in my opinion I still am. We had 10 Canada geese not more than 15 yards from our blind. Floyd Green, Alan & I unloaded on the flock of geese and you could hear the shot hit their bodies. In fact Floyd fired 3 shots at one goose and you could hear the shot hit the body.  We didn’t even knock one down!

I don’t usually shoot geese for the simple reason I don’t particularly care to eat them. But when you wait all year to go hunting and that’s all there is to shoot you take the shot.  In reality in order to kill a goose you either have to break a wing or get a head shot.

This wasn’t the only chance we had to shoot Canadas. About a half hour later two Canadas came into our decoys and the same thing happened again. The three of us who are pretty good shots hit the birds but didn’t drop any!

I don’t mean to sound negative about this hunt it was a lot of fun. But there is always a bonus when you go with Alan Johnson and that’s a homemade breakfast. Alan prepares a sausage, egg and cheese casserole and brings it to the blind. It’s always excellent. If you don’t shoot anything it’s fun and the conversation is good.  This is a tradition that lives on even if you don’t get anything.

Some sad news in my life at this time, we had to put the Teddy Bear down. Just about every one of you have had to do this sometime in your life. It hurts like hell and is not without a lot of crying. Don’t know why it is such an emotional drain when so many other things are not.

This is the first morning in over 12 years that I haven’t come down the stairs to a wagging tail and big brown eyes looking at me with love. Teddy hit the dog lottery when he came to the Canterbury house so many years ago. Cathy and I are just crazy about dogs and if they live here they got it made. He lived in the house never spending a night outside in a kennel.  Teddy was special but aren’t they all.

I don’t duck hunt as much as I used too for a lot of reasons, mainly because it’s changed so much and it seems my time is better spent fishing. But when we did go Teddy was ready as if he never quit. Not a trial dog but the best gun dog a guy could ever ask for. And when he was not in the blind he was with me going everywhere. I talked to him as if he were a person and he was it seemed.

Teddy had heart failure and was just falling apart and it was hell to do it but the right thing to do. We saved his life a year and a half ago when he had cancer.  I have to thank Dr. Dan Bergerud of Cass Veterinary Services in Virginia, Jacksonville & Ashland for doing such a great job saving him for us and giving good quality time with this wonderful dog. The last year and a half was great having him with us.

I took him duck hunting last year at Andy’s club on opening day; he even got to retrieve a wood duck.  My last two hunting partners Pepper and Teddy were because of Bob Goodall of Mackinaw Illinois. They were both free and both unbelievably fantastic hunters. Some times the free things in life are the best.

Knowing it was our last day together we took a walk around the neighborhood. Connie Waller had her Bella stopped and I told her this was our last walk. She said Harry I’ve never seen a dog who adores his owner more than Teddy adores you, and she was so right. He was just in love with me like nothing I have ever seen. He chewed on his bone in the back yard and was so happy and then we had our last hug it was time to say good bye.

I don’t know why we keep doing this to ourselves because it is a hurt that never really goes away. The love of a dog brings out the better part of us and I guess that’s why we all do it over and over and always will. Bye Teddy Bear. Cathy and I are getting another bundle of love soon, would like a big oaf like Teddy who was over 100 but will settle for just a big boy block head. If you know of a nice lab pup let us know we’re looking. He’ll hit the doggie lottery too.

The Canterbury’s always had dogs, dad’s first dog was an American Water Spaniel named Pal. Back in the fifties not everyone had dogs then like we do today. Dad taught me that a hunting dog was a big part of the hunt and he was so right. In 1964 dad got a black lab that was King Bucks Grandson. King Buck was from Alton Illinois at Nilo farms. That is Olin spelled backwards and was the home of the greatest retriever that ever lived. He was so great he is the only dog that was ever on a duck stamp.

Pepper was his name and he lived up to his grandfather’s reputation. He hunted at the red nose for more than 10 years and picked up thousands of ducks. Dad moved to Milwaukee WI to run a large meat packing plant and left the dog at my Grandparents in Manito Illinois. He was stolen and we all thought he was gone forever. About 1974 I was in a bar in Manito after opening day of dove season and some guy who knew me said old Pepper is at this guy’s house on a farm. I knew both men and said I would like Pepper back he told me where to go… and it wasn’t to get Pepper so I broke his nose.

I drove to the house and there was my dad’s dog chained to a tree. His ears were half eaten off by fly’s and had heart worms. I took him to a Vet and he underwent treatment for the heart worms and was able to live out his life at our home on the farm. Dad came down from Milwaukee one weekend and we paid a visit to that farmer in the Manito bottoms. He was in an old trailer along Spring Lake drinking beer with some friends of his. Dad walked up and said you’re guilty of stealing my dog and its judgement day. Dad hit him so hard he knocked him out. I won’t mention their names for the family is still here and they are nice people.  Dogs are special to their owners because they are part of the family and you just don’t mess with them.

Wishing everyone a very Happy New Year…best wishes for 2019!

Keep your powder dry and your worm wet! Harry