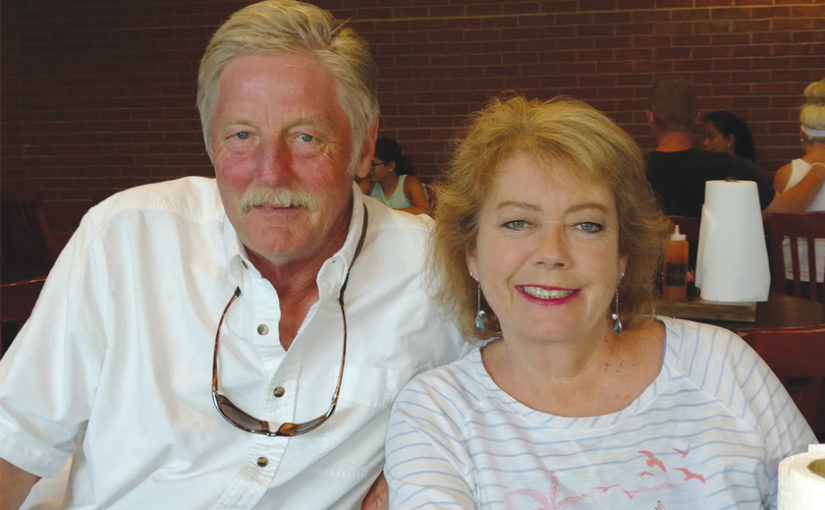 With all that’s going on now across this country when it comes to gun control, I thought it appropriate to bring it to your attention that things in Illinois are getting worse for the real citizens of this state.  Not the ones, who kill, rape, steal etc. Things are good for them. The state makes it harder on us, the taxpayer to live and flourish in a state that is broken. They created this mess by promising too many people too many dollars when they retired. All of this was done to keep power for the Democratic Party.

Another big scam on the public is how Illinois administers conceal carry. This process is in shambles when it comes to getting it renewed. I was told that the ISP is to send you either by US mail or an e-mail to let you know when it is time to send renewal in.

Illinois has one of the worst renewal systems in the US. My licensed expired on May 5th, 2019. Not aware of it expiring being told they would give me notice.  I don’t look at my driver’s license nor my conceal carry card on a daily bases I missed the date by a week. Never did get a notice but they could care less all they want are there lucrative pensions. Most will be multi-millionaires before they die.

Thinking I could get it renewed with no trouble just a week out I was wrong. I took the renewal class and sent in my application. 6 months later I get a letter saying I didn’t have enough hours of training. Meaning I have to take the 16 hour class again. Spent over $200 and of course with all fees and it is not refundable. Why is that; because they don’t want to give it back period?

I tried to call these people and ask them a question, it’s next to impossible. I have tried and perhaps you have too. Same thing with the FOID card they drag their heels and hope you give up. The real issue is they do not want you to own a gun period. But they don’t have a problem taxing the hell out of you. Twenty-one more taxes go into effect the first of the year. Everything from plastic bags to taxing your auto trade in. Man, they must of pulled a rabbit out of a hat for that one.

You know the State of Illinois once worked for the people now the people work for the state.  Over 2 million-gun owners in Illinois and they can’t staff a dozen people to answer some simple questions. They do not want you to own a gun period. And they wonder why Illinois is shrinking in population size.

Oh well you can complain all you want but we work for the state, period. As it looks, we will forever have new taxes coming down the pike. Unfortunately, there are many who pay more than they keep, sad but true period.

It could never happen here, right?

Boston – National Guard units seeking to confiscate a cache of recently banned assault weapons were ambushed by elements of a Para-military extremist faction. Military and law enforcement sources estimate that 72 were killed and more than 200 injured before government forces were compelled to withdraw.

Speaking after the clash, the Massachusetts Governor declared that the extremist faction, which was made up of local citizens, has links to the radical right-wing tax protest movement.

The Governor blamed the extremists for recent incidents of vandalism directed against internal revenue offices. The governor, who described the group’s organizers as “criminals,” issued an executive order authorizing the summary arrest of any individual who has interfered with the government’s efforts to secure law and order.

The military raid on the extremist arsenal followed wide-spread refusal by the local citizenry to turn over recently outlawed assault weapons.

The Governor issued a ban on military-style assault weapons and ammunition earlier in the week. This decision followed a meeting in early this month between government and military leaders at which the governor authorized the forcible confiscation of illegal arms.

One government official, speaking on condition of anonymity, pointed out that “none of these people would have been killed had the extremists obeyed the law and turned over their weapons voluntarily.”

Government troops initially succeeded in confiscating a large supply of outlawed weapons and ammunition. However, troops attempting to seize arms and ammunition met with resistance from heavily-armed extremists who had been tipped off regarding the government’s plans.

During a tense standoff in the Lexington town park, National Guard Colonel Francis Smith, commander of the government operation, ordered the armed group to surrender and return to their homes. The impasse was broken by a single shot, which was reportedly fired by one of the right-wing extremists.

Eight civilians were killed in the ensuing exchange.

Ironically, the local citizenry blamed government forces rather than the extremists for the civilian deaths. Before order could be restored, armed citizens from surrounding areas had descended upon the guard units. Colonel Smith, finding his forces over-matched by the armed mob, ordered a retreat.

The Governor has called upon citizens to support the state/national joint task force in its effort to restore law and order. The governor also demanded the surrender of those responsible for planning and leading the attack against the government troops. Samuel Adams, Paul Revere, and John Hancock, who have been identified as “ringleaders” of the extremist faction, remain at large.

And this fellow Americans is how the American Revolution began April 20, 1775.

On July 4th, 1776 these same extremists signed the Declaration of Independence, pledging to each other and their countrymen their lives, fortunes and scared honor. Many of them lost everything, including their families and their lives over the course of the next few years.

Lest we forget…Thanks to David Mikkelson for publishing this article July 5, 2013.

I thought this piece about confiscation of our guns was appropriate especially in the times we are in. It may seem silly to some of you that this could happen but it is right now. Join the ISRA and the NRA your only choices you have to protect your gun rights. Here in Illinois we need to fight twice as hard as any other state in the Union.