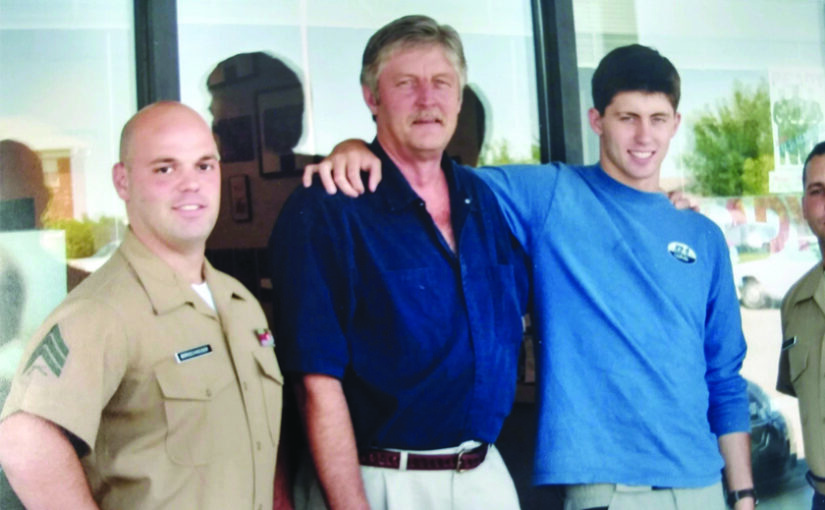 There is always a beginning and always an end to all things in the world. This is the end of my editorial as we know it. It all started in December of 1996 on a kitchen table in my home. I had no idea what I was getting into, having not ever written more than a letter in my life. I was in the car business for 15 years before and was one of the most successful in the mid-west. I thought I could insert my sales experience into this new venture and found out I was right. The first issue was small and simple but after a while this little magazine became a very important part of the outdoor scene in Illinois and the mid-west. There were many down times over the years but overall it was not only fun but kept me off the car lot. I traveled all over the country writing stories and making TV shows all over the world. Went to Cuba on a sail boat in 2000, Omaha beach, Hawaii, Alaska England, Canada, central America, Mexico, bear and Elk hunting out west and 100s of trips all over the mid-west duck, pheasant, goose and you name it we did it. I may not have ever met my earning potential but guys I had more fun than the Law allows.

Just some humble facts of who I am and what I want out of life of whats left. I turn 67 on June 26th and believe me I feel every mile. Have some typical aliments of people my age that worked and played hard. Shoulders feel shot, type 2 diabetes, and a history of atrial fib. Eyes need assistance to read and just the average things we all get when we get old. Who knows how long any of us have for it can end at any time.  I have many regrets but less than most. I have been blessed in many ways and not in others. I don’t do half of what I use to but still love to fish and especially in Florida in the winter.  I was always a trusting person to a fault for I thought everyone had the same honor and respect as I have. I have seen the best in people and the worst in people. But still think there is some good in all of us. Creating ASO has been something I will be proud of till I die; we have helped sell millions of dollars of real-estate, fishing & hunting trips, ATVs, trucks, vacations, guns, boats, fishing equipment and worms. There is something about helping others that is very satisfying.

I’ve met the nicest folks being in this business, thousands. Hundreds have retired and more than I can count have died.  I cannot forget a very special person my beautiful wife and partner Cathy. She was my anchor and could not have done ASO without her. The thousands of hours she spent staying up all night on the computer and many times I was getting up and she was going to bed as we passed down the hall way.

My political position on most matters is conservative. I am a Trump supporter and that’s that. Being out spoken and not being Politically correct makes me a dinosaur and have always been out spoken especially when these phony politicians open there mouths. I know many of you enjoyed my opinions that are like me but some don’t. So it’s time to put that to bed.  The world has changed and not for the better in my opinion. I try to be nice to everyone I meet and be as cordial as I can be. I learned that from my family especially Dad and Grandpa who were well known Livestock dealers all their lives. Their spoken word was their bond and I have tried to live up to those values. I don’t think I would have disappointed them at least I hope not.

I have tried to be a good guy and as honest as could be with my customers. Evidently I have been, for the magazine has flourished for over 24 years. You now have a young man Andy Bugos who is ambitious hard working and dedicated to the future success of ASO. I couldn’t have found a better rounded guy who hunts and fishes. He will I believe be a very successful and take ASO to new heights.  He already has developed a fantastic web site and has many new innovations coming soon.  I will miss all of the activity that went with this monster; dead lines were and can be very stressful but kept me on my game.

I can’t thank everyone who made this such a success but you know who you are. There are some folks who are still in the paper from when I started like Mosers shoes, Gebbys Diner, Toms bait, Olt Calls, Midway Marine, Toms Guns, Batteries Plus, Buell’s Marine, Collectors Firearms, Rabers, Discount Sales, Oquawka Boats, Dave’s Trading Post, War Eagle Boats all in our first issue.  Many followed and a heartfelt thank you for sticking with us.  I could go on forever but I told Cathy that I would not go on and on and say goodbye without making me cry or you. I wish you all the best in life. I may write a special story occasionally and will stay in touch with some customers helping Andy sell ads.  I still will do the TV show on WTVP 47 on last Saturday of the month at 5:30 and on Youtube.com/asomagazine.

I’m giving you all a heartfelt hug and a big thanks for your support for all these years.  Oh by the way Keep your powder dry and your worm wet.