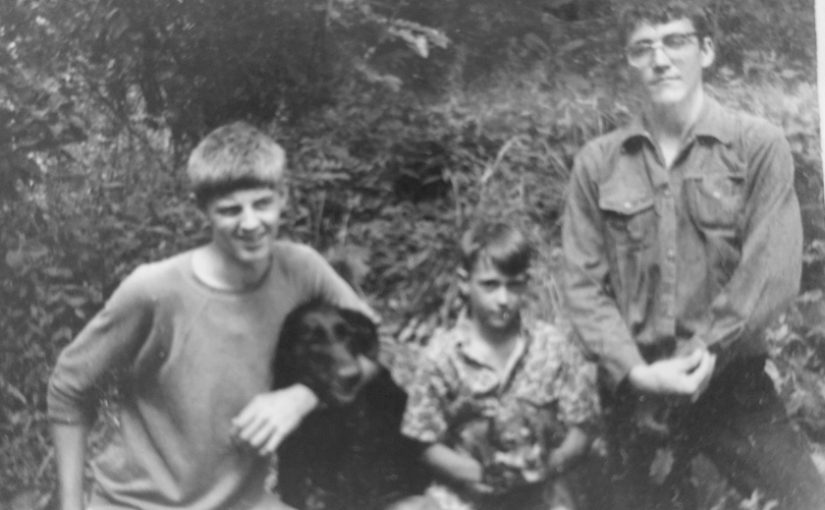 The mushroom season was a big disappointment for us this year, coming back from Florida to Illinois was really based on finding a few messes of those sinful tasty to die for fungus. I turned Cathy on to them 36 years ago and she fell in love with morels and I hope with me as well.

I have heard very few people had the chance to get any and if they did darn few. Orion Briney from Browning could find a mushroom in the desert but this season he too had a heck of a time.  He eventually found a few in the bottoms along the Illinois River. The lack of rain and warm temps made this the worst season that I have ever experienced. I’m sure there were other years in the past that were bad but this year gets the blue ribbon for being terrible. I guess will have to wait till next year to enjoy one of nature’s best offerings. I heard you can buy them for $20 a pound in Idaho with 60 cents a pound air freight. They only ship large amounts due to shipping costs. That means 100 pounds would cost you around $2600, I love mushrooms but not at $32 a pound. I’ll just wait till next year but oh do I miss them. He told me they usually pick a 100-pounds per day and if they don’t it’s called a bad day, sure.

This time of year, is my favorite, because it’s warm.  Here in Illinois I enjoy those little get away places where we go to recreate. Whether it’s a cabin on the lake, a cottage in the woods or a camp ground at your favorite place it’s why we identify ourselves as outdoorsman. We can all trace our outdoor beginnings to someone usually our folks. In my case it was my mom and dad who got the seed planted a long time ago. We always had a cabin at the end of Spring Lake State Park not far from the Pike Hole. A lot of you know where that is; if not it’s at the very end of the lake on top of the hill next to Clear Lake Hunting Club.

Dad built a cabin in 1962 on top of Durang Hill. Before that we had an old house boat built out on an old boiler tank out of a steam boat on the Spring Lake bottoms. It was here where I learned to swim, fish and explore the river bottoms. I even met a sweet little girl named Marilyn. We fished and swam in the drainage ditch like there was never an end to summer. We all would like to go back to one place in our past and relive it and this is mine. It was a time of innocence where we would sit along the lake at night and listen to the crickets and frogs, wondering where life would take us. What great memories at the cabin barefoot most of the time living like Tom Sawyer and Huckleberry Finn. Fishing with a cane pole and a can of red worms was as high tech as we got. Surprisingly it seems we caught more fish with that primitive gear than we do with this new stuff. Tanned like a berry with no cares in the world except when mom was calling us for dinner.  A lot of the time bluegills and catfish were on the table that I caught.

This is what life is all about, I feel sorry for those who have missed these types of things for they are why I get up every day. Wouldn’t it be nice to relive those wonderful times we had as kids. We may be getting older but those old memories will last forever. Be sure to take those kids and grandkids to your special place so they know what makes you tick.

There is a picture of my Great grandfather Jake Graf holding a model 97 Winchester which he bought in Pekin Illinois about 1900. He was from Basil Switzerland on the German border. He came here for a number of reasons, but his biggest reason was Freedom. In Europe it was not common to own firearms. He had this picture taken when he was a young man and sent the pictures home to show his folks his new shotgun. I barely remember him, he gave me a quarter when I was 6 years old when he was on his death bed. He loved America and never went back to his birth place. He became a constable in Pekin and ended up as a Truant officer for the Pekin school district. He hunted and fished all his life and even killed an Elk out west. He was one of the rescuer’s for the survivor’s and helped recover the dead off of the Columbia. It sank on the Illinois River in 1918 after it hit a stump. The loss was huge 88 people died on the fateful night.  WTVP has produced a special on the Columbia sinking and Jake Graft is mentioned in the show.

He had a great life in America and many of the old folks in the Pekin area remember him still today. He knew what real freedom was, a thing we all take for granted.

Don’t let your guard down for there are people in Chicago and other areas in America who want to take your gun freedoms away.  They are working hard to erode your gun rights. Don’t let pictures like this be called the good old days. Fight them the best way you know how. Joining the ISRA is one way you can preserve your rights to own firearms. Call them at 815-635-3198.

Now a Red Nose memory from a long time ago but not forgotten.  Food was the second biggest thing at the club. Of course shooting ducks was why we were there but food played a big part. I could never understand why some duck clubs have no shack or even a trailer to get out of the weather or cook something. To each their own but a cabin is a real intricate part of the hunt.

This memory was one I heard many times and thought it needed being told. Our old shack was not very big, about 12 x 8 old contractors shed from Peoria. It didn’t have much but did have an old laundry stove made in 1885 which I still have in my possession. A table and some chairs and shelves to put stuff on. It was meticulously cleaned every year from top to bottom repainted and taken care better than most houses.

My great grandfather Harry Canterbury a livestock dealer at the Peoria Stockyards came with grandpa and dad for a shoot. One of grandpa’s best friends was a guy named George Hediger a prominent insurance agent in Peoria Illinois.  George was a gruff guy and my dad could not figure out what his dad saw in George. They were cooking duck and Harry was sitting in the old shack waiting for dinner, Great grandpa Harry was your typical Victorian type guy very proper and a true gentleman. Old George said Harry do you like your potatoes hole or mashed. Harry said well George I like them mashed. George took his fist and hit them and said will that work. Harry didn’t know what to say but ate them anyway. George was that way and there are other stories about him I could tell but they would make you blush. Oh what characters they were and what fun they had.

As I said join the ISRA to protect your gun rights.  Remember Illinois has Free Fishing Days June 15-18 allows everyone to fish without a license for those days. Great time to take the kids and grandkids out for a fun day of fishing. Be sure to pack drinks and sandwiches so all are happy

Keep your powder dry and Your Worm Wet Harry