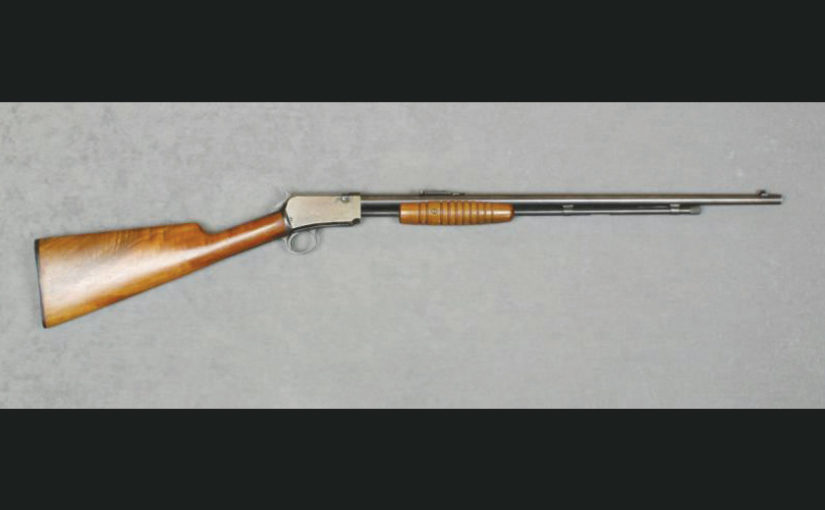 This month my friend Richard Pearson wrote a story about how he became shooter, hunter and gun activist. We all have a similar story; mine was a 22 Remington single shot bolt action. I can still remember that Christmas morning looking at that long wrapped box next to the tree. That was and still is the most impressive gift I ever received for Christmas. I bet I have shot at least 10,000 rounds through that rifle. I could throw an empty shotgun shell in the air and hit it virtually every time. I shot squirrels, rabbits and a thousand cans and bottles. But not once ever shot another person on purpose or by accident. Yet these so called stewards of our state want make it hard not only to own a gun but to purchase one. We are all a little responsible for the shape we are in. We let these people chip away at our freedoms and here in Illinois we will be the most gun restrictive state in the Union if we don’t get with it. All kind of anti-gun bills are coming up. Join the ISRA now if you care about owning a gun.

We all have stories of our first gun we bought or inherited from a family member. I found Richards story a classic and very similar to mine and I think you will enjoy and relate to his story.

It’s a crime what the state has made us all out to be. They think legal gun owners are future felons. It is getting crazier every day. It all stems from Chicago where they don’t know a chicken from a duck.  Below is a real classic written by a man I have known and respected for many years. If you have a similar story sends it to us. Remember if it wasn’t for the ISRA you would be protecting your family with a ball bat.

By Richard A. Pearson

Growing up I was pretty much inseparable from my .22 rifle after my BB gun was worn out.  My first .22 was a used Remington model 34 bolt action made in the 1930’s.  My dad had bought it used somewhere.  It soon became my first training rifle with focus on safety, marksmanship and, of course, how to properly care for a firearm.  The stock was ok but it had been abused along the way so the first thing I did was sand it down and put an oil coat on it which is still has today.  Whenever dad and I went to the farm my rifle was my faithful companion.  I soon found out my mother was an excellent shot and I had some catching up to do in the marksmanship department with both my mom and dad.  I had promised to keep my rifle clean and I kept my end of the bargain.

Shorty Culkin’s Hardware Store was a Winchester Franchised Dealer.  Winchester led the country in franchised stores.  By 1922, they had over 6000 franchised stores, a number that finally exceeded McDonalds in the 1970’s.  Winchester offered more than just firearms, tools, bicycles, fishing rods, roller skates and ice skates.  All kinds of other items were made using Winchester’s excess production capacity it had gained in WWI.  I have a pair of Winchester ice skates.  I was a frequent visitor at Shorty’s store.  It was my main supply depot of BB’s and other essential items.  One day I walked in and there on the gun rack was a brand new Winchester Model 62A .22 pump action rifle.  It was a thing of beauty.  Every time I came into the store I would check on that rifle.  Summer merged into Fall and my birthday was coming up on December 21st.

My dad, Willis Pearson, and Shorty Culkin were fast friends and often had coffee together.  I’m sure Shorty had informed my dad of my frequent visits to the store and that rifle.  I was thinking, wishing, and hoping that rifle would be in my future.  The day of my birthday my mother told me that when dad got home from work it would be time to open my present and that I would be very happy.  I just knew that rifle was in my future.  The moment finally came and there was the usual assortment of socks and underwear.  I was beginning to wonder but then my dad reached behind the couch and out came a long box.  My mother had done one of her fabulous wrapping jobs on it and it seemed to take forever to open it but when I did, there it was.  It was one of the best days of my life and I knew it.   Moreover, the next present was 500 rounds of .22’s.  I had struck the Mother Lode.

The new Winchester became my new constant companion.  The Remington fell from favor and became dad’s rifle.  The first year I kept a log of every shot I fired and there were 2525 shots recorded in my log. Tin cans, weed stems, match boxes, rocks and little paper boats I floated in the creek became my prey.  After a while I got tired of shooting rocks and pebbles so I started to shoot just under them to make them jump across the creek, sort of .22 tiddlywinks.

There were others that liked to shoot also, Bob Saathoff, Todd Shafer and Alan Grosenbach, to name a few.  Some of our shooting adventures included popping muskrats off the iron bridge over the Vermilion River, which was a favorite pastime.  I also recall shooting out through the upstairs window in Bob’s bedroom (Bob lived in the country along the Charlotte road).  We were shooting icicles off the bumper of an old car that was parked out in the yard.  We were good shots, not one hit the car.

If you were ever around a farm yard in those days, there was always a junk pile some place.  Also, there were bumblebees everywhere.  Bumblebees have no sense of humor and will sting you whether you did anything to them or not.  Those bees made mowing, cutting weeds or cleaning anything up just miserable.  In those days old oil and gasoline cans would get dented, start to leak or get rusty and there were lots of them in junk piles everywhere.  Bumblebees loved to nest in them.  Alan Grosenbach and I would go out to his place, or our place, for target practice.  One day I shot at an old gas can and a bumblebee came out of the hole, and another, and another and on it went.  Before I made a hasty retreat, I noticed that each bee would light just for a second on the edge of the hole that I had shot at before it would take off, after whatever it was that had disturbed the nest, in this case me.  I decided it might be interesting to see if I could shoot each bee just as it lit on the edge of the hole.  There were a couple of problems here.  First, you have to hit the bee and second, you were always in danger of running out of bullets before you ran out of bees.  When shooting alone, the bullets v bees was always a problem.  My friend Alan also had either a pump action .22 or maybe a semiautomatic rifle.  We teamed up on the bees.  One of us would shoot the first shot and then the other would shoot.  We were quite successful bee shooters.  The supply of bumblebees was endless and you learned to be fast and accurate under pressure.

I graduated from high school and it was off to college I went.  After an unsuccessful attempt at making the Illinois State University Football Team, I found out that ISU had a Rifle Team.  I knew I was a good shot so I thought I would join in.  We shot in the basement of the Bloomington Illinois Fire Department on Saturday mornings.  My trusty Winchester and I showed up.  It was an abrupt lesson on who can actually shoot and who just thinks they can, the latter being me.  It didn’t matter.  I borrowed a real target rifle from Ron Shafer and away I went.  I actually lettered in Rifle but never collected the award. That award didn’t matter.  I started a lifelong hobby that has made all the difference in my life.  Before Ron Shafer passed away, he came in my office with the target rifle I had borrowed.  He said he wanted to give me the rifle because of all I had done with the shooting sports.  It is a 513T Remington.  That rifle is with my Model 62A Winchester.  They are both among my most priceless possessions.

Send your story of getting your first gun to asoharry@gmail.com, it will be fun to let those anti-gun nuts know why we love guns!.

Keep Your Powder Dry and your worm wet. Harry