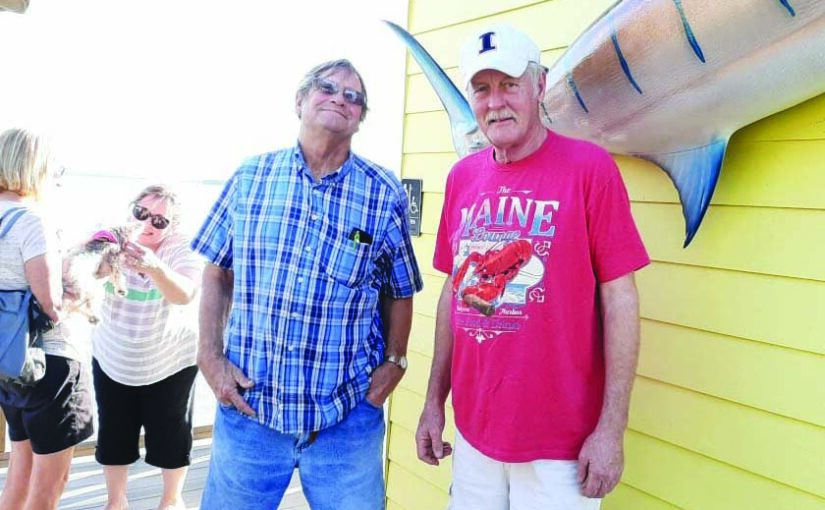 We had a wonderful winter in Florida. Cathy’s mom is in Ft. Myers and we saw her often before the shutdown and after Easter and several weeks of quarantine. Cathy substitute taught in Charlotte County schools till mid-March. We boated and gathered with friends. All those friends practiced quarantining at home and we socially distanced when we got together. We’ve had no signs of being exposed to the virus.

We had some sad news about our dear friend Dave Dooley. He lost his battle with cancer.  We met Dave and Sharon when we bought our first home on Hoffer St. in Port Charlotte. From the first time we met them we hit it off like we’d known each other for years.

Dave was born 1950 in Marianna Arkansas; it’s about 40 miles west of Memphis Tennessee.  He left that area when he was 19 years old to go to work at Ford Motor Company near Cleveland Ohio. There he met the love of his life Sharon. They were married in 1970 had two boys and lived in Elyria for the next 30 years.  He retired 20 years ago, sold most of their worldly possessions to travel and see the world. They visited every National Park in the Union and had great time.

Dave and Sharon decided to settle in SW Florida. Soon little Claria a 4 lb. Yorkie joined their family and is still with them today. He was a handy person and could fix anything that was broke.  Dave was a very witty guy and a lot of fun.

My wife Cathy sometimes had a hard time understanding him through his southern accent. He’s been on ASO TV many times. When he wanted to drop his southern accent and talk like the guy on 6 o’clock news he could. I asked him why do you still use that Arkansas accent? He replied the girls think it’s cute.

When we first went to Florida Dave taught me everything there was to know about Florida fishing, the tides, seasons and garage/estate sales where you can get anything you want at a fraction of the cost. As a friend he knew what I was thinking and I knew what he was thinking. He was never pretentious just the most wonderful guy you’d ever know; a real true friend.

The last time I spoke to him on the phone he was working on a fence for a friend in Palm Beach. Standing 6’4 and strong as a bull, work was one thing he was not afraid of. We are going to miss him very much and just hate that he’s gone. It will never be the same again.  Life is short; keep your friends close to your heart.

The Measure of a Man

Not, how did he die,

but how did he live?

Not, what did he gain,

but what did he give?

These are the units to

measure the worth of a

Man as a man, regardless of birth.

Not, what was his station,

but had he a heart?

And how did he play

Was he ever ready with

a word of good cheer;

To bring back a smile,

to banish a tear?

Not, what was his church,

or what was his creed

But had he befriended those

Not, what did the sketch in the newspaper say,

But how many were sorry when he passed away?

Let’s get our country back to where it should be. Stay safe.

Thanks to all our sponsors at ASO Magazine without you we wouldn’t exist.