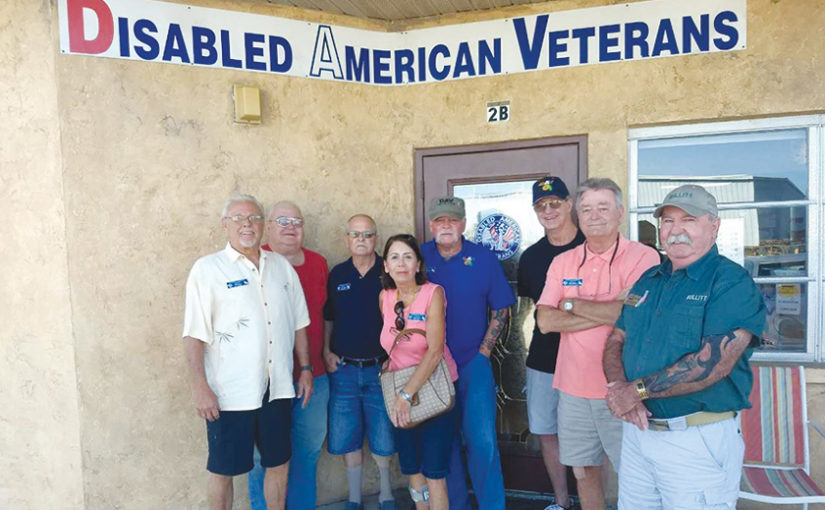 Where do I start, it’s been a busy winter here at our Florida home. We moved closer to the Myakka River and couldn’t be happier. Our other place was nice but we picked up a dock and two boat lifts with a sea wall. Now only less than a minute to the big water and the fishing is tremendous. One thing I learned is snook fishing is as good as it gets on this side of the river. Cobia, redfish, sheepshead and Tarpon are just a few of the fish you can catch on the river. We are only a half hour by boat to the Gulf of Mexico where the Giant Grouper (formerly Jew Fish) stack up along the old phosphate piers. They can get as big as 800 pounds, caught for fun then only catch and release. The fishing here is great all year long. I will miss that especially now the fish are really biting.  We are packing up and getting ready to head north to Illinois.

We spend a lot of our time going to estate and yard sales on weekends. It is not like up north at all. These events are a big deal here and you get some real great bargains. People are coming and going like flies. And you probably heard Florida’s nick name:  “Heavens waiting room”.  We find great deals on tools, fishing equipment, cars, you name it. On one of our hunts we stopped at a sale and met some real nice people. Abel and Priscilla Viamontes hosted a great sale and we got to talking.

Priscilla is from Tamms, in Southern Illinois near where my wife Cathy was raised.  She and Abel met down in Paducah Kentucky in 1999 then moved to Florida about 10 years ago.

Abel came from Cuba in 1962 when he was 9 years old. He escaped with his family to Miami during the dark days of the Castro regime. They left with no possessions no money and only the clothes on their back. They lost all that they had to the communists.  At that time you had to be sponsored by someone in order to come here. It was required to have a job and not be a burden on society. That’s not the way for immigrants now, but should be.

Abel told me his family wanted to learn English right away and become US citizens.  He joined the Navy at 18 and served 3 years.  He is grateful that he came to America and celebrates each year by hosting a hog roast he calls Freedom Pig Celebration.  Many friends and neighbors come to the party to help him celebrate. About 155 folks showed up for this year’s party and it also celebrates Abel’s 56 years of living in the USA.  We made a video for WTVP channel 47 which you can see on YouTube.com, then put in ASOmagazine.  Abel is very proud of being an American and it shows when he talks about it.

At the party they collected donations for the DAV (Disabled American Veterans), he delivered the funds the following Monday to DAV office.

Now another Rednose memory a long time ago but not forgotten.

Dove hunting was a big thrill and we had a real nice place to shoot down on Quiver Creek near Topeka Illinois.  Of course, most of the club members were there Paul the Dutchman, Bill Friedman, Fred Ellis, Loren Sunderland, Dad and a few others. The place was at the Sherbeck Farm along the creek in the pasture with a lot of trees. It was a perfect place to hunt with water and a great roost; dad and his dad hunted there for years. Dad always bought a gift for the Sherbecks to show his appreciation.

I was shooting a Browning A-5 that dad gave me when I was a kid.  Years before he saw the gun with a little rust on it he made me shoot an old model 97 back then. When I had to use that junker I learned real quick that you always wipe your gun down when finished for the day. I never forgot that and my guns in the safe get a wipe down twice a year if they need it or not.

Well it was shooting time and doves were flying everywhere, it seemed like you could shoot a limit in no time at all. As I said there were trees all over and it was hot so most of the shooters tried to get under a tree for the shade. I was down by the creek and I thought I knew where everyone was. I took aim on a bird up the hill, followed through and pulled the trigger.

I shot and heard a yell; I recognized the voice it was Paul the German. I peppered him pretty well. I ran up to him and found I hit him with a 7 1/2 load at about 60 yards. There was a shot in his cheek and a number in his arm. Man did I feel bad; I shot a man who I thought the world of. He was in his late 70s and I was amazed how he took it. All I wanted to do was throw the gun in the creek and quit hunting for good. I never in my life felt so low and never have since.

Paul said don’t tell your dad, he will have a fit.  I didn’t tell, but he knew what happened and I thought I was going to get a real chewing. Dad said let that be a lesson on shooting and never follow through till you know what’s there.  I think that’s what has made me a safe hunter since I am always concerned where that gun is pointed and it makes me nervous when hunting with people I don’t know.

Old Paul was shot three times during the war, by the Russians, French and Belgiums. One time he was left for dead in the dead pile until he moved. I actually saw his wounds at the old club. I guess that spraying I gave him wasn’t much.

There is a little advice in this story and I’m sure you got it. I have been peppered many times and was shot once about the same in South Dakota 10 years ago. It drew blood and hurt like hell but was a long ways from the heart.

Kind of looking forward to coming home. The key word is kind of. The weather has not been very good I hear but it should warm up soon. Still need to get a mess or two of Mushrooms.

Keep Your Worm Wet and Your Powder Dry  – Harry