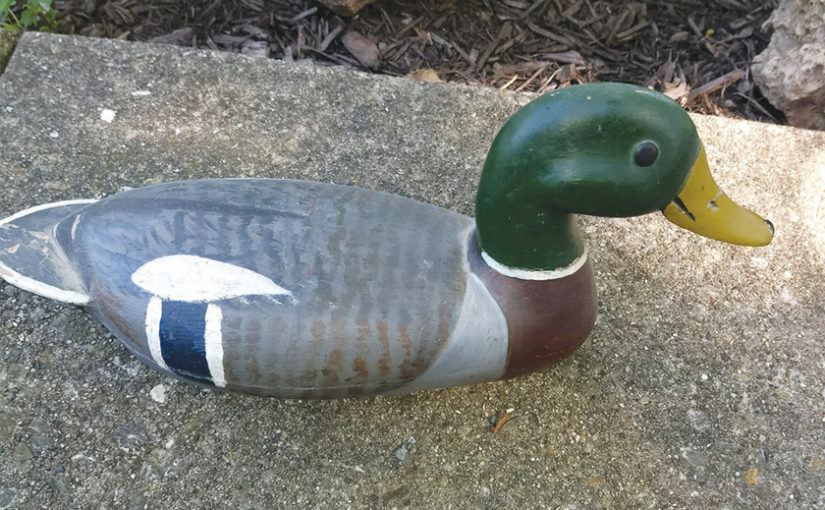 Where in the world did summer go? It seems like it just got started and now cool weather will be prominent very soon. One job I have learned to hate and that is blowing leaves.  I have to do that at least 4 times before I have blown and bagged all them for good. Seeing the leaves change, feeling the nice cool nights and warm days is great.

Growing up in the Midwest was and is still a wonderful place to call home. The Canterbury’s came to Illinois nearly 200 years ago. The soil was the best in the world and was nearly free and those are two good reasons they came to Illinois.

If they could make Chicago a separate state, the rest of Illinois would be the best place to live in the USA. So far this year in Chicago over 2000 citizens have been shot and to date 395 have died. Those stats are higher than the wounded and killed in Afghanistan at any time during that war.  Just one weekend this summer they shot 68 and killed 17. There were no arrests made that weekend. The no snitch attitude that Chicago residents have, make it very hard to solve the murders.

Knowing a few retired cops from Chicago they told me they have become a clean-up force now instead of crime fighters. Police say they want to retire soon and would like to see their first check and their grandchildren. Shooting Cops has become a sport. The murder rate is 16 per 100,000 the highest in the country. The only place where it is higher outside of the US is South Africa where 49 a day are killed. This year alone in Chicago there will be nearly 800 killed and over 3000 shot. Their mayor said he will not run for the office anymore. It seems everyone has given up on fighting crime in Chicagoland.  Many shot are these poor little kids some only a year old, and will die with never having a chance at life and no one cares.

Chicago politicians didn’t want concealed carry to be in Illinois, you go figure. You know this hunting thing has changed over the years with all the new equipment that baffles the mind. The clothes we wore 50 years ago to keep us warm are obsolete. You can hunt all day no matter what the temperature, even 20 below. I remember when all you had was insulated underwear and a canvas coat. If you stayed out more than 3 hours you were froze. Gloves at the old Red Nose were brown jersey uninsulated and we went through them by the dozens.

Our outside coats were brown or tan canvas and that was all we had. Layered underneath sweaters and flannel shirts.  Boots were Red Ball or Lacrosse bell-tops and still are real great boots.  They look like the old fireman boot they used for years and still do I believe. If you used chest waders Hodgman was the top of the line.

There were only a few choices of guns, most guys shot the 870 Remington pump, 1100 semi auto, Model 12 Winchester all sorts of double guns and the Browning hump back A 5. The over and under became a fad about 1964 but soon disappeared after a short time because it had no third shot.  There were a few other popular guns, but these were the choices of the times and very dependable.

Today there are many of guns that have taken their place. Even I shoot a Benelli semi auto black eagle these days. I still have those old pieces of history but putting steel shot through them would be a big mistake. Guns are a work of art and I still wipe down and pull those old fowling pieces up and remember when I was young.

Hat or cap choices were as few or fewer than other gear. The Jones cap or Robin Hood hat seemed to be on most heads with a few khaki ball caps here and there. I remember when dad gave me my first goose down jacket I thought I went to heaven. I would shiver all the time from the cold but when I put that on it was unbelievable. That was about 1968, the stuffed goose down coats have gone by the wayside with the wooden decoy.

Shells are another item that has really changed over the years. I remember dad always loved high brass 7 ½ shells. He said they break both feet and both wings, and you had extra shot. He also liked Super X Heavy load number 5’s for heavy winds and shooting geese. The crippling rate was minimal not like this steel we shoot today. Lead was deadly fast and a much better load than steel.

Now when it comes to duck calls we had little choice there also. The black Olt D2 was on every neck from England to Argentina. I learned on that call and still have a number of them today. If you were a duck hunter you used an Olt. The other calls that were around but not as popular were the Yentzen of Groves Texas and Mallard tone of Illinois. There were many lesser known makers across the country including Herters Silver Reed you could buy out of their magazine and I have one of those too.

But the D-2 Olt is still the old king of calls. Dave Jackson of Pekin worked there for over 26 years and is still making a lot of the calls of yesterday and has made great strides in the industries. His varieties of game calls are unmatched from goose, turkey, duck, elk and predator. Practice makes perfect and believe me he has it down. Thanks Dave for keeping this old legacy alive. Find him at DJ Calls.

Another thing that has really changed the way we hunt waterfowl is boats. We had wooden boats that were so dam heavy it took 4 guys to load them in a truck. In fact, most duck boats at that time were wooden and a few were aluminum. I have an old duck boat from the Red Nose club Aluma Craft made out of B-24 and B-17 skins when they scrapped them out in the late 1940’s. It was fantastic being only a 100-pounds and moved quicker on the water. The variety of watercraft available today is as good as it gets.

The last two are motors and decoys that have revolutionized the industry. The Mud Buddy motor is by far in my opinion the best thing next to sliced bread. Made for duck hunters by duck hunters it has made it possible to hunt places you only dreamed of getting into.  I own one keep it in Florida and use it on the flats to fish and shoot ducks on the Myakka River, it is unbelievable.

Decoys have always been up for conversation. What’s the best decoy for all the reasons? There are as many decoy makers as there are call makers but the best decoy I have ever used are Fowl Foolers made in Ohio. In my opinion they are the most durable decoy made in the USA. You can drive a truck over the heads and they won’t break. I knew the inventor Charley Hagus and he made no short cuts in quality parts in making this burlap wrapped hunting necessity. You can reach them at www.FowlFoolers.com. They are a life time decoy and really a decoy you can proudly pass down through the family.

There are a lot of other things we could talk about when it comes to duck shooting but here are a few and it has changed mostly for the best.

Be sure to vote Nov. 4.  Two local men who are dedicated and hard working in the Peoria area are Brian Asbell for Peoria County Sheriff and Mike Unes for district 91 state house. Both of these guys support our 2nd Amendment and work hard for all of us especially the sportsman.

Have a great opening deer and waterfowl season. Be careful out there…Keep Your Powder Dry and Your Worm Wet.