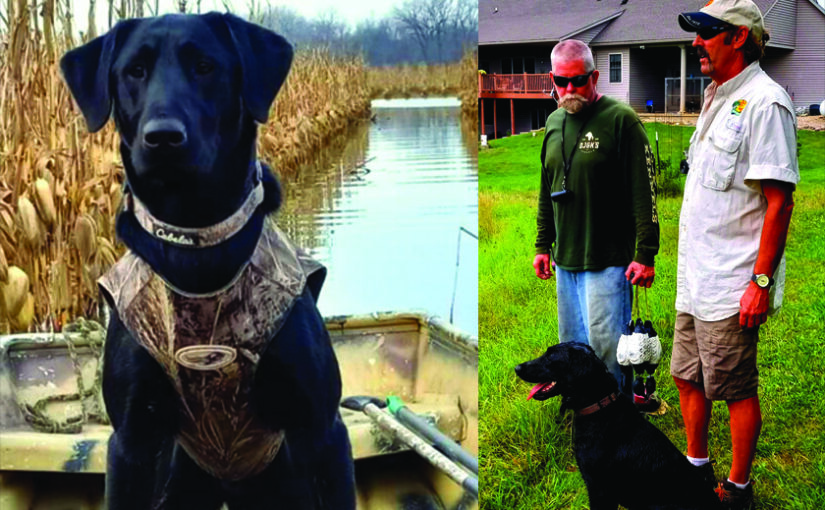 The Fall Tune Up

I looked for a dog for a long time when I had heard about a trainer that had a young male who was already been in training. When you hear this from several dog people, he is usually something special. I did not have any time to spend with a puppy and, to tell you the truth, I did not want the chore of house breaking, etc. I have had a lot of good dogs, but being in my late 50’s, I wanted one Great Dog. Long story short, I purchased a 15-month-old started male retriever from DJ&K Kennels specifically from David James.

The process of securing the dog was time consuming, but after several conversations with David I secured a visit scheduled for a Saturday. I met David who was more than patient answering all of my amateur questions and telling me about his training facility and the young male I was about to meet. I was excited and a little afraid of taking back on the responsibility of another dog, but as we say, time rolls on and my days of chasing crimpled ducks in the flooded corn of Mallard Farms was getting old like me. The time had come, and the young male was released from David’s kennels.  I immediately saw that this dog was built like a Brick Sh.. House. His muscle mass and shape reminded me of a sprinter in the Olympics.

He was a perfect size, around 65 pounds, and beautiful. Now I know dogs are like kids and everyone thinks their dog is the best looking on the block and going to be an NFL Quarterback, but this dog had everything. We put the dog through his paces. I watched as the dog worked with great desire making the retrieves and taking commands from the trainer. We worked him on several drills. He was not perfect as most young dogs are not, but his drive was unstoppable. I was able to spend a little time with the dog and right away we bonded. On the ride back home my friend, Jim, told me if I did not buy the dog, he was going to.

Now Jim is a dog man and has worked and trained with some of the best trainers in this part of the state. So, his words rang truth in my ears that evening as I prepared for bed.  I contacted David the next day and agreed to his asking price. I scheduled a Saturday off to pic the dog up. David made sure I had the day free so he could work with me and my new companion, Scar. He was adamant about training me as much as the dog. The Saturday came and found me wheeling my Tundra back south. Our meeting place was at David’s deer hunting cabin. We worked the dog a little and let David and his wife say their goodbyes to Scar. He was sad to see Scar leave as he treats his started dogs as family. I think there may even been a few tears shed by himself and his wife as we filled out the rest of the paperwork.

Fast forward a couple of months, Scar was indeed a stud. He adapted to the flooded corn and mallard hunting fast and was gaining the appreciation and a good reputation with our members and my hunting buddies. He made some mistakes and there were several long conversations with David on what and how to correct minor mistakes Scar was making as a young dog. Needless to say, Scar had 68 retrieves his first season without a lost duck or goose with several of those retrieves being one could only express as impressive for such a young dog.

Again, fast forward the summer was long and hot. My time is limited working two jobs. Training time was also limited with Scar. Even though we went everywhere together, there was not a lot of time to train. He had become my best friend helping me through one of the hardest parts of my life I had ever had to go through. He was heaven sent and I can only say it was fate that brought us together.

David and I had kept in close contact even becoming close friends. Our conversations about whitetail hunting took us on several occasions late into the night. On one such night, David suggested I bring Scar back down for a visit and a little more training in late summer, a tune up as he called it to ready Scar for the upcoming waterfowl season.

Again, I pointed the Tundra back south with Scar in the back seat. We arrived and was greeted by David and his wife. He was in the midst of working with a few more young dogs he needed to finish up before we worked with Scar. I watched as David worked each dog patiently, working them according to their demeanor and amount of training they had received. He said every dog is different and take to the drills in their own way, even though the end result is the same. He worked several in the garage and several advanced dogs outside.

The time had come for him to reconnect with Scar. I let him out of the truck and immediately he tried to get in David’s lap. He just smiled as the two got reacquainted. We set up several retrieves on David’s one-of-a-kind training lakes. His lakes are set up to work young dogs and the most seasoned veterans. With remote launchers loaded, scar was put through the drills. I smiled and was relieved as he had not forgotten his training or the new stuff he had learned hunting real waterfowl. His performance did not only make me smile but David as well. David said he was where he needed to be and, after a few days of training review, he should be able to move forward with some more advanced training.

The fall tune up, as he calls it, is a chance to re-cement the dogs basic training as well as correct bad habits the dog or the owner (handler) may have picked up from the last season or from home life. The timeline varies from dog to dog, so there is no set time on how long he or she needs to stay with David. T.W Houk, his training partner, handles most of the dogs that are going to AKC and UKC retriever hunt test as well as training.  David works the magic with his dogs. David had a few ideas I picked up talking and watching him during the course of the day on Scars drop off.

#2 keep the dog’s shots and scheduled vet visits up to date (he has a vet he uses and trusts, so if a set of shots etc. are scheduled during your dogs stay, he can have them done to keep them on schedule.

#3 Write down and remember the things you are concerned about so you can confer them to the trainer, thus speeding up the tune up process. (Bad habits the dog may have picked up over the last season or things he needs to do better).

#4 This one is the most important. Keep a few days free to go down and work your dog. David has told me more than once; the handler needs as much training as the Dog!!

#5 Book your date in advance. These guys book up fast and can only take a limited number of dogs, so secure your dogs’ place well in advance.

#6 Don’t be afraid to share difficulties you and your dog are having. Every hunting scenario is different. Hunting areas are different. For instance, working flooded corn is different than hunting big open water blinds, as well as field pits. Share with the trainer how you plan on using your partner in crime.

#7 Don’t be afraid to ask questions in dog training. There are no stupid questions. You and your dog are going to school, so treat it as such. Remember, these guys are trainers. Dogs, as people, learn at different speeds, some need more, some need less. Don’t expect by leaving your dog for a month that he will come back at field trial level. They are good and can correct many things or teach advanced retrieves, but this takes time. Watch and learn so you can re-enforce basic commands and continue their training on your own back home.

DJ&K Kennels and David James do a great Job and I would refer them to anyone. With true compassion for the dogs and matched with years of experience and advanced college degrees in animal science, he is hard to beat. His dogs speak for themselves! I truly believe he is in it more than just the money. He truly loves these dogs and what happens to them after they leave his facility.  He loves to see their progress and videos of their work in the field.

I have left his contact information in this article. If you are looking for a started dog to buy or need your new pup trained for the field or obedience or advanced training for a trained dog, he can get the job done. He has done wonders with my dog Scar and I look forward to maintaining our friendship and The FALL TUNE UP for many years yet to come. He pulls no punches, so don’t be upset if he tells you what he thinks or his recommendations for your dog. I don’t think in all my years I have ever met a nicer man or a more truthful one. He is all about the dogs! He can be contacted at djkkennels@one-eleven.net or by phone at (217) 273-4915. If you have any questions for me about him or his facilities, you can shoot me an e-mail at vinovichoutdoors@gmail.com .

SEE ‘YA IN THE MARSH!