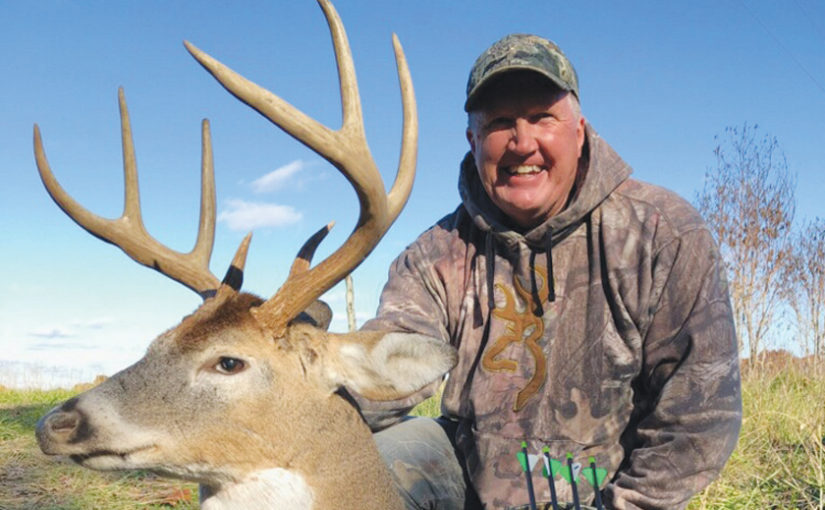 The Department of Motor Vehicles employee administering the vision test for my driver’s license renewal exhibited a facial expression of concern!  The decision was made to overcome his anxiety with the explanation of failing to remove my hunting contacts designed for a focal point at arms-length and beyond for my poor performance.  Had my normal spectacles been at hand, the test would be more than successful!  My command of the language and business-like appearance helped to clear the matter to my satisfaction.  The real reason was my score was probably within close standards to the pass/fail line and I was given the benefit of the doubt!

The mandatory photograph taken by the office was accomplished but with further completion of the renewal, I was asked if the height and weight were approximately the same as my current license stated?  Why Yes!  After all, what is approximate to some may be different for others!  The friendly man then stated he would change my hair color from Blond to Grey.  This produced a feeling of being punched in the gut!  The decision was made to not argue the point as getting to this juncture was precarious enough let alone my attempts to convince him that upon my hair growing beyond my present flat top military style cut – the hair would again reflect the Blond description?

My drive home was depressing.  The ringing in my ears, poor eyesight, joint discomfort and overall relaxing of my normal super drive mode were now the norm and now sporting a drivers’ license proving my condition!  Would future bow hunts be limited to over forty-degree days with the sun shining and conducted in my back yard where the shot could be accomplished if under thirty yards?  My yard could produce trophy whitetails, but the odds were not in my favor within a reasonable time period!

After missing a Turkey, at bunny yardage, while on the stand, a practice session ruled consistently high shots!  Over several days, my practice produced the same result!  Unfortunately, the problem was chronic, but no measurement of the bow or technique had been changed?  Now confidence was a question.  Had bad form produced a bad habit?   After a check-up from my friends at Archers’ Ally in Decatur, IL, adjustments were made to mend my confidence and shooting acumen.   They suggested possibly reducing the poundage to ease of shooting – a further insult to my condition!

Several hunt days during the rut were forgone due to a chest cold condition for which drugs could contain but not eliminate.  Being forced to rest while in the midst of the Rut was torture!  In addition, my stand hunting was producing many whitetails but always too far, too small, or too fast!  The pressure was building!  Hunting a truly wild animal not farmed or canned is tough, statistically difficult but rewarding in the pursuit!

The glint of white off a set of antlers caught my attention!  He was approximately fifty yards distant facing due east.  Working the wind as he should was evident – he was staging to move into the valley to the east and was simply watching the area before proceeding!  If he moved this direction my shot was non-existent.  Standing perpendicular to me at this distance, I could not see him but knew he was there as he was hidden by two large oak trees between us.   After what seemed an eternity, he proceeded in a south easterly direction working the ridge of the canyon further enhancing his protection in his advance but possibly giving me an opportunity.

As he cautiously advanced, my window of opportunity would be small and open only for a short time!  His intention was to drop into the valley but he would backtrack sideways down the hill into the area he had just surveyed.  I mouth grunted successfully, he stopped slightly quartering away and downhill facing!  This was the moment!  Now or never as a true bow hunter knows and as the old adage borrowed from the Major League Infielder on their throw to first base, “you have more time than you think, and you have less time than you think!”   Without thought the bow already drawn was aimed to the most lethal and hittable point and released!  The sound was distinct, almost like an arrow going through a half empty barrel!

The deer advanced on a run on the path he intended to take initially, after dropping over into the valley side hill only the heavy sound of his run in the leaves could be heard but not seen. Then the sound of a heavy thump!  Was it the sound of him crossing the rock bottom of the creek in the valley below or the crashing sound of his demise?  Was the hollow sound of the arrow striking the target the results of a gut shot?  Fighting the impulse to investigate, I waited forty-five minutes on the stand before beginning my search.

The arrow indicated a positive hit but the trail was not as positive, but he was traveling downhill and the shot entered from a high angle.  I traced his trail by blood, upturned leaves and from visual memory of his flight.  Climbing down the hill in this fairly clean environment, no deer was evident producing that empty feeling in your gut.  The deep creek bank just east of my advance was close to my path of travel.  Upon peering into the deadfall over the ledge in the creek bank, the deer was illuminated in the bright sunlight where he lay in the pool of water!  The lethal shot had produced a quick end!

The feelings of this moment are difficult for words.  Success, euphoria, and gratitude are some a true bow hunter (one who draws a bow in the traditional sense) will experience.   This old grey-haired specimen can claim success for 2018!