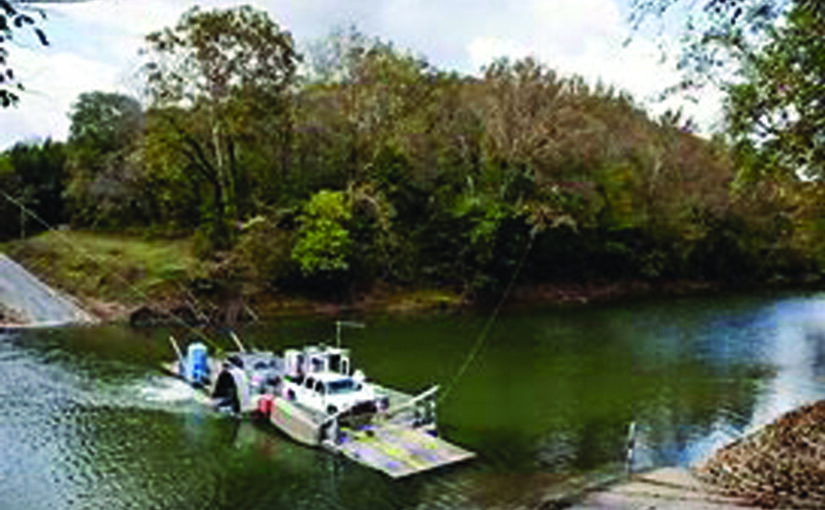 The parents were proud pink after the birth of twin boys.  The hilly community along with their church brethren celebrated with them as well.  World War II was several years away and although this family was of hardscrabble worth, they were simply in the same circumstances as the rest of their small community. This community took care of themselves – they were not yet conditioned to expect the government’s largess.

Time progressed until the boys were able to travel with their father as he traveled to visit relatives, now at the age of five.  Cars of that era did not include seat belts and the importance of their use was not yet a mainstay to travel with children or adults!  The travel plans that day included using the ferry service to cross the Green River as the nearest crossing bridge was many miles away.  This was normal practice and waiting their turn was expected as the ferry could handle only a very few vehicles during each crossing.

The boys peering from the open window of their car watched in amazement as the ferry began the journey across the river and the cool winter breeze was numbing their faces.  Upstream a large Cottonwood tree had collapsed into the river as the banks had been eroded by the numerous coal barges laden with their black cargo progressed up and down the river parking their loads on the Kentucky side of the Ohio River at the mouth of the Green.  The Green is a deep navigable river that can accommodate the barge traffic to and from the mines.  The main employment of this time was work in the numerous underground mines from upstream counties such as Muhlenberg. The Green was not a wide river; only the most experienced tow boat motor operators could manage the hairpin turns and the passing of other barge traffic and always with extreme care!

The river was swollen somewhat from the melting snow and saturated grounds of the watershed making up the Green River Waterway.  The giant Cottonwood Tree trunk was large in diameter and still buoyant as she had slid into the water only hours ago!  The tree trunks’ float was not fast but with this much weight, girth and canopy intact she was a powerful force.

The ferry operator did not see the floating menace until too late, the large canopy hooked the front corner of the ferry creating a downward force he was unable to combat through reversing his course – the ferry was sinking, almost as diving into the dark, muddy depths of the Green!

The following moments were tragic!  The rushing water was flushing the boys from the confines of their car as all were in a state of panic!  The father grabbed the nearest son and held on to the steering wheel to secure his position but the elder twin was gone!  This was the last time the young boy was ever seen, a victim of the River.  Now he was with God!

Just four years later, the father and remaining son were traveling to visit relatives. The tire blew on their old car and was beyond repair on the spot.  The spare was non-operative as well.  Both father and son walked to the nearest home nestled one hundred yards up the lane. Unbeknownst to the visitors this home had been the recent scene of tragedy and despair as one of the inhabitants had been murdered!  A victim of the Leslie “Mad Dog” Irvin killing spree over Southern Indiana and Western Kentucky!  As the father knocked vigorously on the door a shot rang out from the frightened inhabitant with the projectile passing through the door and hitting his father in the chest killing him instantly as his young son watched on!

While as horrible tragic events affect some among us, this story is one of pure heartbreak and was told to me by the surviving son who grew and raised a family and fulfilled a strong career.  His recall of this story was told to me when I was experiencing tough times in my life and early career – my outlook changed that day and I will always appreciate his decision to hire me as this became my career path taken in life.