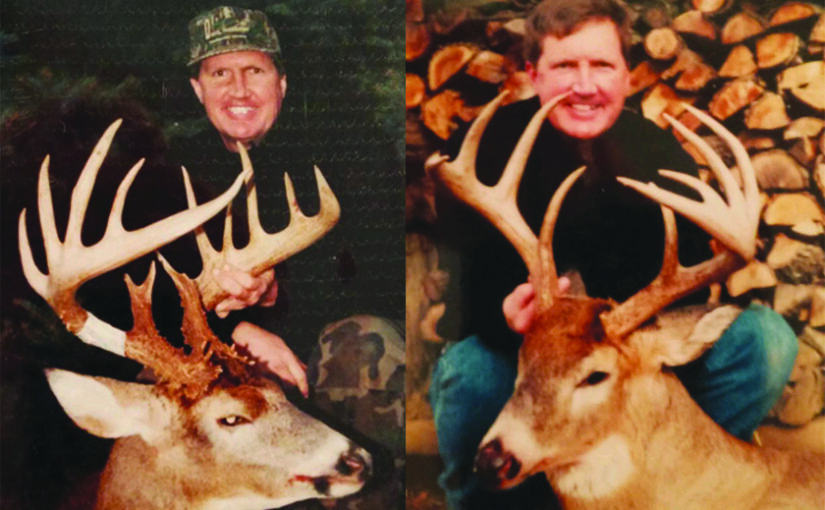 The season for 1997 was all a Deer Hunter could hope for on this marvelous piece of property in western Illinois!  Although I did not connect on the largest typical Whitetail ever encountered during my then and now hunting career, success did come as expected as numerous giant deer were present.  My relationship with the old woman landowner became closer and not for simply selfish reasons as I truly enjoyed our conversations and camaraderie.  Making access to this wonderful property long term was paramount in my thoughts for the future, either through a long-term lease or potential ownership!

During the summer of 1998, after many discussions with the elder property owner, she finally agreed to sell the property to yours truly but only after her death.  The property would be under a lease contract accordingly until her demise.  I was floating on air as I met with her at her attorney’s office where an “agreement to agree” toward this arrangement was consummated.  After our meeting, we had lunch at a local restaurant.  The happiness within could not have been more intense as my dreams were to come true on this land!

During our lunch, she confided in me that upon her death, all of her estate was to be willed to her church.  She then admitted in earnest – she had no need of any more money!  She then informed me that she was to contact her attorney and instruct her to reduce the agreed upon selling price per acre upon her death by two hundred dollars per acre!  The warm feeling of being the recipient of this great honor overcame this writer as I felt that for once in my life something good was happening to me!  I reciprocated by telling her this was the greatest gesture of good will I had ever experienced!  To honor her magnanimous offer, I would donate this amount to her church in her name!

The drive home after our meeting was if riding on a magic carpet. The euphoric feeling was intense, and the mental ownership of the property was now taking hold.  This was Christmas morning and Sensual Orgasm rolled into one!  The feeling of being lied to and heartbroken many times over my lifetime to this point seemed to vaporize but still a nagging thought in the corner of my brain told me to not trust!  A feeling such as this will be either the greatest day of my life or a fall from the highest mountain into the chasm of disappointment!

The next several days felt as if the multi-state Lottery winning were being processed and soon to be deposited into my account!  No trespassing signs were purchased and dreams of magical success on a giant whitetail from my well positioned tree stand weaved through my thoughts.

The day was a Saturday, several days later – I pulled the plain white envelope from my mailbox, noticing the St Louis postmark with no identifiable return address or feature.  The simple handwritten letter simply conveyed our deal was dead!  The devastation was intense, as if your spouse had run off with your best friend, stolen all of your money, given all of your deer mounts to PETA and the Doctor called to inform you of a terminal illness!

None of my phone call attempts were answered in an attempt to rectify this situation.  After the heartache subsided, my attorney was contacted to give opinion to my downfall.  “It is a contract” he informed me and if they do not comply with the stipulations, we have legal remedy!  A slight feeling of hope surfaced but with the attorneys’ bluster – I was not placated.

The thirty-day deadline on our agreement passed with no action.  My attorney advised if his initial contact did not produce results, we could seek recourse through the court system.  After several weeks his tune changed dramatically.  Because she had unlimited funds this case could be tied up for years in court until her death at which time, I would have only attorney bills to show for it!  If the action did produce a court appearance – who would the local judge side with?  The local attorney representing the elderly lady was a lunch buddy of the judges!  The old woman was quite adept at playing the helpless old lady who didn’t understand the arrangements offered by these out of town city slickers (my attorney and I) attempting to get her land!  So much for our wonderful legal system!

After several months the heartache over the loss of this property subsided somewhat but still burned in the pit of my stomach!  A phone call came in from my nemesis seeking to apologize for her backing out of the deal and although she would not commit to a future land deal, she offered the sole right to hunt this property to me for the next season and we would talk later about a potential sale!  My spirits soared and I vowed to work hard to win her confidence and trust for the future.

Little did I know this was in fact, a subterfuge to entice me onto the property and then have me arrested for trespassing!  A local informed me of this plan and luckily the Department of Conservation had dealt with her several time in the past and considered her eccentric (mildest form of crazy).  My spouse informed me that I should have no further contact with this individual in the future.  If you don’t tell my wife, I did call the Trust Officer at the bank managing her affairs after she was placed in a Nursing Home several years thereafter offering to lease the property but the present Lessee, I am sure had no intention of ever letting this property get away!

Many years have passed since this episode of my life.  Subsequent heartaches have been endured since.  The original farm home and barn along with her cattle cemetery have been bulldozed into oblivion.  She spent her final years in a nursing home until her end!   The farm eventually changed hand (another interesting story) but with the business of whitetail hunting marching forward the quality of this piece of property has diminished dramatically.

I have forgiven my now gone foe and attribute to her a portion of my learning of the ways of life. The words of an old Junk Yard owner resonate with me as I was pulling my checkbook out to pay – when he stated emphatically a check – I wouldn’t take a check from my mother!