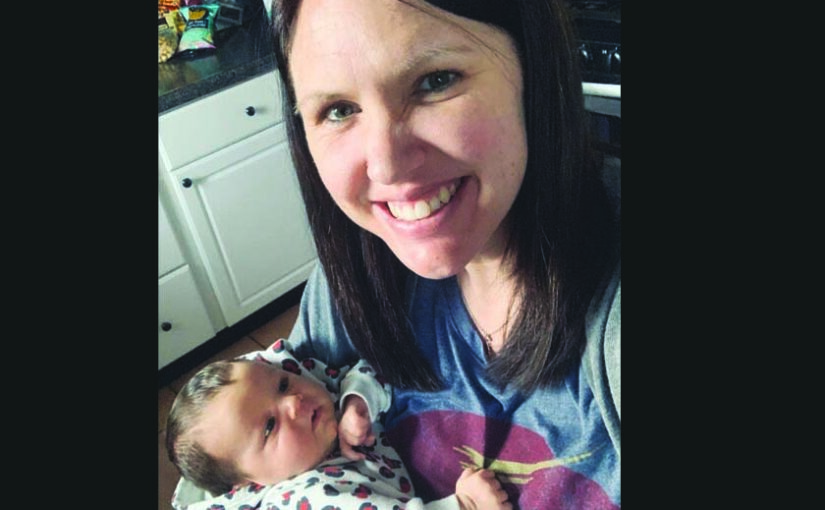 As the Eastern sky lightened, a resounding gobble broke the then chorus of Whippoorwill’s announcing their presence!  This bird was close and very vocal on the roost. Rather than set up in the field edge next to the ridge where he sounded, his luring gobble broke my will to sit tight and a stalk was initiated.

The leaves underfoot were moist and the deer trail was clean but advancing on a Roosted Gobbler is usually bad medicine as the advantage is with the elevated bird with better vision, no leafing cover, hearing and the sixth sense – noticing the change in the sounds of the woods!  His position on the highest ridge in the County was perfect.  The steep hillside with a beaver pond in the valley to the Southwest further strengthened his bivouac site choice for his nighttime rest!  Edging along the hillside, my advance was yielding results as now I was close just below his line of sight.  With the wind from the Southwest – he should fly into it as he glides to the ground, putting him only yards from my position!  As if on cue, he hit the ground and immediately strutted back and forth just over my line of sight!  Probably a mistake but a few light tree calls were made enticing him to venture over to peer over the hillside putting him at the end of my new Benelli shotguns’ front bead!

Earlier this morning, my daughter gave birth to my second granddaughter, Mycaiah Jaymes Herschelman, all was well in my world and with my new shotgun ready to tally the first bird of the season, I was eagerly confident.  The bird chose to maintain his strutting position and announce his willingness to date with vociferous gobbling!  He did not budge toward my ambush!  In fact, after no hen appeared he drifted away from my hillside ambush site to the East and was gone!  Why did I not attempt to climb higher on the hillside for an opportunity to see him strutting his stuff was burning a hole in my stomach.  This bird would occupy my mind for six hunts.  Over half of these trip he was closer than fifty yards but always evading my chance to end his days!

Hunting my farm on the south end of Schuyler County, a similar Gobbler obviously related to the one described earlier (they must have been brothers)!  Both would not walk across my living room to get a closer look at my decoys and my calling would always send both in the opposite direction!  Both were exceedingly vocal on the Roost but after hitting the ground were silent!  Now into May with no bird to show for my efforts – was this to be the year of the skunk?  My confidence shot, I would not believe the sun rose in the east and set in the west unless having seen it happen!  Rather than drifting off to hunt a more receptive bird, I stubbornly chased these two but the end of the season was approaching fast! One positive was the number of antler sheds found while turkey hunting was a new record!

After taking time from my turkey hunting ventures to visit my Mother on Mothers’ day, I was back in the woods in southern Schuyler County on Monday, May 11.  This day twenty-four years earlier, my father passed away while working in the field on his Indiana farm pulling young sapling trees with his old 450 International – he was found along side of the running tractor but he was gone!  I was turkey hunting this date twenty-four years earlier with no success and was completely exhausted both mentally and physically when the phone call notifying me of the days’ events came!  This was and remains to the present, the worst day of my life!  Although the tears still fall occasionally as I watch the sun rise, smell freshly plowed soil and hear the birds of the field sing – I thank the Lord for my father and can only give thanks to him posthumously!

Early before light, as approaching the top of the wooded bluff overlooking the big valley to the east, a gobble caught my attention.  Silently and quickly stalking to the sounds’ location halfway down the hillside on the west side of the valley, the bird has positioned himself perfectly and with the wind he would fly down toward the clean hillside in the woods.  As daylight came – I could see him gobble each time a far off crow cawed! My position was set.  Any further advance would spook the bird.  Waiting and waiting until finally he drifted to the ground but far enough away that only half of his upper profile was visible to me over the hillside!  The anticipation was intense as he immediately moved quickly along the hillside to the north – my gun followed and as he walked between two trees, a clear shot was offered but only for a short time – the sound of the gun shocked me!  The bird disappeared!  After running to the location of the shot my bird had indeed succumbed to the charge!  A happier and more grateful Turkey Hunter could not be found in all of North America!

After giving thanks for my bird and the love and protection afforded me by my father, the promise was made to do the same for my family and little new granddaughter.  My walk back toting my bird would forever put a new positive memory on this date for the future!