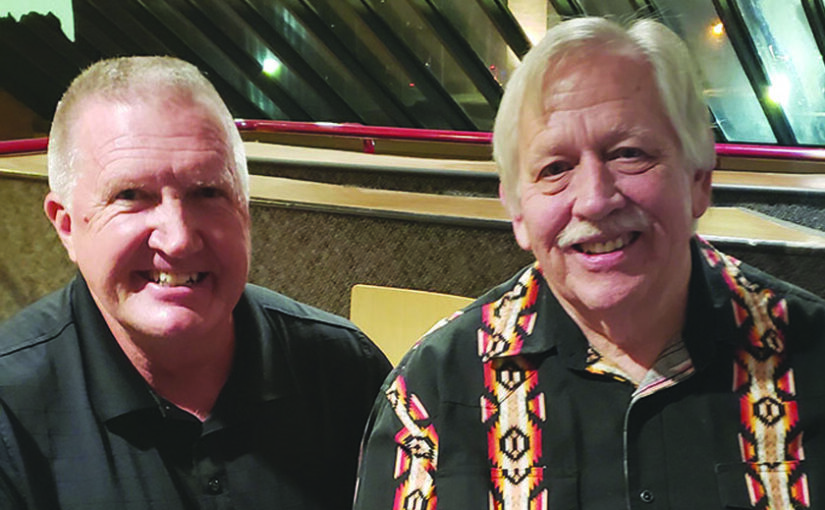 It was a purposeful meeting.  An old Kentucky Boy born on a tobacco farm ultimately became successful in an entirely different field had touched my soul through his musical performance this very evening. His beginnings were similar to my family history.

As the world turns, this pair was married and raised four children.  All brought up through church attendance, although sometimes at the end of a gun!  Truth be told, this heritage is within these children and probably will remain although not manifested in continued church attendance!  The introduction to the outdoors was from my experience on my grandparents’ farm and the few trips my dad would take me squirrel hunting.  This was also my experience with my maternal grandfather allowing me to accompany him on ventures into the wild with my Daisy BB rifle in tow!  From my youth, the moral compass was set properly, although sometimes deviated from in the tribulations encountered on the path to maturity.

As another fall season matures, the call of the woods, waters and hopefully successful outdoor experiences await. Troubled by the improved technologies from my younger years, a different outdoorsman has appeared.

Many have grown up with telescopic and laser technology on their firearms with the use of range – finding devices capable of within inches yardage calculation. Deer shotguns and muzzleloaders are now capable of high-powered rifle accuracy and stopping power.  Cross Bows, mere guns shooting a bolt rather than a bullet are allowed during the entire archery season?  Compound bows can shoot like rockets with little effort! Satellite technology through camera use allow minute by minute update on the bucks using your designated property!  Fish Finders that are precise enough to provide a video of your catch in process!  Duck decoy set ups are now dominated by electronic enhancements.  Many deer stands now are better than half of the third world inhabitants live in!   Habitat preparation although altruistic for some is intended to lure the subject into range but is shooting a buck worn down from his rutting efforts seeking regeneration in a plotted standing crop field a sporting end?

My fraternal Grandmother, Esther Herschelman, when asked what she felt when her calf raised from birth was trucked to the stockyard, she responded with an answer not expected from this tough as nails figure – she cried like a baby!  Respect for life was learned from her answer and her life actions!  Harry Canterbury, the founder of this publication, was from a family who worked in the stock yards.  He tells of his experiences where hogs were led to the slaughter but even then, they were treated with respect up to the end.

We are long removed from hunting as a means of sustenance and possibly now only an entertainment function for some with little grounding in reality as reflected on our depictions in media outlets!  The late Larry Benoit, possibly the greatest deer hunter ever, kept the ear of a whitetail attached to the sling of his pump action Remington rifle as a tribute to his quarry, honoring the hearing, sight and senses of the Whitetail, a testament to his Indian heritage and respect for the animal.  Larry’s hunting techniques by tracking through the snow are legend!  The legendary Fred Bear, after shooting a state record Whitetail with his rifle, vowed to never again use a firearm!  Fred relaxed his standards by allowing his company to produce compound bows although he never wavered from his personal use of only a stick or recurve bow in his now famous hunting adventures!

Technologies aside! When experiencing the outdoors this season, remember to keep yourself and others around you safe. Stay grounded by focusing on the reasons you chose this activity and above all show respect for the game being pursued and the lesson you may be providing to the next generation to follow.  Often being legal may not be the imperative but your ethical compass should tell you what is right!  At my recent, noted in the beginning of this piece, meeting with the great country singer of old, John Conlee, the words from one of his hits rang true, “as an old girlfriend from his youth danced with him at their high school reunion, she asked that he call her and they could return to their former lovers existence despite his now married life … his song depicts his response (no I am old school and I thought you were too!)”

Thankful for my upbringing and the path provided, I can only respond from my heart that I am “Old School” as well.  All must answer the question.  Will you walk forward or backward to the taxidermist?