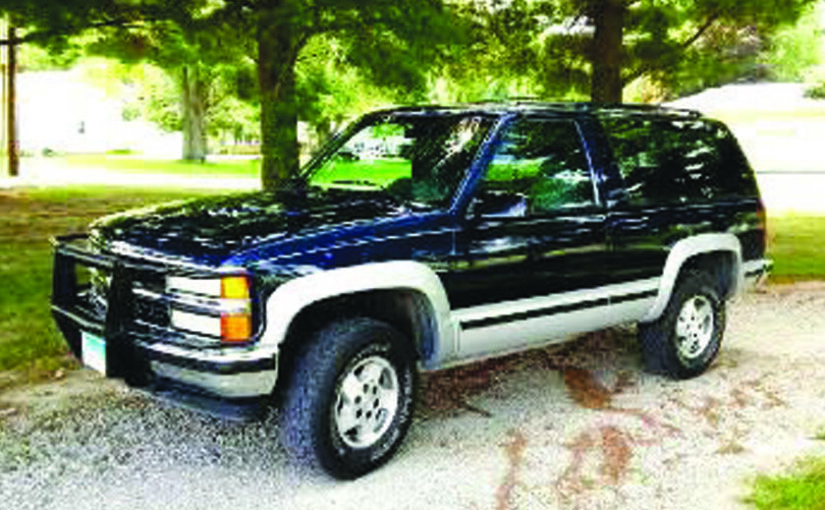 The road leading to our frame home in rural southern Indiana contained less than strategic pot holes as if carpet bombed by an errant B-52 intending to halt the supply chain on the Ho Chi Min trail!   More gravel than chip seal on the surface made for a dusty vehicle once traveled!  The few residents on the road did not have sufficient political pull to warrant an upgraded roadway.  The school buses back in the day were owned by the contracted driver and traveling on our road was depreciating their asset from excessive wear and tear!  No one in my family had ever owned a new car and with growing up in farm country, a shiny new car or pick up would seem superfluous given the conditions.  The reality was no one could afford such a luxury.

Once ashamed of being picked up from after school Ball Practice with my family’s old Studebaker leaving a trail of blue smoke strong enough to kill a mosquito in flight, I was too young to realize the work and sacrifice my father put forth to give yours truly opportunities he never had!  I strove to be the best in athletics and to prove my self- worth in the absence of family net worth!

Upon graduation from College, the prospect of being given a new company car to drive was a powerful motivator in taking my first job after graduation, despite the less than enthusiastic salary and the car being a “broom salesman’s special”.  The decision was made to build my saving and further my career by not running out to buy a new car at first opportunity and making payments to own it.

Fourteen years later in late 1993, with several promotions under my belt and a working spouse, the decision was made to purchase a “Brass Hat” vehicle from my employer, General Motors.  A Brass Hat vehicle was one driven by an executive of the company for a short period, returned to inventory to be sold to an employee or dealer as a Brass Hat or what is now called a Program Vehicle.  The shiny two tone paint scheme, complete with roof rack, and the Z71 package which included trailering equipment, bilstien shocks, tow hooks, skid plates, limited slip differential  and the like was over the top as compared to my then present old rusty Bronco used in my hunting adventures.  Never had I dreamed a vehicle, a 1994 Chevrolet Full Size Two Door Blazer, would be in my possession.  The promise was made to treat it as if it were to be my last vehicle to prolong its useful life!

Fast forward to July 20th 2020, my now old Blazer turned another milestone by surpassing three hundred thousand miles and is now on her thirteenth trip around the earth!  My daily driver is a worker, from hauling my duck boats, flat trailers, rack mounted canoes, etc. to providing formal transportation to weddings or vacation jaunts.  She was rode hard but never put away wet, as I would clean her and maintain her as if it were a symbiotic relationship between us!  She is present in numerous photos of limits of Geese and Ducks to the many Pope&Young trophy Whitetails hauled home in her carpeted back seat area!

She has been named the “Iron Lady” since her maturity past the two hundred thousand mile mark in honor of a true Conservative, the late, Lady Margaret Thatcher, who espoused my philosophies in life and the fact the truck continues to fulfill every demand placed upon her with grace and dignity just as the “Iron Lady”, Margaret Thatcher did during her leadership role in England!  The old truck has her photo and a short biography on the Chevrolet Legends Website in the over 300,000 mile category.

She continues to remind me of my early years and the sacrifice my father made to keep us going, to never let vanity rule and to appreciate the important things in life.  I think my late father would approve of my treatment of this vehicle and the lessons learned while owning her!  Although I would like to have her buried with me upon my demise – my brother, Scott, has vowed to not fulfill this wish so as to not let a perfectly good truck go to waste!

P.S.  ASO has lost a true writer in the passing of Norm Kelly, he elevated the status of the magazine contents with more provocative, thoughtful and introspective stories whether fiction or not!  His gritty personality was well known but his support and encouragement to me will always be appreciated! Praise coming from Norm was the ultimate motivator as I considered him a true professional!