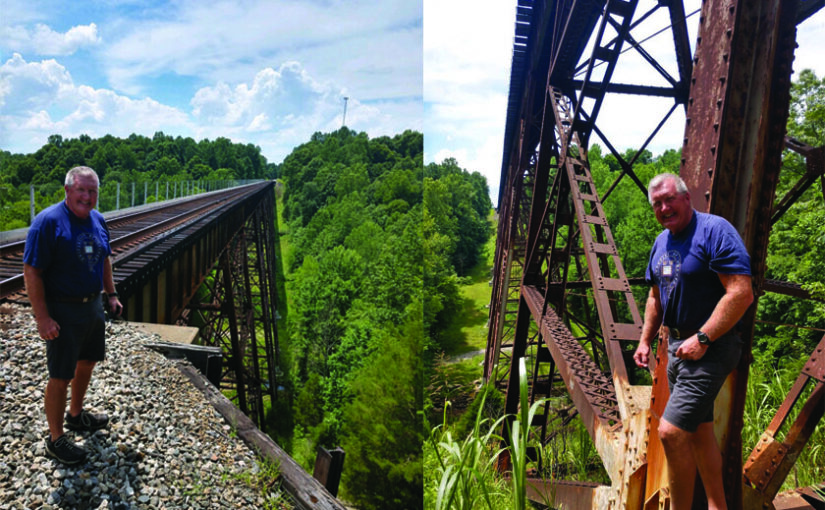 The News emanating from my big screen (actually a medium screen TV in todays’ world) reminded us Elvis Presley died this date forty-five years ago.  Yes – I could remember where I was and what was going on in my life at the time!  Some memories are better left in the recesses of the brain, mine were still vivid of this period long ago thanks to the newscaster’s resurrection!

The year was nineteen seventy-seven, I was to turn twenty-one years old that November.  Tired of an existence with little money and lack of future potential, the decision was made to quit my college career having completed a little more than two and a half years during the three-year span since graduation from High School.  I was with a girl I intended to marry, the routine of summer and part-time employment coupled with college made for a tough reality, especially when my old Ford Bronco required about the same time on maintenance as travel time provided!   White Privilege had not been invented yet and the fear at the time was the earth would become an ice crystal due to dropping temperatures with our civilization in peril!

The prospect of making five dollars and fifty-three cents per hour working as a Maintenance of Way Employee on the Louisville & Nashville Railroad seemed quite agreeable after all my young life was that of a farm-boy, lumber-yard hand and construction laborer.  Hard Work had always been in my past and would probably consume my future as well.  The L&N Railroad was to a working man a good job!

After driving to the side-track rail site in Anton, Kentucky to meet the crew I had been assigned, my first interaction was with the foreman of the crew, P. E. Emberton (Phil to the Crew) – his coffee cup was steaming and the Marlboro in his mouth contrasted with the weathered skin on a face topped by a white (all other wore yellow) Railroad Hard Hat with the red emblem of the company L&N embossed on the front. Where are you from asked the gruff foremen?  Evansville!  “I’ve never seen anyone worth a Fuxx (rhymes with Truck) come out of Evansville” exclaimed Phil!  Not exactly the welcome I was expecting!  Phil was in a sobering up period, a perpetual condition he exhibited throughout my time working with this gang!

I was determined to prove him wrong with my work ethic.  Just a few days thereafter, after arrival, we were instructed to load into our Truck for a different job site from the bridge we were working on in Nebo, Ky.  The destination was to be the Gum Lick Bridge, they were installing new Ribbon Rail and needed all hands-on deck to drive spikes securing the rail to the bridge ties.  What is the Gum Lick bridge? I asked?  Phil informed in his usual manner, “When you step onto this bridge and look down – tall trees will look like grass blowing in the wind.”  this was to be my initiation to the heights experienced in the bridge gang Life!

The foreman’s description was entirely accurate! The locomotive towed one of the new Ribbon Rails (continuous welded rail rather than sections bolted together rail) across the bridge.  All the laboring men unloaded and carried railroad tie plates to the bridge and placed them in stacks on top of the ties for installation.  In the interim a fully loaded train appeared.  The decision was made to allow this train to cross the bridge prior to disabling the current tracks rather than hold it awaiting a probably extremely long down time for rail conversion!  As the train crossed at less than five miles per hour, the vibration caused the plates to fall from the bridge and hit the steel superstructure on their descent creating a symphony of metal clanging as she passed!

Fast forward to the present, my brother Scott, a newly retired High School Auto Mechanics Instructor, and I decided to visit this bridge taking pictures with his drone and reviving old memories of my younger days.  After some difficulty in locating the bridge near Crofton, Kentucky, we trudged down the tracks to the bridge site!  As we launched the drone, my brother exclaimed “say goodbye to the Drone” in a joking manner.  Seconds later his tone stiffened.  Dead Battery!  How can that be?  No Matter – a drone will return to their launch site after sensing a low battery.  This battery was so dead; however, the machine could not obey its objective and after a futile attempt to coax it back she lost altitude and crashed!

After a hike through the canyon, we located the drone and retrieved the wounded bird.  While in the valley, I retrieved one of the fallen plates from the valley floor as a memento of my past.

After a short career with the bridge gang, I resumed my college career having acquired maturity and a higher level of motivation from the experience.  I proved my worth to the foreman and will always look fondly at the times spent with the gang!  The foreman eventually overcame alcoholism, and the drone was repaired through the ingenuity of my brother, a mechanical genius.  The money saved while working on this job paid my tuition once back in school, a painful set of transactions, but seeing men accomplish great feats with sheer determination and will still inspire my present attitude!