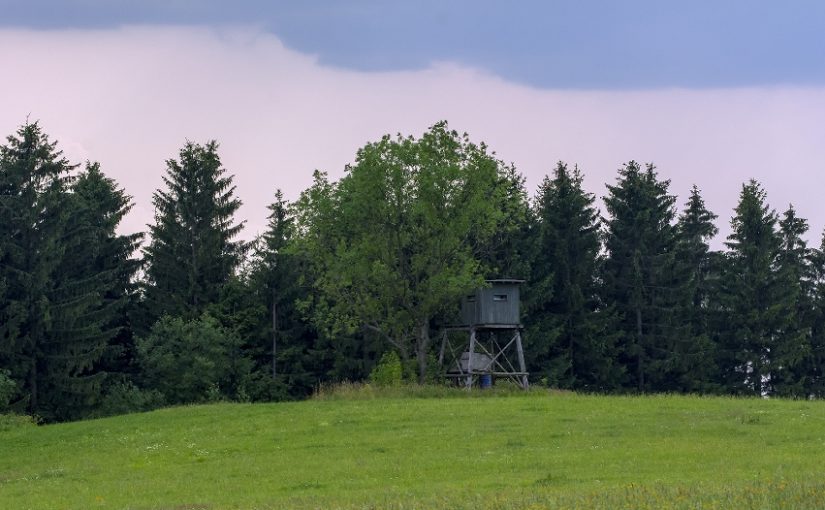 For example: a few days ago, when the Moms Demanding Action were at the Capitol pushing for their anti-gun agenda, we never bothered them.  It is their right to be there.  One of our female members was also at the Capitol defending our Second Amendment Rights.  She happened to visit the women’s restroom which had several of the Moms in it.  When she was asked what she was doing there she told them she was a Second Amendment supporter.  At that point, the Moms started shouting at her and cursing her.  She went out to tell the Capitol Police and ask for help but, at that point, there was nothing they could do but escort her out of the building.  This is an old left-wing tactic to shut down opposition.  We will see this again and again.  Be ready for it.

It is not news that we have been fighting a stacked deck in the Illinois General Assembly.  As I have mentioned before, the draconian anti-gun laws we see being proposed are all about politics and not about good public policy.  Gun owners and the Second Amendment are whipping boys for criminal ills of Illinois and the Nation.  The solutions are not easy; the simple thing to do is blame you, me, and of course, guns.  It is time for gun owners to stand up, fight and not let this happen.

The Subject Matter Hearing in the Senate Judiciary Committee is a prime example of the chicanery that occurs in Springfield.  HB1467 was a relatively clean Bump Stock Bill.  It needed some modifications but certainly was not as onerous as previous bills dealing with the same issue.  Then, without warning, Senator Harmon proposed an amendment to HB1467 that would allow local municipalities regulatory authority over certain types of firearms, namely their version of so-called assault weapons. If passed, this would be the camel’s nose underneath the tent.

On Wednesday, March 14, three bad gun bills were jammed through the Illinois Senate. Two of these, HB1465 and HB1468, are on the way to the Governor’s desk for signature or veto.

If you recall, we fought very hard to get statewide preemption to prevent local municipalities from passing a patchwork of laws designed to entrap law-abiding gun owners. The goal here would be to eventually destroy concealed carry and as many other gun rights as possible. Of course, the anti’s will deny this but, nevertheless, that is their goal.

Every two years I tell you this is the most important election we have ever had.  It is important to understand that and, as tired of hearing it as you might be, it is still true.  Suppose Pat Quinn was Governor? Think of where we would be right now.  Of course, the fight is not over.  The anti-gun crowd is out twisting arms to try to override the Governor’s veto.  The veto clock will start running on April 10, when the Senate comes back to Springfield.  Be ready.

As all of you know, Dick’s Sporting Goods and Walmart have decided not to sell Modern Sporting Rifles (MSR).  Once again, we have witnessed jelly-spinned big box stores run from a fight.  If they can’t sell a MSR I don’t see why I should buy anything else from them.  How about you?

As we watch companies disavow their arraignments for member discounts with the NRA there is something we all need to remember.  Those companies only made those programs to line their own pockets.  They have no loyalty to you, the NRA or the Second Amendment.  I am glad they are gone.  In the future we need to be more careful who we all deal with.

This week was scheduled to be Gun Week by Speaker Michael Madigan.  It really should have been called Anti-Gun Week.  Two days we witnessed every conceivable anti-gun, anti-Second Amendment, anti-firearm dealer and anti-gun owner bill come out of Committee.  Of course, they claimed it was not any of those things, but it was.

I want to be perfectly clear: none of this was about good public policy!  It was about politics, pure and simple.  It was an out-and-out attack on the Second Amendment, PERIOD!  This was retribution for going to court and getting concealed carry.  Every gun owner should be angry and stay angry for a long, long time.

Why Did This Happen?

For the last three or four years I, and others, have been telling you this was coming.  Three years ago, I wrote an article called The Gathering Storm.  Some listened, but not enough.  I have written repeatedly about how dangerous Michael Bloomberg and George Soros are.  Black Wednesday is a direct result of their activities.  Lastly, it is the result of gun owners not joining organizations like the Illinois State Rifle Association.

When I asked people to join, it was like talking to a wall or I would hear platitudes like, “we are right, so we will win; or my favorite, one man, who is right makes a majority.”  If you think that, you are delusional and have never been to Springfield!  Members, money and muscle are what counts.  We are fighting an entrenched left wing machine.

When we got Concealed Carry we had 31,000 members.  Now we have 25,000 members.  I got many phone calls telling me that if we got concealed carry, then they would join.  I haven’t seen any of those backsliders yet.  When we started this fight, we had 1,000,000 FOID card holders.  Now we have nearly 2,300,000.  We had no Concealed Carry License holders and now we are approaching 300,000.  The attack on concealed carry is coming.

We need to keep fighting.  By the time you read this, plans will be underway.  We need enough members and money to do it.  I need you to recruit every friend, and relative to get it done.

We are better off in Illinois than they are in Florida but to hear the anti-gunners talk, you would think Armageddon is upon us.  Here are a few facts you might be surprised to learn.  In Illinois, we have the FOID card.  We also have mental health background checks.  Each one of those FOID card holders goes through a background check every day except Thanksgiving, Christmas, New Years, Easter and the Fourth of July.  That is 360 background checks on every person, per year.  Based on the 2,261,593 figures, gun owners in Illinois go through an astonishing 814,173,480 background checks a year.

For a long time I have been warning gun owners of the dangers of Shell Bills.  A Shell Bill usually starts out as a technical change or a word change to some existing law.  The bill has no real language.  It is passed through either the House or the Senate to First Reading, Second Reading, and then Third Reading where it just lies there like a viper ready to strike.  Yesterday, that happened twice.  SB337 was supposed to amend the child care act; we learned just a few minutes before the Executive Committee was supposed to meet that a Floor Amendment would be adopted and SB337 would really become part of the draconian Dealer Licensing Bill.  It is now on Third Reading on the Senate Floor.

I know you understand what I am saying, but there are millions of gun owners who don’t understand or don’t know what is going on.  We all know gun owners who are unaware, and it is our duty to try to make them aware.  Please take time to educate these people.  Of course, ask them to join the ISRA.

thanks for being a member.

Help the ISRA protect your rights:

*The ISRA is offering a Homeland Security Active Shooter Course on

If you really, really care about your guns, be there.

WHAT YOU NEED TO DO TO PROTECT YOUR FREEDOM

REMEMBER – GUN CONTROL IS A DISEASE AND YOU ARE THE CURE!