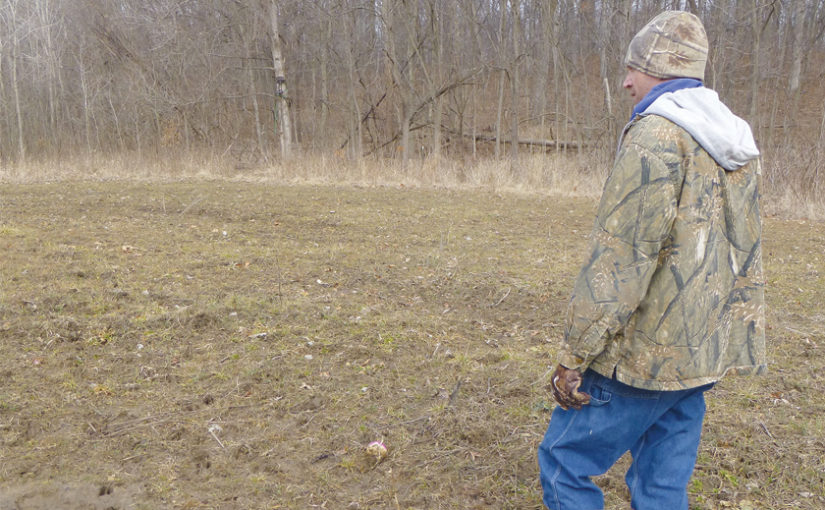 It is easy for deer hunters to fall in a state of depression immediately following the close of deer season.  With deer hunting over for several months, the snow and bitter cold temperatures have set in.  the opening day of spring turkey season can’t arrive soon enough.  If you want to be successful next deer season, stop feeling sorry for yourself.  This is the time to start scouting for next season’s deer.

You might be questioning the sanity, or even the need of scouting so far in advance of deer season.  You are probably thinking there is too much time between now and October 1 and that everything you learn now will not mean anything later.

It is OK to think that way now, but hopefully by the time you are done reading this you will have changed your mind.

The work you put in scouting now will pay huge dividends later when season opens.  Some of the benefits include that if you jump a buck now, he has many months to forget about the intrusion and return to his routine.  Also, with the leaves off the trees, trails and scrapes are easily noticed.  Even rubs will have a glimmer of shine left in them.

Deer can be found in one of three places once season opens: 1) food sources, 2) bedding areas, and 3) the travel corridors between food sources and their beds.

Whenever you choose to scout, your mission is to find each of these three locations, learn how and when they are used, and then figure out where the best ambush spot is.  If you can accomplish all of this, you should not have any problem killing a deer.

Before I put my boots on the ground and begin to scout, I want to make sure I have an aerial photo of where I will be hunting.  At the very least I want to have a topo map.  One of these would be ideal to mark locations of what and where you find sign while you are scouting.

Begin scouting near food sources.  There are not a lot of options that whitetails have now as far as food goes.  So, if you find the food you will probably find lots of deer too.  Food plots are a logical choice to begin looking for feeding deer, but so are harvested corn fields or a winter wheat field.  If you are uncertain where to begin, go to where you have seen deer feeding during the season.

Once you arrive at a possible food source, it will not take long to know if your hunch is right or not.  Lots of deer tracks and droppings will confirm what you already thought.  Now that you know where the deer are feeding, the next piece of the puzzle to figure out is how they are getting there.

Start finding each individual trail that leads into the food source and mark it on your aerial photo or topo map.  Single out the trail around the entire food source that is receiving the most use and walk the trail.  Be sure to keep a safe distance to not contaminate it with human odors.

Map out the trail as you go and follow each trail that branches off the main trail.  This will take some time if done right.  Some of the trails will likely lead to bedding areas, more food and even different trails.

Write down the location of any deer sign like rubs and scrapes you come across.  Also, look for deer sheds and possible food sources like persimmon, oak and apple trees or other areas that are still green.  The entire time you are doing this, you also need to be looking for trees suitable to hunt from and keeping notes on them as well.

Trail cameras are a great way to keep track of what the deer are doing on trails and in feeding areas.  This will allow you to scout without much interference.  Because deer season is still several months away you can go a couple weeks between checks.  There is no rush.

After you have put in the legwork and utilized your trail cameras it is time to set down and try to sort it all out.  Compare what you know from the deer season that just ended to what you learnt through scouting.  Use everything you have in front of you to figure out likely trails throughout different times of the season, bedding areas and where rutting activity took place.

With deer season still several months away time is on your side.  Depending on how big of an area you must scout you could be done in a couple of hours or a few weeks.

Do a thorough search of the area and learn what you can.  Take your new knowledge and put it with what you already know.  All the pieces of the puzzle should come together.