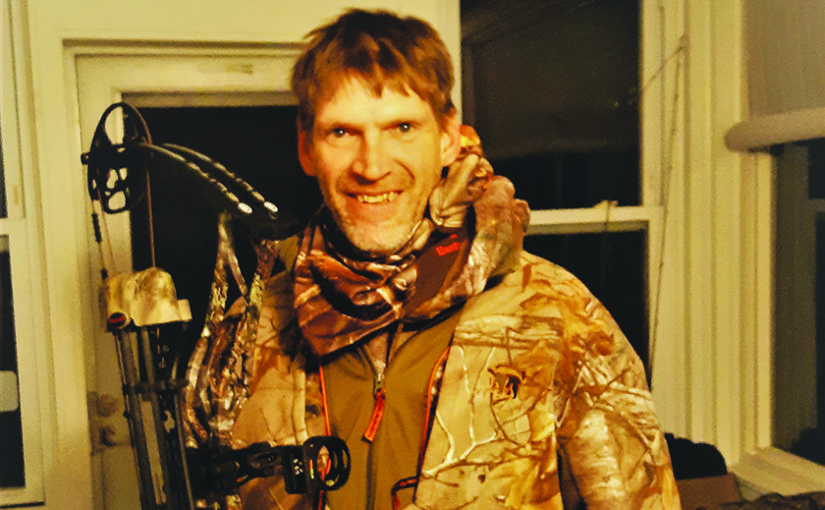 The craziest question I was asked last year was, “Do you want to come to Chautauqua County in October and go fishing and do a little deer hunting in the best county in the state of New York?”  The answer was an obvious yes.

David Barus and the entire Chautauqua County Visitors Bureau hosts several fish camps every year and any time I have the opportunity to go, I jump on it.  The fishing, friends, food, scenery and much more awaits anyone lucky enough to attend.  This camp did not disappoint.  As a group, we landed a variety of fish among a few different bodies of water as I tried my luck as a deer hunter in the mornings and evenings.

October is prime fishing in the Chautauqua County area and the beginning of the archery deer season.  Whether it is chasing big walleye on Lake Erie, musky on Chautauqua Lake, crappie on just about any lake, or salmon in one of the small creeks or big bucks across the rolling hills, you are sure to have plenty of action.

Arriving in New York the first week of October, you could smell fall in the air.  The trees were making their transition from summer green to the vibrant colors of autumn.  The temperatures were picture-perfect and not a mosquito was in sight.  And, there were no skyscrapers in view that many associate New York with.

With other anglers coming in later in the day, I took some time to head out and scout 41 acres of private ground near Stockton State Forest I would be bowhunting on.  Trails crisscrossed the ground like interstates through L.A.  With all the sign, the biggest problem was choosing where to hunt but I eventually settled on a spot where a couple of trails crossed leading to potential food sources.

The abundant deer sign is not unique to just this private property.  Chautauqua County has the highest deer hunting success in the entire state of New York.  The 2018 deer season in Chautauqua had a success rate of 4.0 bucks harvested per square mile with a total harvest rate of 9.7 deer per square mile.

Chautauqua County is the westernmost county in the state, far from the hustle and bustle of The Big Apple.  You are more likely to be slowed down by a tractor or horse and buggy than a taxicab or stoplight.

With a few anglers in camp from different parts of the country, we made short work on introductions and quickly became “old friends”.  That is what is great with anglers.  We all have one common bond and it doesn’t take long before new friendships take effect and we begin to feel like lifelong friends.

The fishing opportunities for this trip were going to be primarily walleye on Lake Erie and Chautauqua Lake.  Musky was also on the list for anybody wanting to try their luck.  With a visit to Hogan’s Hut and a quick visit with the owner, Skip Branco, we had our fishing licenses in hand and some good info on what the fish were biting on.

Musky is known as the fish on ten-thousand casts.  That is true across much of the country, but an experienced musky angler can 4 or 5 fish in a day with the opportunity at a true 50-incher possible on Chautauqua Lake.  The inland Walleye fishing is some of the best throughout the country for anglers lucky enough to experience it.

Our first official morning in New York found the anglers up early to meet their guides.  I dressed in camouflage, ready to see what all this deer hunting hype was about.  I knew the ground I would be hunting was full of does and several nice bucks so my expectations were high as I made the short drive to where I would be hunting.

The day prior as we scouted the ground, we noticed several stumps on the property had been chewed on, but we could not figure out the culprits.  As I made my way to my stand, I came to a dead stop as I heard a noise that was new to me.  Turning on my headlamp, I quickly found the guilty party to the chewed stumps, two mature porcupines.  Never having seen a porcupine before, I was a little taken back at their presence.  For a brief second, I thought about shooting one but wasn’t sure of the regulations.

Hooking into my Hunter Safety Systems lifeline I ascended the tree, settled in for the sun to start to peak in the East and took out my phone to do some research.  It turns out that porcupines are legal to hunt 24 hours a day and I would have been perfectly legal to have taken one.  A porcupine was on my bucket list of animals to harvest so I was optimistic I would have a chance the following morning to put a check next to porcupines.

The morning hunt ended with several does in the distance but no opportunities to shoot.  I quickly learned that after the wet spring New York had, which resulted in a late planting, the deer were still spending most of their time in the standing crops or in what few fields that had been harvested.  To be successful, lady luck was going to have to shine down on me as I had not gained permission to hunt the field edges.

We will make a short story on this deer hunt.  The first evening and the remainder of my hunting resulted in nothing being killed.  The amount of deer I saw in those three days was amazing.  Unfortunately, there was no rhyme or reason to their movement patterns and I never was able to release an arrow.  Oh, and I never saw the porcupines again either.

I was not disappointed though.  If it would have been a normal year as far as planting and harvesting goes, my tags would have been filled.  I saw hundreds of deer in those three days, just not within my effective shooting range of what I am comfortable shooting my bow or they were on neighboring properties I didn’t have permission for.  That is the tricky part about having three days to scout and hunt.  About the time you have the animals figured out, it is time to go home.  I will be back in 2020 with some time to spare for redemption, you can count on that.

The fishing, on the other hand, lived up to everything Chautauqua County is known for.  Over the next few days the group as a whole experienced some fabulous fishing.

I was fortunate to have my wife join me on the trip and she was also able to take in some of the fishing.  I could go on and on about how awesome the fishing was and give you full accounts of all the fish boated but frankly the internet my break down with all I could write.

Let’s just say we spent a day with Capt. Zac Yetzer with Reel Time Charters (585-764-2005) on Lake Erie and the fishing for perch and walleye couldn’t be beaten.  The same held on the second day on Chautauqua Lake with Capt. Joe Fonzi owner of Thumbs-Up Guide Service (716-998-8373).  The name is surely suitable for what we experienced.  It wasn’t long before we had our limit of walleyes in the boat along with some nice perch and crappie.  You never know what you will catch on Chautauqua Lake as the live well can look like a buffet at the end of the day.

We had plans to head to “Steelhead Alley” but low water prevented that from happening.  Instead, the afternoon took an unexpected turn when we became painters and had some fly-fishing lessons from Orvis endorsed fly fishing instructor/tutor Julie Szur.

Having very little fly-fishing experience, it was great to get some lessons from a pro.  Julie offers a wide variety of angling experiences to meet everyone’s needs. Customize your guided trip by floating or wading, from a list of many bodies of water, and for a variety of species.  Or choose to learn more about fly fishing with a tutoring session.

Well, that brings us to our painting.  Tiffany London is an experienced painter who was talked in to visiting fish camp and teaching us to paint.  Or at least attempt to teach us.  Nonetheless, we had a blast and I think we did pretty good for some old, grouchy anglers, some a little grouchier than others.  In case you are wondering, it is the flank of a steelhead in our wonderful paintings.

Like all the other fish camps, fishing adventures, and more I have been lucky enough to a part of in Chautauqua County, this one didn’t disappoint.  I never think they can better, then I come back and it seems that trip topped the last one.

There is so much to do in Chautauqua County.  My wife and I stuck around for a couple of days after fish camp and did some sightseeing, shopping and plenty of eating.  The area is full of vineyards and great wineries to satisfy your thirst.  The state parks are some of the best in the country along with good food everywhere you go.  My wife loves antiques and the area if full of antique shops and just about any other shopping you could think of.

Now, I am a fan of comedy and I had to take in a couple of tours while in Jamestown.  One was the Lucille Ball museum.  If you are a fan of Lucy, this is the best opportunity to learn more about the Chautauqua, New York native.  The second stop was the National Comedy Center.  I don’t know how to explain it, but if you like sitcoms this is the place for you.  The National Comedy Centers website can better describe it as “featuring exclusive collections, world-class exhibits and leading-edge technology, the National Comedy Center presents an unprecedented, behind-the-scenes look at the time-honed creative processes that have elevated comedy entertainment to an art form. Over 50 immersive exhibits with the 37,000-square-foot facility enable visitors to take an interactive journey through comedy history, from early vaudeville to the latest viral memes.”

Chautauqua County is full of opportunities.  Whether you are wanting to fish, hunt or both the possibilities are endless.  If you would rather visit one of the many museums, state parks or take in a little shopping, you will not be disappointed.  Lodging is abundant throughout the county and restaurants are plentiful for just about every taste bud.