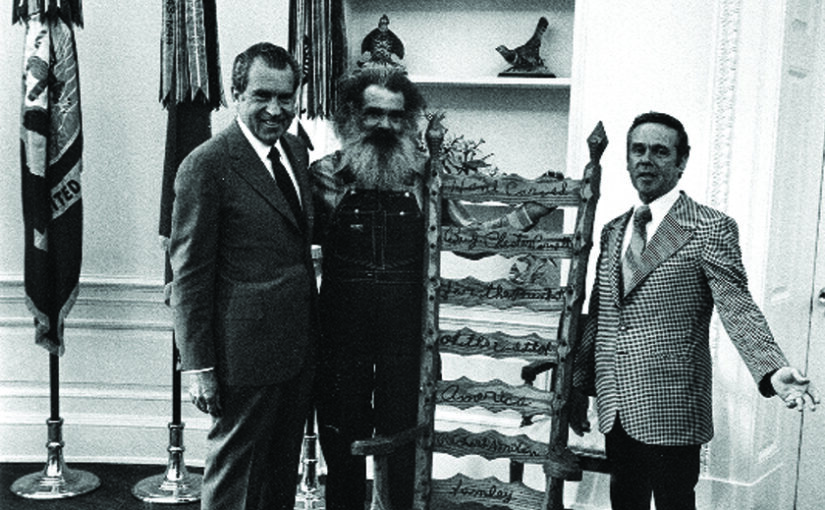 The History and Uses of Sassafras

Sassafras trees grow widely across much of the eastern United States. The trees can be found from southern Maine and southern Ontario west to Iowa, and south to central Florida and Eastern Texas. Their odd-shaped leaves, along with all parts of the tree being aromatic and spicy, the trees are easily recognizable.

The Choctaw Indians first used the dried ground leaves as a seasoning and thickener.  Sir Walter Raleigh brought sassafras back to England from the Virginia Colony in 1578.  Spanish botanist Monardes applied the name sassafras in the sixteenth century.

Extracts of the root and root bark were used by Native Americans and the early European explorers of North America, who believed them to be a miracle cure.

In the early 17th century, English ships were sent to the colonies to collect Sassafras roots to use in the building of forts and other large structures. These trips became known as the Great Sassafras Hunts.

The essential oil from the root bark and twigs were widely used to flavor root beer and candy and scent soap and perfume as well as for making tea.

Early soap makers believed that sassafras played a role in their soap making and their luck in general.  In the book, Folklore of the North Carolina Mountaineer, Haywood Parker wrote in 1906 a unique outlook on making soap.  Parker wrote, “If the housewife would have her soap white and hard, she must make it in the light of the moon, and while the moon is on the increase; and while boiling the soap must be stirred one way only, and if stirred with a sassafras paddle it will have a pleasant odor and the maker will have good luck.” Whether that statement was true or not, there was probably an increase in sassafras paddles being used for soap making after this book came out.

May 17, 1973, was a notable day President Richard Nixon.  This was the day televised Senate hearings on the Watergate scandal that would ultimately bring down his presidency.  But something else interesting happened that day for him.  According to the official White House diary, for four minutes, a mountain-man type of guy stood in the oval office. World-famous chair maker, Chester Cornett presented the 37th President a 5-foot rocking chair he hand-carved from sassafras found near Cornett’s Ohio home.

Sassafras trees are common over most of the Eastern United States. The leaves are unique in that they have three different forms on a single tree. Sassafras saplings are very common in old fence rows and field edges. They tend to be a pioneer tree – one of the first trees to begin growing back in areas that have been cleared, and not maintained.

Some leaves on a tree are only oval-shaped, which means they just have a single lobe. Other leaves are bi-lobes, and still, others are tri-lobed.

As with any wild plant, if you’re not sure about identification, get the advice from a knowledgeable person, or consult a good tree identification guide.

Sassafras leaves are dried and pulverized to make file – a spice used by folks in the south. File is used as a seasoning and thickener in soups, stews, and gumbos.

Looking at the dirty roots of a sassafras tree, many would never believe something as delicious as root beer and tea would ever be possible.

Making a tea from sassafras leaves is a lot less complicated than root beer, but neither will require you to be a rocket scientist to complete the project.

A piece of root about 1/2 to 3/4 inches in diameter (thumb-sized), about a foot long will be enough to make between a quart and a half-gallon of tea. I use a small shovel to dig the roots.

Cut the roots into roughly 1” to 2” sections. You can do this with your trenching spade as well – if you keep it clean and sharp.

Wash loose soil from the root pieces under running water. You might need a soft-bristle brush that will help dislodge any remaining soil.

You can peel the bark from the roots, but it’s not necessary. The bark slips off very easily, and all the flavors are in the bark. If you peel the bark, discard the wood. I take the easy route and use the entire root.

You can peel the bark and cut it into roughly ¼-inch pieces and dry it for a few days. You can store this dried root bark in a sealed container for making tea at any time of the year. Stored this way, the bark will stay good for at least a year.

Place the roots or root bark in a small saucepan and cover with a quart or so of water.

Bring it to a boil and simmer for about 15 to 20 minutes. The water will take on a reddish-brown color and start looking like tea. It will begin to smell good while boiling.

Once the tea has simmered, remove the roots, and pour the tea through a strainer with a coffee filter or cheesecloth to remove any fragments that will inevitably be floating around in it.

Sassafras tea can be a bit bitter since it has tannic acid in it, as most tree bark does, so you will want to sweeten it a bit. You can use either honey or sugar.

Root beer is often fermented, hence the word beer. But this recipe does not require fermentation.

• Several roots from sassafras saplings, about 30-40 inches’ worth of 1/4-inch-thick roots (enough to fill one cup when you chop them into 1/2-inch pieces)

Scrub the roots clean of any dirt. Cut the roots into 1/2-inch-long pieces. Cut up as much as you need to fill one cup. Put the roots into a small pot and cover with 4 cups of water. Add the cloves, anise seeds, allspice berries, and cinnamon stick. Bring to a boil, reduce to a simmer, and simmer for 25 minutes. Add the molasses and simmer for 5 minutes more. Remove from heat. Strain through cheesecloth, or a fine-mesh sieve lined with a paper towel. Rinse out the pot. Return the liquid to the pot. Add the sugar, heat until just a simmer and the sugar has dissolved. Remove from the heat and let cool. To construct the root beer, fill a glass with ice cubes, add the syrup and soda water in 1:2 ratios, so 1/3 cup of syrup to 2/3 cups of soda water. Add more soda water if you want it more diluted, add more syrup if you want it stronger.

Besides using the root in beverages, the leaves are of value when sold for medicinal purposes.

You can gather mature leaves from the trees during the summer and sell the dried leaves for about two dollars per pound, depending on the demand from supplement manufacturers

When gathering leaves to sell, you can leave the twig with the leaves if it is bright green. Just snap it off where the green twig meets the brown twig. Harvesting sassafras leaves is one of the easiest in the herb picking business. If there has been tree clearing in the area and sassafras trees have come down, a person can make easy work of picking fresh leaves off the downed trees.

The best way to dry the leaves is to dry them in the shade, or a shed. When selling the leaves, they must still have a green color. Drying the leaves in direct sunlight will turn them brown. It is best to lay the leaves out on a screen or a tarp. If you use a tarp, turn them often to make sure all sides are getting dry.

The oils from sassafras roots are often manufactured into capsules and oils to fight urinary tract disorders, swelling in the nose and throat, syphilis, bronchitis, high blood pressure in older people, gout, arthritis, and skin problems. It is also used as a tonic and “blood purifier.”

Sassafras leaves can be formed into a poultice and applied directly to the skin to treat skin problems, achy joints (rheumatism), swollen eyes, sprains, and insect bites or stings. Sassafras oil is also applied to the skin to kill germs and head lice.

Digging sassafras roots to produce homemade tea and root beer and picking leaves to sell for medicinal purposes might not be for everyone. Yes, it is simpler to go to the local store and to purchase it. Yet, there is just something satisfying about doing it the old-fashioned way that gets in a person’s blood.