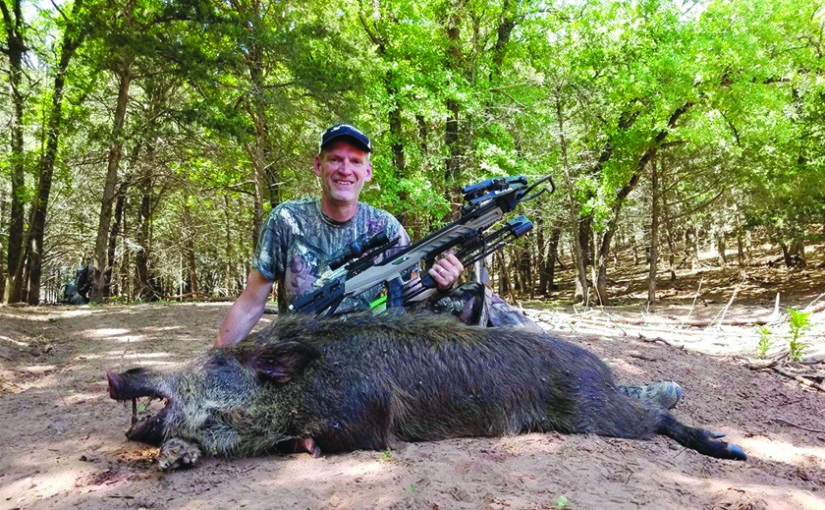 Crossbow hunting has taken hunting by storm.  Whether it is for deer, turkey, hogs, elk, or anything between, more hunters are turning to crossbows to pursue their quarry than ever before.

It was not that long ago in most states that to hunt with a crossbow you had to be a certain age or have a disability.  Times are changing and many states have their own crossbow season, combine it with archery and some even with firearms.

The problem with hunting with crossbows is their prices.  Some, not all, crossbows are priced as high or higher than a high-end compound.  It is not unheard of to spend more than a thousand dollars on one of the top of the line crossbows.  For many, it is hard to justify spending this kind of money on a new toy when they already have one that will do the job.

Thankfully, Rocky Mountain has heard the voices of many disgruntled hunters that want to hunt with a crossbow but just cannot afford the investment.

Renowned for its fixed-blade technology since 1979, the Rocky Mountain brand was relaunched in 2017.

Like many of you reading this, I was a little worried that a crossbow at these prices would fall into the cliché “you get what you pay for.”  I could not have been more wrong.

After shooting hundreds of bolts through my RM-360 Pro on the range, and killing a few wild hogs this year, this bow is everything a higher priced bow is.

After quickly getting the bow sighted in, I was pleased at the accuracy shot after shot.  The crossbow was lighter than other bows I have shot, and it felt good when shouldered.  It can be a hard to find a crossbow that fits good.  That was not the case here.

Another surprise was the quality of the scope.  It is not uncommon to have to pay several hundred dollars just for a mediocre scope, even for a crossbow.  This 4×32 illuminated (red/blue) scope provided a crisp picture and when illuminated it is exactly what I would want out of a scope in low light conditions.

Knowing what the bow was capable of on the range, the real test would be on some tough wild hogs in Oklahoma.

Pairing the RM-360 with Piledriver bolts from Carbon Express, Nockturnal nocks and First Cut-X broadheads from Rocky Mountain I felt confident the setup would be as deadly on a wild hog as it was on a Black Hole target in the back yard.

Over the course of two days of hunting I had three shot opportunities at hogs ranging in distances from 10 yards out to 30 yards.  Each bolt flew true as it spiraled through the air hitting its intended target.  Each hog fell within sight which is not always the case with these tough critters.

Any doubts I might have had early on about the quality of a crossbow that seemed to be priced so inexpensive that it would be sub-par were quickly washed away. This crossbow performed as well as bows priced five times as expensive.

With these prices, there is no excuse for anyone wanting to get into hunting with crossbows.  Price is no longer an issue, proving quality can still be affordable.

I have not had the chance to hunt other animals such as deer and bear with a Rocky Mountain yet, but rest assured I will have success photos of both later this fall.  There is no doubt in my mind that if it can ethically kill a wild hog, arguably one of the toughest animals, it will work fine on other big game animals.  I even plan on having it with me in South Africa later this fall as we hunt plains game.

I hate to step away from something I have trust in, but I am tempted to purchase the RM-415.  If it is built to the same quality standards of the 360, I am in for a treat. Rocky Mountain is known for rock solid dependability in a full line of hard-working broadheads, sights, crossbows, and archery accessories. Rocky Mountain delivers exceptional quality well beyond the price. Each product is constructed to exacting specifications that deliver hyper-accuracy and exceptional durability in the field from a name you can trust.

• 5% lighter than its competition

• Quick-detach 3 bolt quiver with side mount