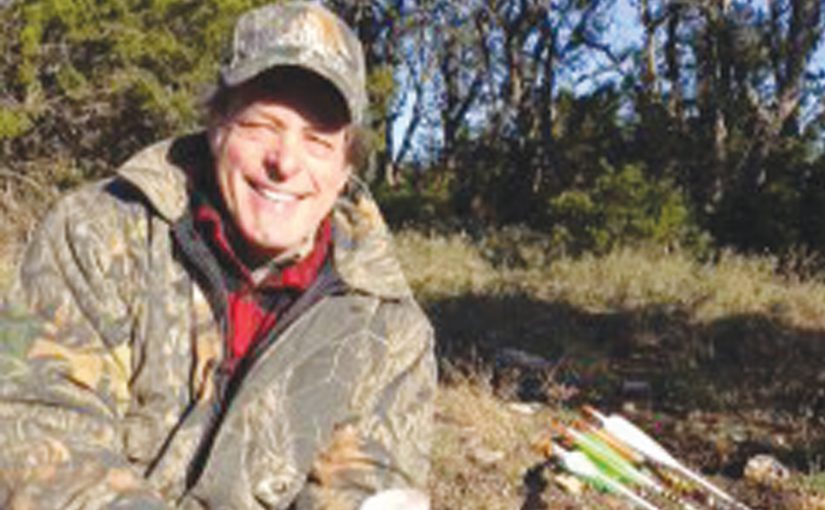 Hunt To The Hunt

The conditions were just right for our bowhunting dreams. It was a wonderful, dark, dreary, overcast, cold, breezy, grey cloud October afternoon, and inspired by the hunter friendly weather, I headed into the wind for my favorite west woods treestand a couple hours earlier than usual.

Not really expecting to encounter deer on the way in, typically I would just casually stroll through the ½ mile of enchanting deerwoods at a leisurely somewhat alert pace to my stand. I didn’t exactly walk along with my radar turned off like a citykid, but I also didn’t sneak in perfect deadly stealth mode either.

This day felt different, you know, a bowhunter’s sixth sense kind of thing, and with a better tuned in, more focused situational ‘bowhunter’ awareness, I did my very best Fred Bear predator approach and took my time, more like outright stalking than just still hunting.

Staying in the shadows, I only took a few ultra-slow, cautious steps at a time, and never stepped on anything I could step over.

I moved with my eyes 10 times more than with my feet and forced myself to stand still and probe the forest with the utmost of attentiveness. Like Fred and other master bowhunters taught us, I looked for horizontal lines and parts of a deer instead of the whole animal.

I reminded myself to look for a flicker of white or a quiver of an ear or head more than a deer’s body.

Not surprisingly the rewards were instantaneous with nonstop increased sightings of birds, squirrels and always titillating flora a fauna.

More than ounce I was inspired to increase my pace and get the walk to my stand over with, excited to get settled in for what had become over many years my standard operating treestand ambush procedure.

But I resisted the urge and kept my movement slow and easy.

And then it happened! As I was about to take another careful step from the cover of a giant oak blowdown tangle, my eyes zeroed in on the slightest of miniscule movement as the edge of an ear turned into a doe’s head. She was only sixty or seventy yards out and cautiously browsing along the edge of the cattail marsh-grass, nibbling here and there and reaching down into the fern strewn forest floor for the occasional acorn.

With no thought at all and without taking my eyes off the distant deer, my right hand slowly withdrew an arrow from my bowquiver and silently snapped it onto my bowstring.

Whenever her head went down I took a very small step towards an intersecting course with her apparent travel.

I have killed a few deer while still hunting over the past 60 years, but the excitement of getting away with any movement whatsoever hoping to get in bowrange of this old, wise swampdonkey was the essence of bowhunting challenge and stealth, and so far so good!

I was pretty much expecting her to nail me at any given moment, but I was closing the distance slowly but surely and beginning to tremble with excitement a little bit more with each tiny step.

There were a few times that her head jerked up and she scanned her surroundings like mature deer so often do for no apparent reason, and I was sure the jig was up!

But as luck would have it, she would eventually settle back down and resume her woodland feeding.

After about an hour of this nerve wracking ordeal, only 35 yards of thick woods separated us and as her chest entered a window between two trees, my bow came up unto itself and my eyes and entire being owned the path to her pumpstation.

The entire universe consisted of deer, opening, anchor, pin, peep, hand, fingers spirit. In an instant my arrow was gone.

With the increased visibility of my black and white Nugent Gold Tip zebra arrows the mystical flight was easy to follow, effervescent, and as if in slow motion it lasered across the woodland gap from my eyeballs to her ribcage and flashed clean through her in a nano-second right where the good doctor backstrap ordered!

Lord have mercy! It was phenomenal to say the least. I just stood there grinning like a toothy Cheshire cat, simply amazed at such an amazing bowhunting moment.

The whole world stopped. I literally just hung my head and pursed my lips with a slight snicker. It was just me, Cochise, Sitting Bull, Geronimo, White Cloud, Crazy Horse, Ishi, Fred, Howard, Ben, Roy, The Great Spirit and dad.

I’ve bowkilled more than a thousand big game animals in my life, and every one of them was special and powerfully seared into my memory bank. But this kill took on a life of its own as all the possibilities of a dream bowhunt unfolded like a chapter out of time.

Her deathrun was short and noisy, the bloodtrail incredible and the recovery magic. She died at the edge of the beautiful earthtone colored marsh just below my big timber treestand, so I was able to gut her and turn her over and prop her up to drain in the cool shadows, still make it to my tree, and two hours later arrow another fat slickhead she-strapper for a bowhunting night to remember.

There was no happier bowhunter on earth that day!

Do not fail to hunt all the way to your hunt. Once we leave the pavement, the house, the cabin, the tent or camp with bow in hand is when the actual hunt begins. You just never know if, when, how or where these tricky, unpredictable deer will be encountered so we should remain in full-on killmode at alltimes. I promise you that it is worth it to start out early whenever we can to seriously hunt as we head to our stand. It is a low percentage reality but I have learned over time that even when no deer is encountered, much less killed, the tuned-in stalking lessons go a longway in preparing us to be better predators no matter the chosen methodology.

There is afterall a spirit to the wild, and the slower we go and the more attentive we dedicate ourselves the better connected and efficient predator we can become.