From the Desk of Rich Pearson: December 2022 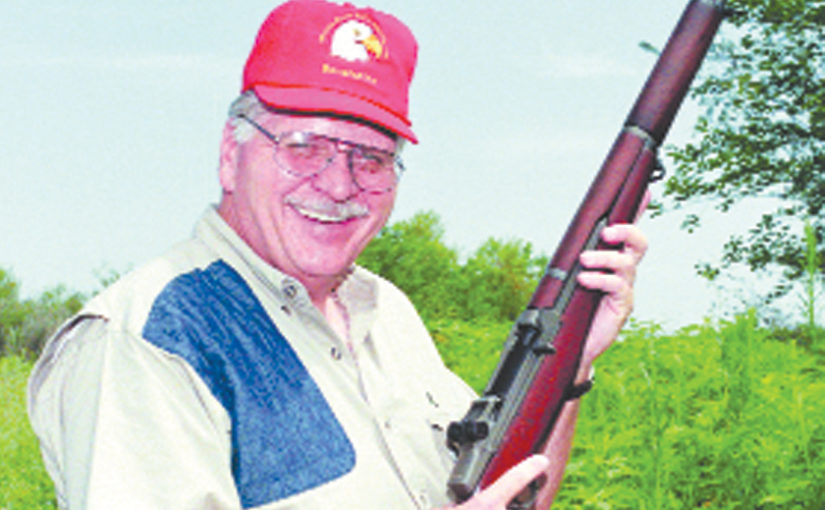 Federal Judge Glenn Suddaby issued a preliminary injunction against New York State’s so-called “Concealed Carry Improvement Act”.  Judge Suddaby cited numerous constitutional violations in the New York act.  The Judge’s issuing of the preliminary injunction contained so many points it is likely that a permanent injunction will be issued.  The case against New York’s latest transgression against individual liberty was brought by six New York plaintiffs, GOA, and NRA.  The State of New York leads the way in getting laws declared unconstitutional.

Tyree Moorehead, a Baltimore anti-gun violence activist, was shot and killed by police while threatening a woman with a knife.  Moorehead had previously spent time in prison for murder.  Some of Moorehead’s relatives complained because he had been shot several times.  The problem is that with people like Moorehead, although they have been shot, they can still kill.  You have to shoot them until they are completely de-capacitated.

The 2022 Midterm Elections are not quite over.  Nevertheless, the red wave seems to have turned into a red ripple.  The problem was that Republicans were fighting the last war, not this war.  Early voting was one of the major problems for the Republicans.  The election of John Fetterman over Dr. Oz is a prime example.  It is my understanding that hundreds of Democratic volunteers went door to door explaining the Democrat’s platform and securing early ballots.  Nothing wrong with that, that is the way it should be done.  I don’t like early voting but as long as we have it, we all need to be good at it.

Money plays a huge roll in politics, there is no denying it.  Governor Pritzker spent 110 million dollars of his own money, for example.  Senator Raphael Warnock in Georgia reportedly spent 200 million dollars. Things need to change for conservatives before the 2024 General Elections or Joe Biden, or someone like him, will be the next president.

In the Illinois House, the new map took its toll.  Democrats gained four seats and now have 77 of the 118 seats.  That is nearly two thirds of the House of Representatives.  For those keeping count, the Democrats have a Super Majority plus six.  A Super Majority is 71 votes and the Dems have 77.

The Illinois State Senate isn’t any better.  The Republicans did make a modest gain, but the Democrats still have a Super Majority plus a couple.  We don’t know the exact number yet.

What does all this mean for gun owners?  It no surprise that we will be on the defensive.  All through the summer there have been meetings with the firearm’s committees.  I expect to see proposals for so-called assault weapons bans and all kinds of creative, and probably unconstitutional ways, to limit our Second Amendment Rights.  We will see more actions in the courts.

First Veto Session is coming up on November 15th,16th, and 17th; the Second Veto Session will be November 29th, 30th, and December 1st.   We will know more then.

The honor of being recognized as a Five Star Range does not mean the ISRA Range will stop improving; in fact, it means we will work even harder to be the best not only now, but in the future.  The ISRA Range is constantly trying to improve our facilities, our firearm course offerings through the ISRA Academy, our leagues and competitions and all other aspects of the shooting sports.

I would like to thank all the members who put in time volunteering at the range, the facilities committee, the range staff and the ISRA Board of Directors for their tireless efforts to improve the ISRA Range.  We would love to welcome you as a new range member.  Our range calendar is available on our website: ISRA.org.

Overview of the November 8th General Election:  The Democrats not only held onto their Illinois Supreme Court majority, but they won both of the two contested court seats.  In addition, the state House Democrats look like they’ll gain up a net of 4 seats, which would bring their super majority up to 77 seats from the current 73 (Super majority is 71).  District (45) is still undecided, Ladisch (D) Mazzochi (R).  Democrats on the statewide ticket all won by double digits, but the wins weren’t confined to state races. The Democratic congressional delegation safely held all its incumbents.  Plus, their candidate Nikki Budzinski picked up the 13th Congressional District and Eric Sorensen declared victory early Tuesday morning after holding on to a narrow lead in the 17th Congressional District.  The Senate Democrats have lost one member.  Appointed Senator Kris Tharp (D-Wood River) has lost to Republican Erica Conway Harris.  The embattled Senator Michael Hastings (D-Frankfort) trailed Republican Patrick Sheehan by 68 votes, with more votes yet to be counted.  Mail-in and early votes tend to lean strongly Democratic these days, so Senator Hastings pulled out a win.  Senator Doris Turner’s Republican opponent, Representative Sandy Hamilton, conceded election night.  The Senate Democrats currently have 41 seats, so their super majority (36 minimum) has never really been in question.  Simple majorities are required to pass a bill in normal session and super majorities are required to override the Governor’s veto.  It looks like House Democrats will have 77 or 78 seats.  The House Republicans will have 40 or 41 seats. It only takes 60 votes to pass a bill in the House.  It looks like the Senate Democrats will have 40 seats.  The Senate Republicans will have 19 seats. It only takes 30 votes to pass a bill in the Senate.

The next problem we have to face is that because the Republicans do not control the U. S. Senate, the Supreme Court of the United States is suddenly back in play.  There may or may not be a vacancy but that is not the only issue.  The other big issue is packing the court.  I hate the idea, but it is now possible.

One piece of good news came out of Iowa.  Freedom Amendment 1 has passed and The Right to Keep and Bear Arms is now part of the of Iowa Constitution.  Thanks to our friends in Iowa, the Iowa Firearms Coalition, for all their hard work in getting this passed.  Amendment 1 passed with two thirds of the vote.  Well done.

There is a bill that has been introduced into the Illinois Senate that is aimed directly at sportsmen’s organizations.  The bill is SB4224 (Ann Gillespie D-Arlington Heights).  This bill would prevent the State Board of Elections and the governing body of any county or municipality from issuing a license under the Act to a person that would offer a firearm as a prize at a poker run or raffle unless that person is a certified licensee under the Firearm Dealer Certification Act.  Limits Home Rule powers.  Defines firearm.

Every organization like Pheasants Forever, Ducks Unlimited, Rocky Mountain Elk Foundation, Friends of the NRA, Whitetails Unlimited, Delta Waterfowl, Fire Departments, American Legions, VFWs, and a whole host of other organizations will be affected.  This bill is in Assignments and has not been posted to a committee yet.

If you are a member of any one of these organizations or others who raffle off firearms, you need to oppose this bill.

Our Life Upgrade Special is on.  Don’t forget to take advantage of it.  We put out a reminder earlier this week and we heard from many of you.  One of the things we heard is that some people did not receive the offer in the mail.  We don’t know why.  We thought we sent it to every member.  Please take advantage of this offer.  We are extending this offer to December 16th.  Email us at member@isra.org.