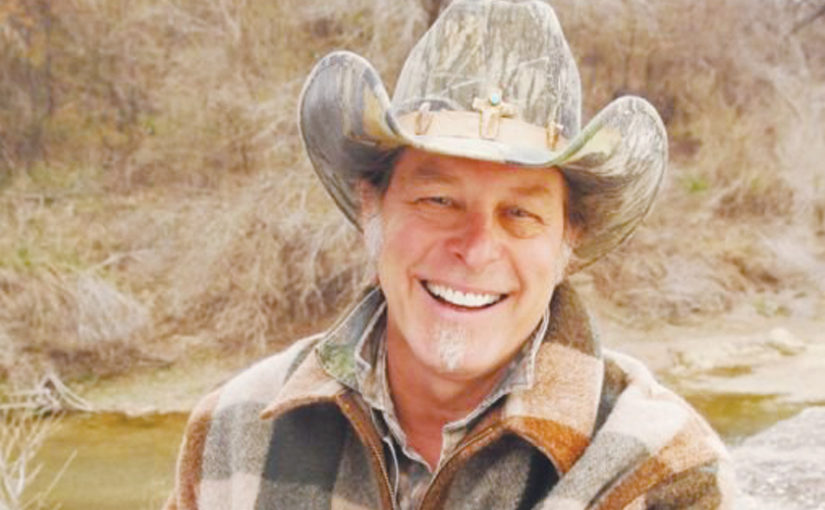 The big, fat, gorgeous, uppity matriarch doe tested and tortured me as they always do, scanning, peering, pausing, sniffing, staring, as if the world was out to kill her. And of course, indeed this old bowhunter’s world was surely out to kill her.

Statue still for the entire thirty-minute standoff, I was as cocked, locked and ultra-ready to rock as any predator in God’s beautiful tooth, fang and claw world, and when she finally turned broadside to climb the slight embankment to the standing cornfield, my GoldTip deathray came back to fulldraw unto its own power and my Samurai, Martial Art archery life pulse did the rest.

In a blink of the eye, the glowing Lumenok vanished into the crease behind her shoulderblade and off she exploded into the wild, gold yonder.

The incredible sense of accomplishment in getting to fulldraw on a crazed, wild-eyed Michigan SwampDonky is one of life’s greatest joys, and I knew that razorsharp, old two-blade Satellite broadhead had certainly disconnected her heartbeating pumpstation for the ultimate, quick, clean, humane kill at the hands of a dedicated, reasoning backstrap addict predator.

Sure enough, picking up the bloody arrow, the ample crimson bloodtrail was visible and graphic the entire 90-yard tracking, making the recovery of my trophy doe perfect for our Ted Nugent Spirit of the Wild TV show conservation celebration on the Pursuit channel.

That is how all dedicated bowhunters dream it should be, and often enough, it is. But the next day, old troublemaker Murphy would rear his ugly head and throw a rather discomforting wrench in my bowhunting works, just to keep me on my toes and guessing.

That very next day, far away in a distant forest, another dreamy whitetail encounter unfolded, and with the same 45# Mathews Image bow, another 400 grain GoldTip arrow and the exact same, razorsharp two-blade broadhead, I sent my shaft of life into the pumpstation crease of another handsome deer.

The arrow was again coated in blood, crimson stem to stern, but the glaring difference was that I could not find one speck of blood on the ground.

Fortunately, I was able to make a quick tracking job and recovery, but by sheer luck of following easily identified trails, tracks and other telltale spoor.

When gutting the previous day’s doe, there was very little blood remaining in the cavity, while the second deer appeared to still have 100% of its blood inside.

Entrance and exit wounds appeared to be identical, but the bloodletting difference could not have been more different.

As my exciting bowhunting season throttled on, I continued to make some very exciting kills with an assortment of broadheads. Though no actual conclusion is warranted, the disparity from one bloodtrail to another was always inexplicable.

With the popular Rage, Levi Morgan Shwacker, Pigman Shank and other deadly mechanicals, I would experience dramatic changes on occasion from one bloodtrail to another.

All this is nothing really new to me, for as I celebrate and enjoy my 74th year of life and more than 65 years of bowhunting, nothing surprises me at all.

I haven’t seen it all, but damn close!

My Queen of the Forest wife, Shemane, kills big game consistently with her 30# Mathews Jewel bow, shooting the same 400 grain GoldTip arrows, always with a razorsharp two-blade broadhead. Because she always waits for the absolutely perfect shot into the heart, her bloodtrails are mostly copious, but every once in a while, she too gets frustrated for lack of blood on the ground.

One mandatory truism I have taught myself over these many, wonderful bowhunting years is to pay very close attention to the reaction and direction of the animal’s flight after the hit.

In that hyper, Gonzo emotional out of body moment upon making a kill, it takes maximum focus to watch that animal’s exit by noting landmarks and identifiable terrain. Walking to the spot where the animal was when we hit them can have a totally different look than the perspective from where we made the shot.

Great bloodtrails are surely rejoiceful moments, but without blood, we must learn to be the best tracker we can be, and slow, easy-does-it is the rule I live by.

Aim small, miss small, practice in pursuit of perfection, but always remember; Ma Nature and her critters don’t always play by the rules, so be prepared to improvise, adapt and overcome when the bloodtrails are sparse.