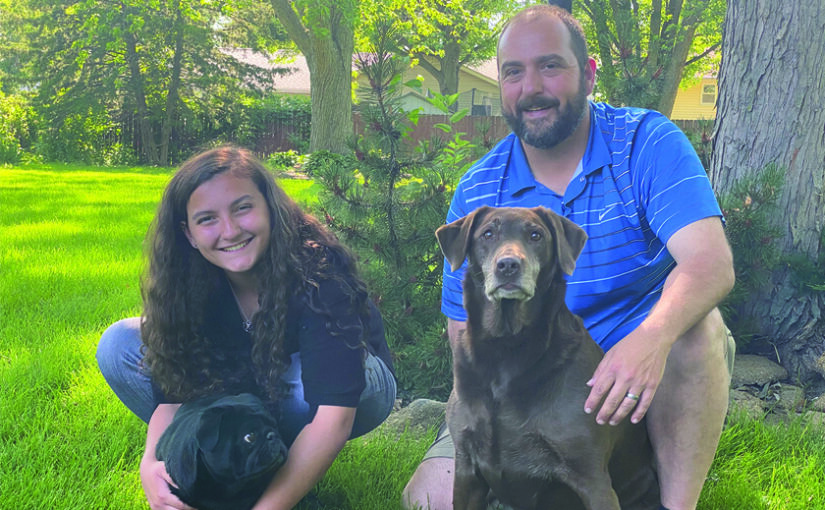 Poof! There goes half of 2021. Hard to believe we are already in the heat of the summer and starting to look forward to hunting season. I guess when you stay busy time flies. This month was another great month to be in the outdoors.

The first week of June the bluegill were on the beds and in some lakes, the crappie hadn’t spawned yet. With Memorial Day Weekend taken up with a softball tournament, I had to wait a few extra days to head to one of my favorite strip mine lakes. I have fished this lake for well over ten years and it seems we are finally getting some nice bluegill. There was so many small bluegill and small bass that the lake just couldn’t handle it. We have been trying to take out a few hundred bluegill before the spawn and get rid of some of the smaller bass. It really does seem to be helping the overall size of the fish and for the first time in many years, we were seeing some nice crappie over 10 inches. Not only were the crappie nice but we had many bluegills that were at the 9” mark and a couple that were just under 10”. Five years ago, you would have been lucky to catch a 7-inch bluegill so things are headed in the right directions. We spent one morning catching fish after fish and then the sun and heat really started to pick up and we decided we had enough fish to clean, so we were off the lake around noon.

Not only are we going crazy with softball I have to point out that my youngest daughter graduated 8th grade on a Friday and she then started a summer high school class on the following Monday. I am so proud of her and her determination. She is so focused in everything she does and that’s all we can ask as parents is you give 100%, all the time. She is a very well rounded girl. She loves to write books, draw anime, hunt deer, play softball and takes her academics way more seriously than dad ever did. It sure is hard for me to believe that in four short years we will be empty nesters. Not sure what I will do not running around to softball tournaments or running her to school functions. I guess Leah and I will just have to start fishing more.

As the first week of June comes to and end its time for our annual trip to Winthrop Harbor to fish with my good friend Dale Florek with Noble Charter Services. We have been doing this trip for several years until last year. We tried to go a couple of times but with Covid and a couple of weather issues, we just never were able to get the trip in.

We had a new crew going up this year. Ella just graduated so Leah wanted to stay home with her for the weekend. I called Al to see if he had anyone that would like to go and sure enough, his kids Shane and Stephanie were excited to go. We always head up on Saturday with the early start on Sunday. This allows us some deep-dish Chicago pizza for our evening dinner that goes well with a few brews and some bags.

An early wakeup call at 3:30am had us up and trying to locate coffee. We of course stayed up to late having a good time and now it was time to get on the road to the harbor. We needed a gas station break for drinks and breakfast so as soon as we found one open we were set. Looking at the weather for this morning it was 75 degrees and humid. I thought to myself “it’s about time we have a nice weather day up here to go fishing”. In the several years we have been going, we have not ever had a day above 70 degrees and only a couple without rain.

As we arrive to the dock, I noticed there was about half as many boats as there usually is. Ten years ago, when you showed up to the dock it was a mad house with every slip pretty much filled and people trying to find there charter boat for the day. That was not an issue this year as I only saw one other group of guys heading out. I did find out a few charters left early that morning, but the fleet was nowhere near the size it used to be. It’s very sad because it’s such a fun trip and usually you end up with a bunch of salmon and trout to help fill the freezer.

The trip out of the harbor was breathe taking. A warm summer breeze was blowing ever so slightly, and the seagulls were talking it was just a beautiful morning. As we arrived on the fishing grounds, I was excited. It’s been two years since we were able to fish for Salmon so I wanted to add some poundage to the freezer for this winter. Dale started putting out the rods and off we went. After about 20 minutes, I notice a bite. I quickly hook the fish and hand the rod over to Stephanie. Ladies first always. As soon as I felt the fish, I realized this was probably not a coho. It’s either a king salmon or a lake trout. Stephanie struggled reeling this big boy up but when she did, she had a beautiful 10lb King Salmon. A great way to start the trip. We continued trolling as Dale and I reminisced about the old sport show days in the late 90’s and 2000’s. I was in my early 20’s and Dale in his early 50’s and boy did we have some good times. Some of the stories are hard to believe but if any of you ever attended a sport show as a vendor, I am sure you can imagine.

As the day went on we had a few cohos come over rail but it seem to get slower and slower as the day progressed. As happy as I was to have the nice warm weather I am sure next time I will pray for rain and cloud cover. We ended up with five fish and lost probably five more. The water was pretty much the same temp throughout most of the lake, so the fish were very scattered. Usually, the water temps very from place to place and you try to find the perfect water temp where the fish are schooled.  We have been going for at least six or seven years now and usually, we have at least 20 fish, so we were due for a not-so-great day. That’s why they call it fishing and not catching.

The last thing I need to get taken care of in June is my annual day of making strawberry Jam and Strawberry/Rhubarb Jam. This year I called a few places trying to get some strawberries but everyone seemed to be short. Finally, after calling three for four places I found a place in Germantown Hills that could get me 10 quarts in a few days. Once I received the call, I went and picked up the strawberries. I already had some rhubarb and I have a few plants of rhubarb myself to harvest. After preparing 24 jars of jam, I took the remainder of the strawberries and made three strawberry/rhubarb pies, which are my favorite and one of my buddy’s favorites as well. So, I always try to make him one if I am making one for myself. If you have never tried to make jam it would be a great activity to do with your kids and it’s not a hard process it just takes a lot of time. So, schedule a day, get some strawberries and try your hand at homemade jam. I guarantee once you have homemade jam you won’t ever buy store bought again.