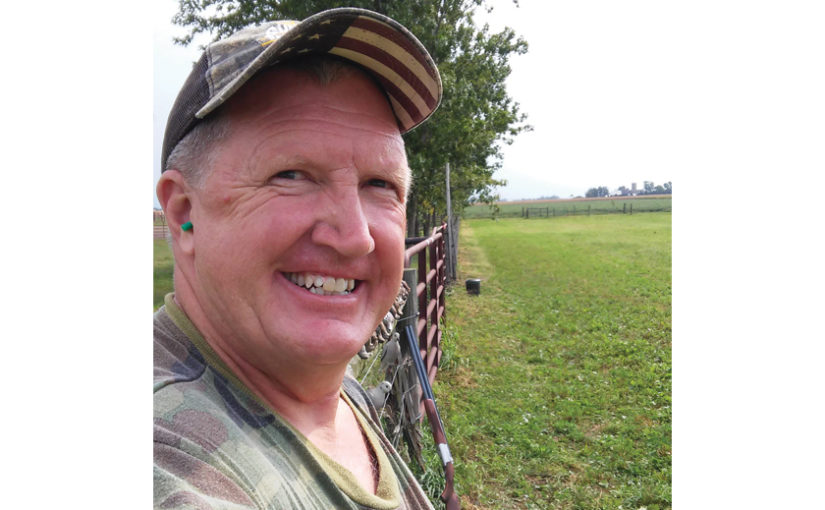 Morning of Success and Tragedy

Steam lifted from the still warm body as it lay.  The crisp sound of the garbage truck alarm beep as he reversed direction resonated through the air.  In the adjacent cul-de-sac, children, those whose mothers forced them to stand and wait for the bus rather than let them keep warm in the family BMW awaiting the arrival of the School Bus were chattering as children do.  At least those without Smart Phones still made rudimentary vocalizations.

The participant was euphoric over his success this morning.  The one-hundred-yard walk through the fringe timber to his truck was made without breaking a sweat. The surrounding flat farm ground had long since been harvested with the fall application of anhydrous ammonia already completed.  Only spring would bring life back into the field for farming purposes. Fringe growth or black timber was the only elevated ground life in this area and only in areas close to the subdivisions or drainage ground unsuitable or as of yet uneconomical for farming, usually one and the same.  Half way through the walk the sound of a vacuum cleaner could be heard briefly when the door opened from one of the homes and the truck motor firing up as one of the occupants left.  Surely, this animal had heard these sounds numerous times and knew each individual dog bark and smell from human activity.  These sights and sounds posed no alarm unless close or in an unusual location!  In the past, the state would limit hunting seasons in this county for fear of too many bucks being taken as the small percentage of fringe along fields and rivers made hunting the animal too easy!

Back to the truck, the individual could not wait to text his compadres with the pictures of this mornings’ activity.  No hurry, the ground would support his four wheeler used for retrieval.  Human assistance would not be necessary other than for the purpose of gloating over his primal undertaking!  The deceased animal normally worked these areas under the cover of darkness but this morning the primal push of testosterone through his blood stream and the female of his species in full breeding estrus dulled his recognition of the transition from dark to light.  His non-recognition cost him his life!

The origin of the bolt flight came from the tent blind erected in a position two weeks earlier so as to allow familiarity of existence. Widow Jones whose house touched the small fringe of timber could see the perpetrator of the blind exiting on most days at a fairly early morning time.  She would feel the loss of a friend and a tinge of anger as she watched the retrieval process.  She had enjoyed the animal’s previous visits, although most without her knowledge, through her yard to consume sunflower seeds scattered around and in her bird feeder and apple consumption as they ripened to the perfect state.  Most visits had been under the cover of darkness.  The visible gawk box, visible from her home, hung on a tree trunk probably gave this animal’s existence away to the interloper, she thought.   How did the animal know the state of the apple crop but as a scent carried in the wind? The gawk boxes gave off no scent of forewarning!  Five years had passed, from button to maturity, before his demise this day.  Had this “human” killer survived in the cold of winter, heat of summer, human pursuit, traffic and the constant pursuit by the song dogs as her friend had!  She knew the answer!  For he had accomplished little but to shoot an instrument taking little or no skill or practice to end the animals’, dulled by close human interaction in his suburban life existence!  She recognized this individual shooting numerous does during past seasons as if a demented need to exterminate the species lived within his cranial mass!  Damn those box or tent abodes!  No skill or accomplishment needed to occupy those structures, she thought!

Widow Jones, having grown up on a farm, had witnessed and experienced the hardships and sometimes graphic details in real death!  Her late husband, a Marine Combat veteran and provider through use of his hands and skill also was a hunter but he utilized a stick bow – then success was not measured in inches as the” hunter” in todays’ world often does!  Hunting was a fact of life in her upbringing and married life, her husband had nailed the racks upon the wall on the back porch as reminders of past success.  Concealment was in the form of non-movement and use of natural vegetation to keep the playing field equal between the participants in the woods was his strategy!

The aroma from the automatic coffee maker and the electronic notification jingle signified completion. She touched the voice activation button on her remote to select a movie for her entertainment this morning.  Not finding a movie to her liking, she punched through the channels, pausing on a “hunting channel” as the individual used a range-finder, grunt call, and scope mounted bolt launcher along with every conceivable gadget in the marketing of this activity before selecting the animal to shoot as three targets munched on pellets in the field as seen through the opening in his tent blind!

Had the espied individual and the” You Tube Hunter” from this morning ever experienced the thrill of her late husband’s respectful manner? Several hours later she heard a knock at the door.  Her Grandson had arrived to check on her status.   He directed her to look out her window towards his truck to see the nice animal he had just taken. His arrival had been delayed from the hour long drive from the wooded hill county to the west and the time needed to drag the animal from the field. The stick hung on the gun rack in the rear window and his only gear was on his back in the form of his clothing.  Her late husband would have been proud!

The modern coffee maker sang the recognizable tune to signify brewing completion. Stay and tell me a real hunting story over a cup.  Grandma, do you think Grandpa would be upset if I retired his old bow and shot a recurve?  A tear came to her eye!  No mention was made of the other events of the morning!